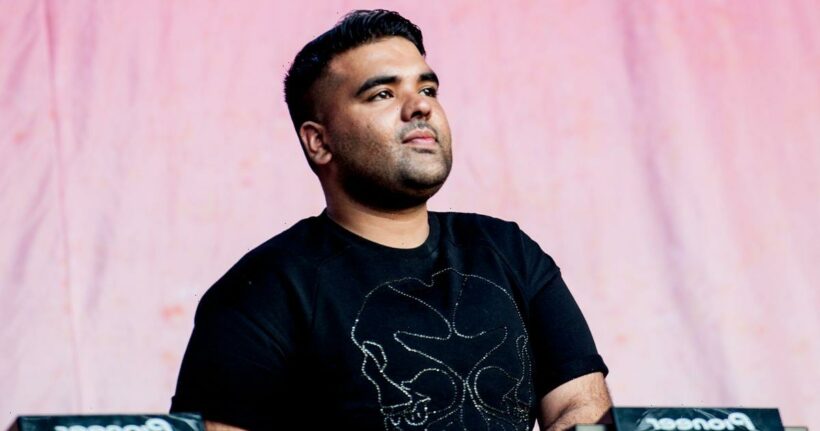 Naughty Boy’s family have taken to Twitter to encourage viewers to “be kind”, and shared an influx of supportive messages they’ve received.

The producer, who’s currently taking part in I’m A Celebrity, has had a rocky start to the show, and haseven threatened to quitafter telling his fellow campmates thathis time on the show was “done”.

Following his on-screen struggles, Naughty Boy,whose real name is Shahid Khan, and his family have been inundated with support, and have encouraged others online to be kinder.

The family shared someone else's tweet on Naughty Boy’s page during the show on the Wednesday 24 November that read: “People with the Be Kind hashtag in their profile slagging Naughty Boy off. If you don’t like him then turn over #ImACeleb”.

One tweet read: “Am I the only one that really feels sorry for Naughty Boy. he’s clearly super anxious and uncomfortable. Yes he knew what he was signing up for but reality only really hits when you’re in the midst of something.”

Another person wrote: “It’s hard seeing @NaughtyBoyMusic and @arlenephillips struggling, yes they knew what they were in for but the lack of food, cold floor to sleep on and doing all the chores takes it toll and would do on anyone. So great to see them happier again. Two sensitive & kind souls”.

A third person penned: “I’m an episode behind but @NaughtyBoyMusic should be renamed ANGEL BOY and I shan’t have a bad word said about him”.

Another viewer applauded fellow campmate Danny Miller for looking out for his friend.

They wrote: “Lovely @NaughtyBoyMusic needs nothing love and support. Danny as usual being caring looking out for him #ImACeleb”.

Meanwhile, someone else said that they appreciated seeing Naughty Boy being his true self, and that they were “enjoying seeing someone on TV with genuine emotions/feelings/moods”.

Earlier this week, Naughty Boy expressed his concerns about joining the Main Camp.

Coming back to his campmates after taking part in a Trial, Naughty Boy declared: "I do think my time here is done."

"I had a feeling earlier, and I was thinking about mum, and obviously I love you guys…

"I don't think after knowing what the Main Camp probably knew what they were putting me through knowing I did the challenge earlier – I don't know if I could ever join that camp."

His niece remained confident that hewouldn’t actually leave the programme, however.

For updates on all your favourite celebs, sign up to our daily newsletter here .