Warner Bros. musical has lost the No. 1 spot to “A Quiet Place — Part II” and now must rely on critical acclaim for a turnaround 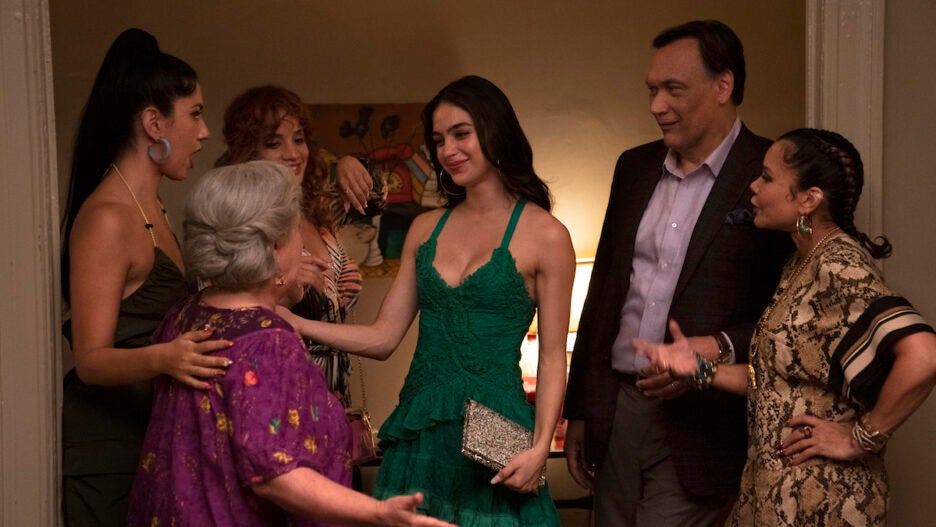 The box office resurgence that began on Memorial Day weekend is wearing off as Warner Bros.’ “In The Heights” has fallen well short of expectations with an $11.4 million opening from 3,456 screens as it has opened simultaneously on HBO Max.

Prior to the weekend, Jon M. Chu’s adaptation of the Lin-Manuel Miranda musical was expected to earn at least a $20 million opening, and hopes were high for the film to overperform off the back of a diverse cast and an upbeat tone that would bring audiences back to theaters. Rave reviews from critics with a 97% Rotten Tomatoes score, along with event film-level marketing from Warner Bros. that constantly proclaimed the film’s connections to “Hamilton” and “Crazy Rich Asians,” was supposed to give the new release even greater momentum.

Instead, audience turnout has been far lower than the horror and blockbuster sequels that have come out so far during this pandemic recovery period, and “In The Heights” has even lost the No. 1 spot to Paramount’s “A Quiet Place — Part II,” which is currently estimated to earn $11.6 million in its third weekend for a domestic total of $108.7 million. Combined with the $10 million earned by Warner/New Line’s “The Conjuring: The Devil Made Me Do It” ($43.6 million total), horror has had a much stronger impact on this week’s charts than a brand new, critically acclaimed musical.

It’s not over for “In The Heights,” as audience reception has been very strong with an A on CinemaScore and a 96% RT audience score. Comscore/Screen Engine’s PostTrak polls showed a 4.5/5 rating and 67% recommend, with Latino turnout predictably strong at 40% of the overall audience compared to 43% White. To find box office success, “In The Heights” will have to turn that post-release buzz into long legs at the box office as an alternative to traditional blockbusters like “F9,” just as “The Greatest Showman” did in 2017 by turning a $19 million opening week into a $174 million domestic run.

But to repeat that comeback success of “The Greatest Showman,” “In The Heights” will have to convince intrigued moviegoers that it is worth seeing in theaters instead of watching on HBO Max. So far this year, Warner Bros.’ decision to release all its films day-and-date on streaming and in theaters hasn’t stopped its biggest films like “Godzilla vs. Kong,” “Wonder Woman 1984” and “Conjuring 3” from posting solid numbers given where they were each released during the theater reopening process.

It is unclear at this point how many people intrigued by “In The Heights” chose to watch it at home this weekend instead of in a theater. But if the film fails at building an image among general audiences as a film that must be seen on the big screen, its potential for box office legs could be siphoned off into streaming, providing further fuel for those in the industry that have been defending the necessity of theatrical exclusivity for new movie releases.

The coming weeks will also be a test of whether older audiences, which regularly support musicals during the later weeks of their box office run, feel confident enough in returning to theaters to see “In The Heights.” Audience demographics for this weekend skewed younger with half of audiences belonging to the 18-35 group.

Also opening this weekend is Sony’s “Peter Rabbit 2,” which earned $10.4 million from 3,346 screens to take the No. 3 spot on the charts between “Quiet Place II” and “Conjuring 3.” The result is consistent with Sony’s projections of a $8-10 million opening and well below the $25 million opening of the first “Peter Rabbit,” as family turnout at theaters continues to lag behind pre-pandemic levels.

Still, Sony is hoping for the live-action/animated hybrid to show the same legs at the box office as pandemic releases like “The Croods: A New Age” and “Raya and the Last Dragon,” which both stayed in the top 5 for months with strong weekend-to-weekend holds and earned domestic runs in the $50 million range.