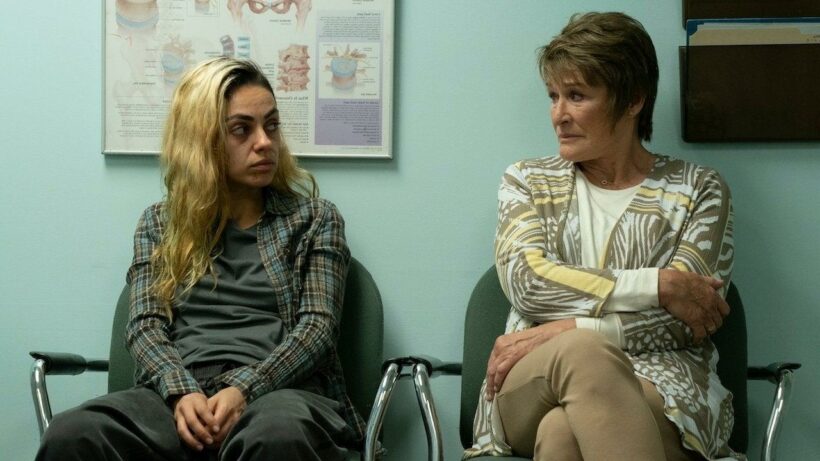 “Well, it was a little exciting,” Libby Alexander says of being portrayed by Glenn Close in a film about her life. “Even though the story is not the story that you would want your life portrayed as. But we do want the story portrayed, because recovery happens. And it was exciting to see Glenn Close playing me. I never thought that would happen in my whole entire life.”

The film is Four Good Days, which stars Close as Deb and Mila Kunis as her heroin-addicted daughter, Molly. After her latest detox, Molly finds a hope at sobriety in an opioid antagonist — which would curb her craving and prevent her from getting high — but she must not get high for the four days before the injection. So, she turns to her mother to help fight her demons, and despite a decade of grief, betrayal and trauma, Deb agrees.

Directed and co-written by Rodrigo García, the film is based on Eli Saslow’s Pulitzer Prize-winning Washington Post article, “How’s Amanda? A Story of Truth, Lies and an American Addiction,” which chronicled Alexander’s experience with daughter Amanda Wendler. That the story wasn’t just true but truthful is what drew Close to the project.

“I took this movie because of that first scene,” Close tells ET. (Watch the clip below.) “Where a mother locks her daughter out of the house. It is so extreme, and you think, ‘Oh, I would never be able to do that.’ But when you think of what their history was and how many times she may have enabled without realizing that she was enabling. It’s love at its most difficult. And knowing that this was a true story, I was very inspired by that and I felt if they got through it, we could get through it.” 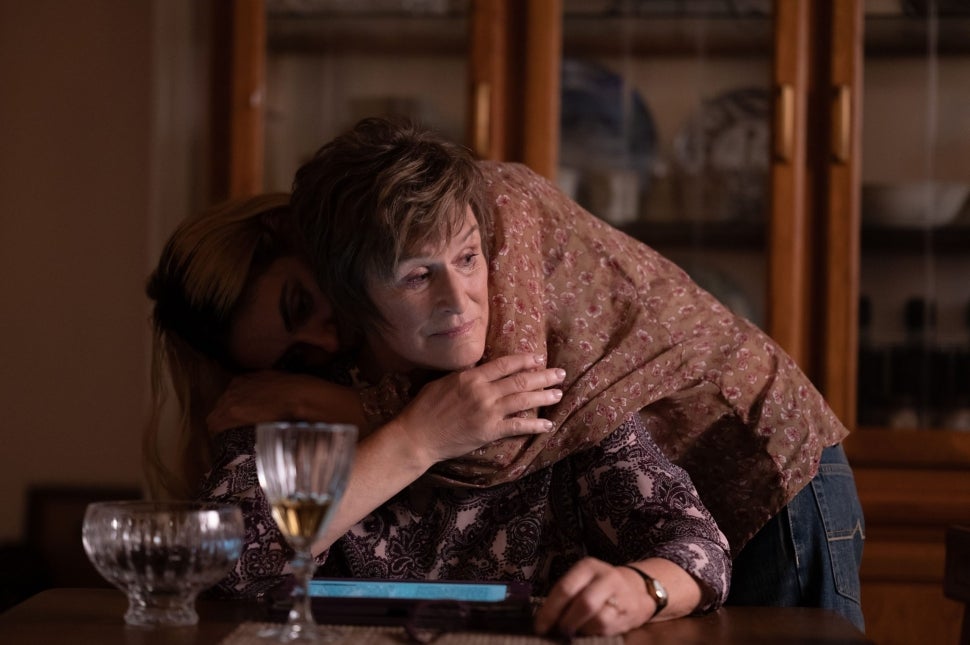 Both actresses sought out their real-life counterparts before filming. For Alexander, she recalls Close wanting to know “what it was like to be an addict’s mom.” And though their talk only lasted a half hour, “She completely absorbed me and the situation and everything,” she says. “It was unbelievable to me. In that short of a conversation, she got it. I mean, when she is portraying me, it was me.”

After connecting with Kunis, Wendler remembers thinking, “I was so proud that she was going to play me. I knew she was going to be very respectful. She’s so down to earth and real. She is a great and powerful woman.” That didn’t ultimately make it any easier to see Kunis portraying her at her rock bottom. “I knew what was coming next, so I knew it would be OK.”

Kunis, meanwhile, found the transformative aspect of the role “very freeing.” “I was fortunate Rodrigo trusted me and was like, ‘I feel like you can do this,'” she says. “And then I had Glenn Close. So, it made me feel really safe to take extreme chances that otherwise you kind of, you know, you tip your toe in the water and here I was like, ‘I’m going to dive in.'”

“You lost weight for that,” Close points out. “And you’re so tiny to begin with.”

“Yeah, that’s temporary. Like, I don’t recommend doing that,” Kunis explains. “It’s much harder to lose weight. Gaining weight back was real easy, guys. That one took me no time. Nobody had to worry about that one. I was like woop, and I’m back.”

For all parties involved, it was worth it to bring Four Good Days into the world. The years of pain that highlighted a mother’s enduring love, then the commitment to capturing that reality while filming, created something Wendler hopes will change hearts and minds.

“What I hope people take away from this is that we have to take the stigma and shame off of addiction and bring some empathy and compassion into it and realize that it’s an illness. It’s a disease and it can be treated. And we do recover,” Wendler says. “My life today, it’s so peaceful. I can breathe. I just hope people take away from this movie that you can do this. You can recover.”