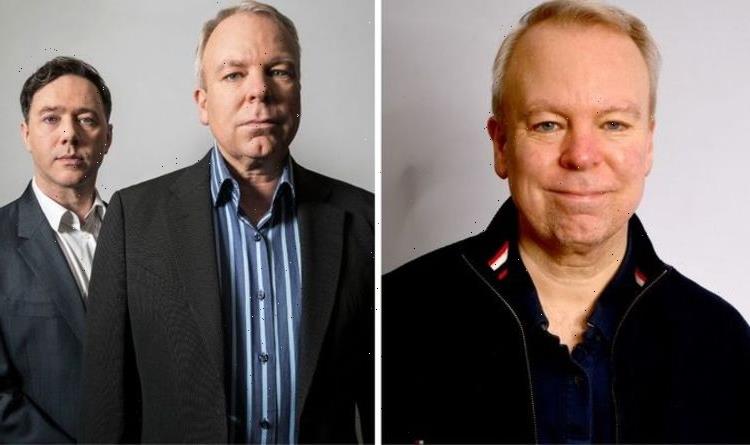 Inside No.9: Steve Pemberton stars in creepy series five teaser

Inside No 9 is a British comedy written by Reece Shearsmith and Steve Pemberton. The BBC series involves self-contained stories that centre around different characters and settings in each episode. Series six of the hit show aired earlier this year, and in an exclusive interview with Express.co.uk, Steve teased whether there will be any more. He also hinted at the idea of putting on a stage show.

Over the years, Inside No 9 has seen a number of guest stars featuring in the series including the likes of Gemma Arterton, Sheridan Smith and Keeley Hawes.

Speaking to Express.co.uk and other press about the future of the show, Steve began: “I think if we managed to do nine series, that would be pretty incredible.

“And then we would drop down dead,” he joked.

The actor went on to discuss the prospect of a film, as he teased: “Who knows?”

Steve continued: “I mean, we’ve talked about doing the stage version of it.

“It fits the 30 minutes slot very well, so we wouldn’t do anything that would turn people against it. But yeah, we’ll see.”

Steve also confirmed that series seven has already been written.

“We’ve written all the episodes and will start filming hopefully at the end of August,” Steve said.

He added: “So we’ve been raring to go. It’s all written and casting is happening as we speak.”

The upcoming series will see a host of famous faces including the likes of Line of Duty star, Daniel Mays.

“But to be honest, there’s so many you know, we’re blessed with such a great heritage of actors, comic dramatic and everything in between.”

“So, yeah, we never run out of people. That’s why we don’t like recycling,” he joked.

Series six of Inside No 9 aired in May this year.

In each episode, a new character was introduced, and the characters included famous actors.

However, Steve and Reece didn’t have an easy time filming for the BBC series.

Production for the comedy was impacted by the COVID-19 pandemic.

Speaking to Radiotimes.com, Steve and Reece said: “We started filming in March last year but had to hit pause due to the pandemic.

“After a nine-month gestation, it’s a relief to finally deliver our sixth series to the world.”

Inside No. 9 is available to stream on BBC iPlayer.