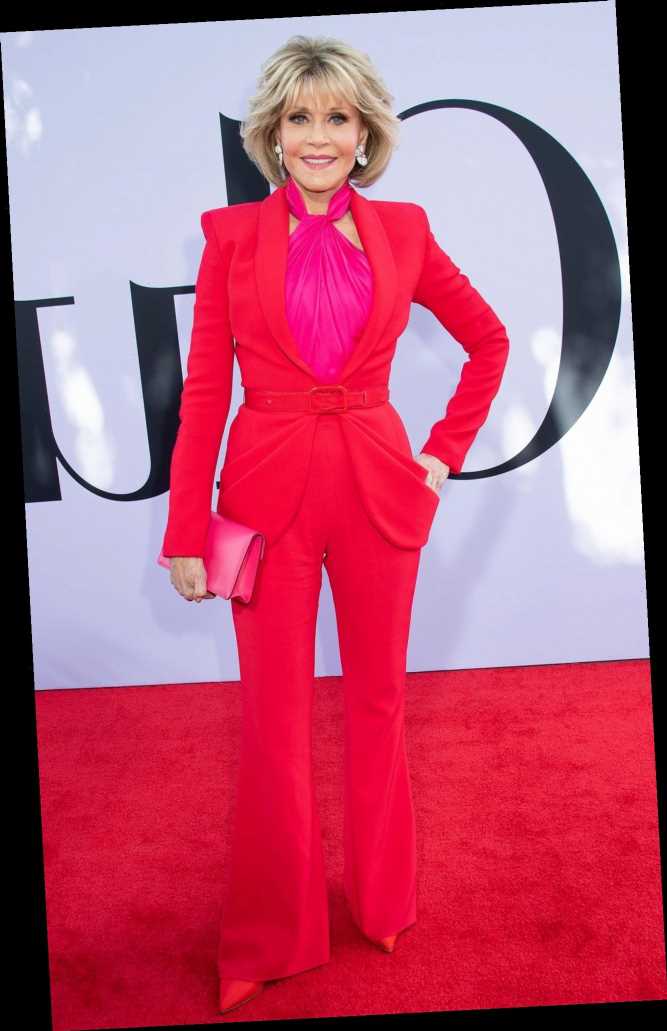 Jane Fonda is hitting another milestone in her illustrious career.

The 83-year-old actress will receive the Cecil B. DeMille Award at the 2021 Golden Globe Awards, taking place on Feb. 28.

Fonda's career spans 57 credits in films such as Barbarella, Book Club, Barefoot in the Park, 9 to 5 and in TV shows like Grace and Frankie.

"For more than five decades, Jane's breadth of work has been anchored in her unrelenting activism, using her platform to address some of the most important social issues of our time," Sar said. "Her undeniable talent has gained her the highest level of recognition, and while her professional life has taken many turns, her unwavering commitment to evoking change has remained. We are honored to celebrate her achievements at the 2021 Golden Globe Awards." Fonda joins the ranks of other Cecil B. DeMille award honorees including Tom Hanks, Oprah Winfrey and Jeff Bridges.

Fonda has won two Oscars with Best Actress wins in 1971's Klute and 1978's Coming Home and is a seven-time Golden Globe winner. She received the AFI Life Achievement Award in 2014.

She has also written several books, most recently What Can I Do?: My Path from Climate Despair to Action, which details her personal journey with taking action on climate change and finding solutions for communities.

The actress, who has been an activist since she aligned herself with the Black Panther Party in the late '60s, was arrested five times during Fire Drill Fridays, a reoccurring climate protest in Washington, D.C. that occurred in the fall of 2019.

The actress can next be seen in the seventh and final season of Grace and Frankie on Netflix.