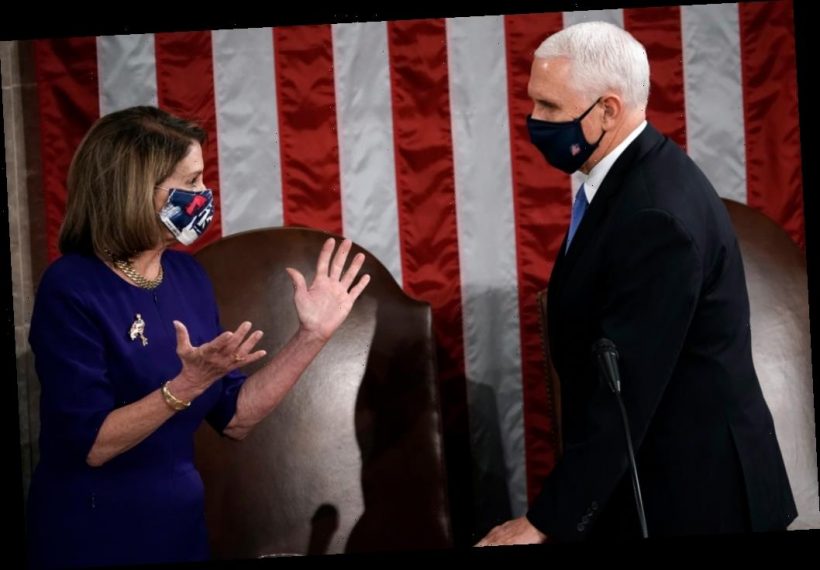 PREVIOUSLY, A joint session of Congress gathered to count the Electoral College vote on Wednesday, in what was expected to be raucous proceedings with dozens of Republican lawmakers planning to challenge the results and President Donald Trump seeking to overturn Joe Biden’s victory.

The objections to Biden’s victory started quickly, when Rep. Paul Gosar (R-AZ) and Sen. Ted Cruz (R-TX) objected to the electoral results in Arizona, and some of their Republican colleagues broke into applause. That triggered a process in which the Senate and the House will withdraw to their respective chambers, even though Trump’s allies do not have enough votes to block Biden’s 306-232 victory.

“That was an awkward moment to seeing a standing ovation to questioning democracy,” Chuck Todd said on MSNBC. Some 140 House Republicans and 16 Senators are said to have signed on to efforts to challenge the results.

On Fox News, Chris Wallace said that “we’ve never seen anything like this.”

“Usually this is the point when everybody comes together, losing hurts, but they sit there and say for the greater good of the country and in keeping with our democracy and our constitution, we’re going to recognize that the person who got the most electoral votes won the election,” he said. “And the fact that that’s not going to happen today is kind of sad.”

Much of the focus was on Vice President Mike Pence, who is presiding over the proceedings. Although it has been ceremonial role, Trump has tried to pressure Pence to reject the results, even though he does not have the authority to do so. Pence largely went by script, leaving objections to the congressional lawmakers.

The plans to object to the Electoral College victory have created sharp divisions among Republican lawmakers. Senate Majority Leader Mitch McConnell was expected to deliver a speech on the Senate floor, outlining why he thinks that the effort to block the electoral vote was futile and even damaging.