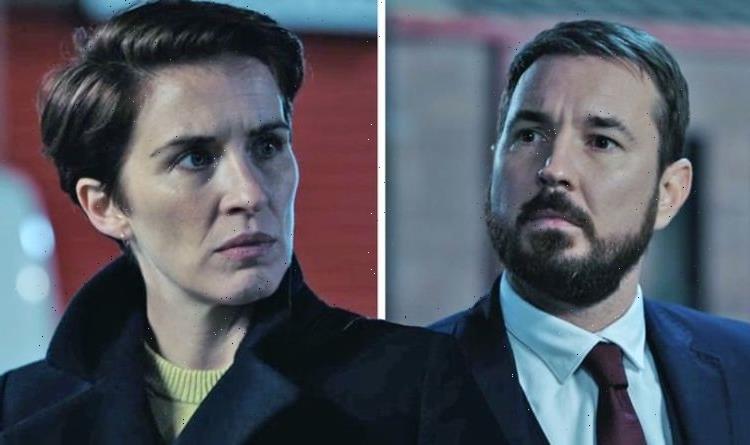 Line of Duty fans were mostly underwhelmed by season six’s finale which saw DS Ian Buckells (played by Nigel Boyle) revealed as the fourth man in H. Superintendent Ted Hastings (Adrian Dunbar) ended up leaving AC-12 while DS Kate Fleming (Vicky McClure) and DI Steve Arnott’s (Martin Compston) jobs were left hanging in the balance as DCS Patricia Carmichael (Anna Maxwell Martin) took over the department. Speculation has been rife as to whether there is going to be a seventh series and if there is, viewers are convinced romantic sparks will finally fly between Kate and Steve.

It comes after one of the final scenes saw Kate sit down with a counsellor from the health department.

He said: “We recognise police officers experience stress and pain in their work.

“They can take many forms, particularly when an officer’s witnessed lethal violence or taken part in it.

“Now that’s when the support of friends, family, colleagues can make all the difference,” he continued. 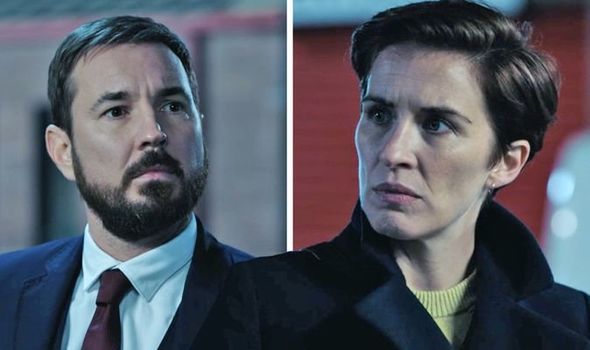 Kate replied: “Me and my partner are separated. I’ve got a son Josh, he keeps me going.”

And the counsellor added: “And colleagues?” To which Kate said: “Yes I’m lucky, I’m working with one of the best.

“To be honest, I don’t know what I would do without him [Steve].”

Fans were confused by Kate’s remark about Steve and how she cherished so much and they took to Twitter to discuss.

“This scene baffled me! Steve and Kate become an item in S7 is my guess? #LineOfDuty #LineofDutyFinale,” a tweet read.

Someone else wrote: “I just just just wish that Steve and Kate had a snog. That would have been perfect #LineofDuty @martin_compston @Vicky_McClure.”

“Why does Kate refer to Mark as her partner and not husband. and why does she talk about Steve and not Jo. And what about Hastings? lol???” A fan mentioned in reference to the scene.

And one replied: “They’re setting us up for steve/kate romance in s7.”

Ever since Kate and Steve started working together, they have always been mates.

Steve has had a few dalliances over the years, while Kate became married to her job and as a result, her actual husband decided he didn’t want to hang around and wait for her to return home in the early hours every night and they separated, with him taking the majority of custody over Josh.

In season six, there wasn’t much interaction between Kate, her ex-partner and son – unlike previous seasons.

instead, there was some questionable flirting with DCI Joanne Davidson (Kelly Macdonald).

Steve, on the other hand, confessed his interest in Steph Corbett (Amy De Bhrun).

Line of Duty seasons one to six are available to watch on the BBC iPlayer now.