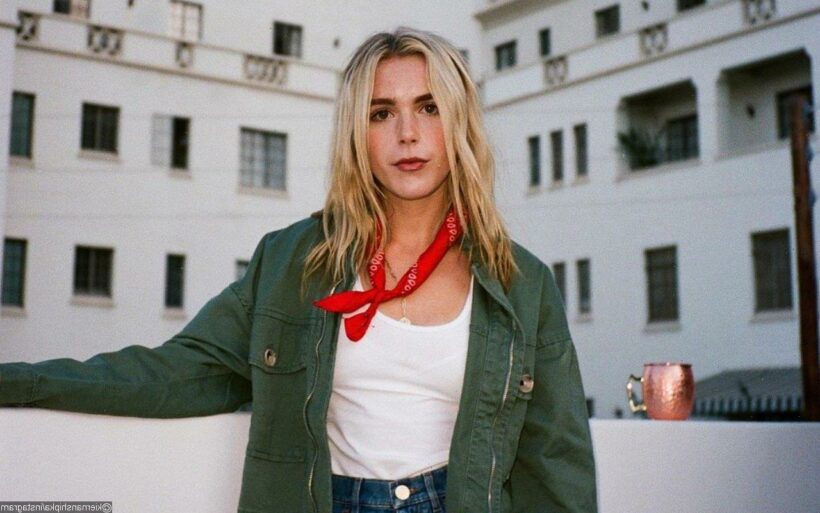 The star of ‘Riverdale’ spin-off ‘Chilling Adventures of Sabrina’ will be reprising her character for the biggest crossover event between the CW series and the Netflix show.

AceShowbiz –Kiernan Shipka‘s Sabrina Spellman will be visiting the town of Riverdale. It has been confirmed that the star of “Riverdale” spin-off “Chilling Adventures of Sabrina” will be reprising her character Sabrina for the biggest crossover event between the CW series and the Netflix show.

Confirming the crossover was showrunner Roberto Aguirre-Sacasa. “We’ve been talking about having Sabrina visit Riverdale since season 1, so it’s thrilling that this is finally happening, as part of our ‘Rivervale’ special event,” he told Entertainment Weekly in a statement.

“It’s also perfect that she shows up to help Cheryl Blossom during her hour of greatest need. Everyone on set lost their minds — I think fans will, too. It’s really fun and special,” he teased.

Sabrina will be seen in the sixth season’s fourth episode titled “The Witching Hour(s)”. According to a logline description of the episode, the episode will see Madelaine Petsch‘s Cheryl performing a dangerous spell, one that may mean the difference between life and death for a beloved member of the Blossom family. Fortunately, Sabrina will be offering help to Cheryl as she visits Riverdale from Greendale.

While the crossover is exciting, it also raises fans eyebrows considering that [SPOILER ALERT] Sabrina died in the series finale of her Netflix show. While it won’t be surprising for a supernatural being to return from the grave, fans can’t help but curious how exactly the show incorporate the timeline.

That aside, Kiernan is set to appear in a Halloween podcast movie called “Treat” which debuts on Oct. 25 on all podcast platforms. She plays a high school student named Allie West who lives in a seemingly perfect American town. She, however, turns out to be making a deal with a mysterious outsider possessing supernatural powers to help it recover from social turmoil.