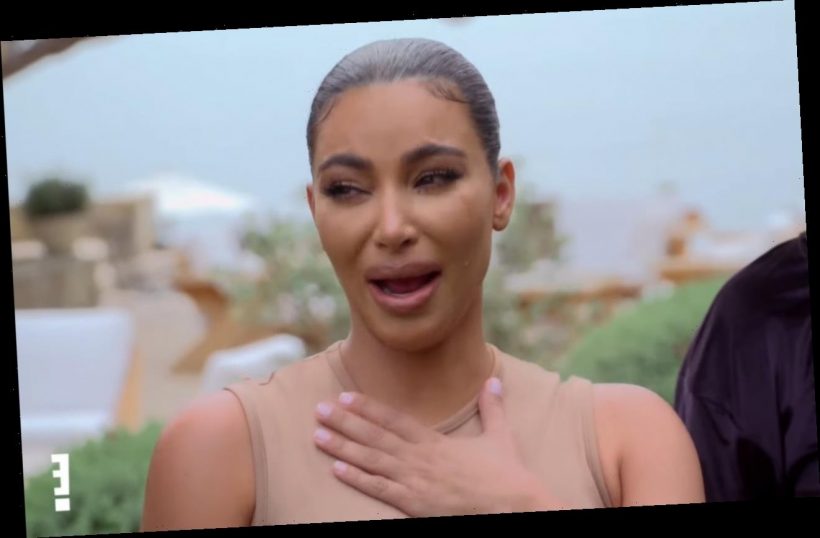 In another part of the trailer, Kim Kardashian can be seen telling some family members that she caught sister Kourtney Kardashian and her ex Scott Disick sleeping together on the couch.

AceShowbiz -The curtain is about to close! On Thursday, January 28, “Keeping Up with the Kardashians” finally unveiled the first look at its 20th and final season which sees the famous clan getting emotional ahead of the end of the show.

In the trailer, Kim Kardashian can be seen telling some family members that she caught sister Kourtney Kardashian and her ex Scott Disick sleeping together on the couch. “They’re definitely made for each other,” Kendall Jenner says of the former couple, who shares three children together. “Like, they’re supposed to be together.”

Meanwhile, Khloe Kardashian is having a discussion with Tristan Thompson as she wants to have another kid together. Elsewhere in the trailer, the Kardashian-Jenners are gathering for some tearful moment, seemingly to celebrate the final season of their long-running reality TV series.

“I’m just really blessed that we have this opportunity to even do this. We have a lot of memories,” Kylie Jenner says of doing the show for 14 years. “I just want you to know that I really appreciate you guys–everyone of you,” Kim shares while trying to hold back her tears. Before the end of the trailer, Kris Jenner wonders, “Did we make the right decision by walking away?”

“Keeping Up with the Kardashians” will air its 20th and final season this March. Kim announced the matter in an Instagram post in September 2020. “It is with heavy hearts that we’ve made the difficult decision as a family to say goodbye to Keeping Up with the Kardashians,” Kim wrote at the time. “After what will be 14 years, 20 seasons, hundreds of episodes and numerous spin-off shows, we are beyond grateful to all of you who’ve watched us for all of these years – through the good times, the bad times, the happiness, the tears, and the many relationships and children. We’ll forever cherish the wonderful memories and countless people we’ve met along the way.”

“Thank you to the thousands of individuals and businesses that have been a part of this experience,” she added, “and, most importantly, a very special thank you to Ryan Seacrest for believing in us, E! for being our partner, and our production team at Bunim/Murray, who’ve spent countless hours documenting our lives.”

Season 20 of “Keeping Up with the Kardashians” will premiere on March 18 on E!.