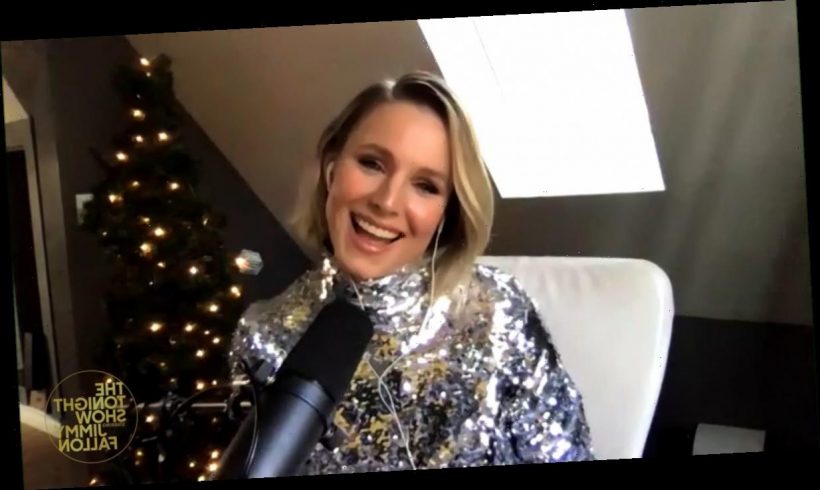 Kristen Bell and Dax Shepard are open about their marriage. At the beginning of the coronavirus (COVID-19) pandemic, they shared how they were getting on each other’s nerves. When Shepard broke his sobriety, he opened up about how Bell helped him regain it. Now, Bell identifies one of the major differences they both work through to keep their marriage working.

Bell was a guest on Alec Baldwin’s Here’s the Thing podcast on Jan. 12. She explained how she and Shepard speak different love language. They also learned to become fluent in each other’s needs.

Bell credited therapy with helping her and Shepard identify their different needs. She explained the differences thusly.

Shepard needs Bell to express herself in a different way.

“For him, it’s meeting him at the door,” Bell continued. “He could give a sh*t what’s in the fridge. He doesn’t care if I’ve ordered him dinner. So if I’m sitting up in my bedroom or I’m playing with the girls or I’m on my computer or watching TV and I don’t sort of meeth im with a hug, he’s like, ‘I could care less what’s in the fridge. I want to see you.’ His is very much physical affection as in eye contact, hand on the shoulder when we’re on the couch. He wants to be snuggling.”

Bell recalled how she and Shepard hit stumbling blocks before they learned to anticipate each other’s needs.

“I’m less physical,” Bell said. “I don’t need anyone to jump up. I’m like, ‘Everybody stay seated, I’m fine, I’m the mom, I’m doing my own thing and I want to take care of everyone else.’ It was just stuff like that and I would be like, ‘But I ordered you dinner.’ He’s like, ‘But I don’t care about dinner. I want you to get up off the couch and give me a hug.’”

Once she understood that her husband required different forms of expression, she could express herself in the way he understood.

Baldwin related to Shepard’s desire for emotional reassurance. Bell concurred that she’s observed it in many men.

“It’s really healthy to be able to communicate that to your partner,” Bell said. “No one can be generalized. I don’t want to make this broad and sweeping but I’ve known a lot of men like that where it is quite simple. It’s just presence. It’s being present with them and communicative in the simplest way of just a reminder that the foundation exists and that you are still attracted to and love them. Whereas, my love language is let’s go.”