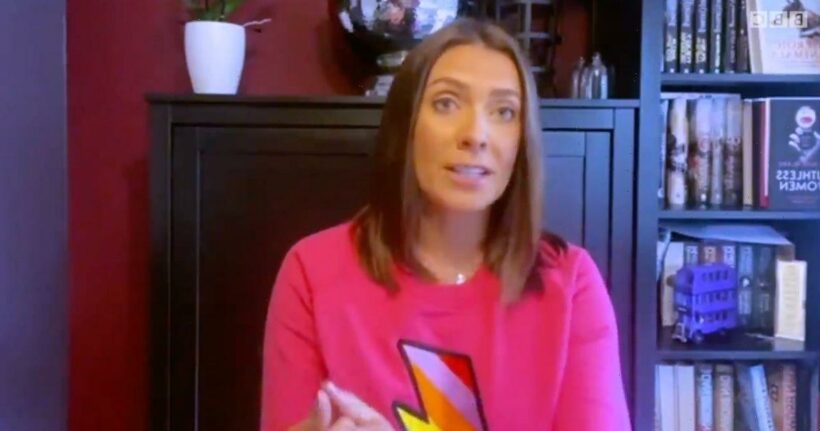 Kym Marsh is being forced to miss Morning Live after her son David tested positive for coronavirus, she revealed on Monday.

The TV presenter called in from home to explain her absence from the show, saying she’s having to isolate as per government guidelines because her 26-year-old has fallen sick.

Speaking to Gethin Jones and Janette Manrara in the studio, the former Coronation Street star expressed her frustration at having to be away from work.

When Gethin said she’d been “having a week of it”, Kym sadly agreed as she spoke from her home office, and said: “Yeah, so I wasn't well last week, I think you already mentioned that.

“I'd had a bad cold, and had two PCR tests both negative, but still was kind of coughing all over the place.

“I travelled home as always on the weekend, to be with my family, with my kids, and then over the weekend my son has tested positive for Covid. So not great.”

“He's okay. He's not doing too badly,” Kym said. “So it's come from his girlfriend, his girlfriend is also self isolating. She's been really, really poorly.

“David hasn't so far been as poorly as she has but today he said he's aching more today and he's coughing more as well. But up to now, he's doing okay, so fingers crossed he'll be alright.”

The sickness comes at a tough time for Kym, who announced thather dad had been diagnosed with prostate cancerjust last week.

As a result, she’s been missing from her usual position on the morning chat show.

Kym shared her father Dave's incurable prostate cancer diagnosis with OK!, stating that the cancer has spread to his bones.

While he has been his cancer is incurable, Dave is determined he to walk his daughter down the aisle on her wedding day later this year.

"My biggest hope is the treatment keeps working and gives me more time with my family," he said.

"I want to be fit and well enough to walk Kym down the aisle after she recently got engaged."

"It's something to look forward to, and making sure I'm there means the world to me," he continued.

"I've been very lucky because I have a wonderful family who support me, and that's a huge help."

Morning Live airs weekdays from 9.15am on BBC One.