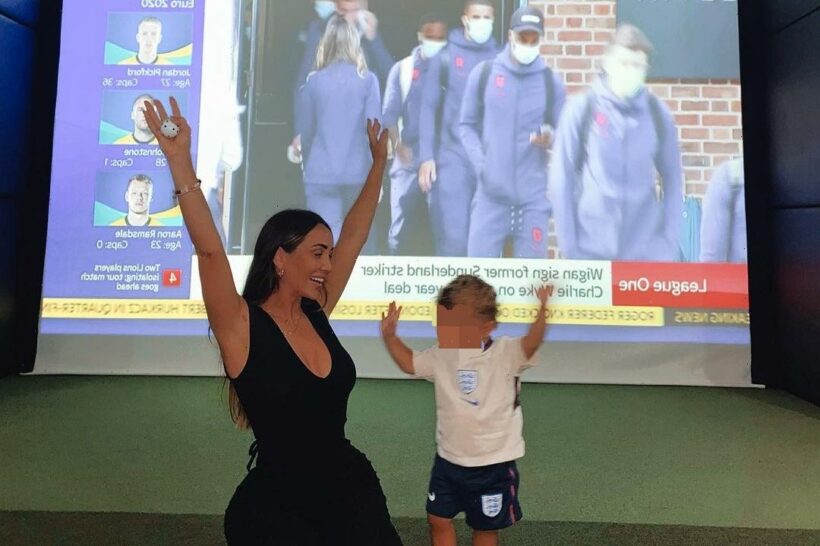 LAURYN Goodman has shared a picture of her son with Kyle Walker supporting England this evening – and fans spotted the footballer in the background.

The reality star, 30, uploaded the shot of 14 month old Kairo in his England shirt in front of the TV as the players appeared on screen. 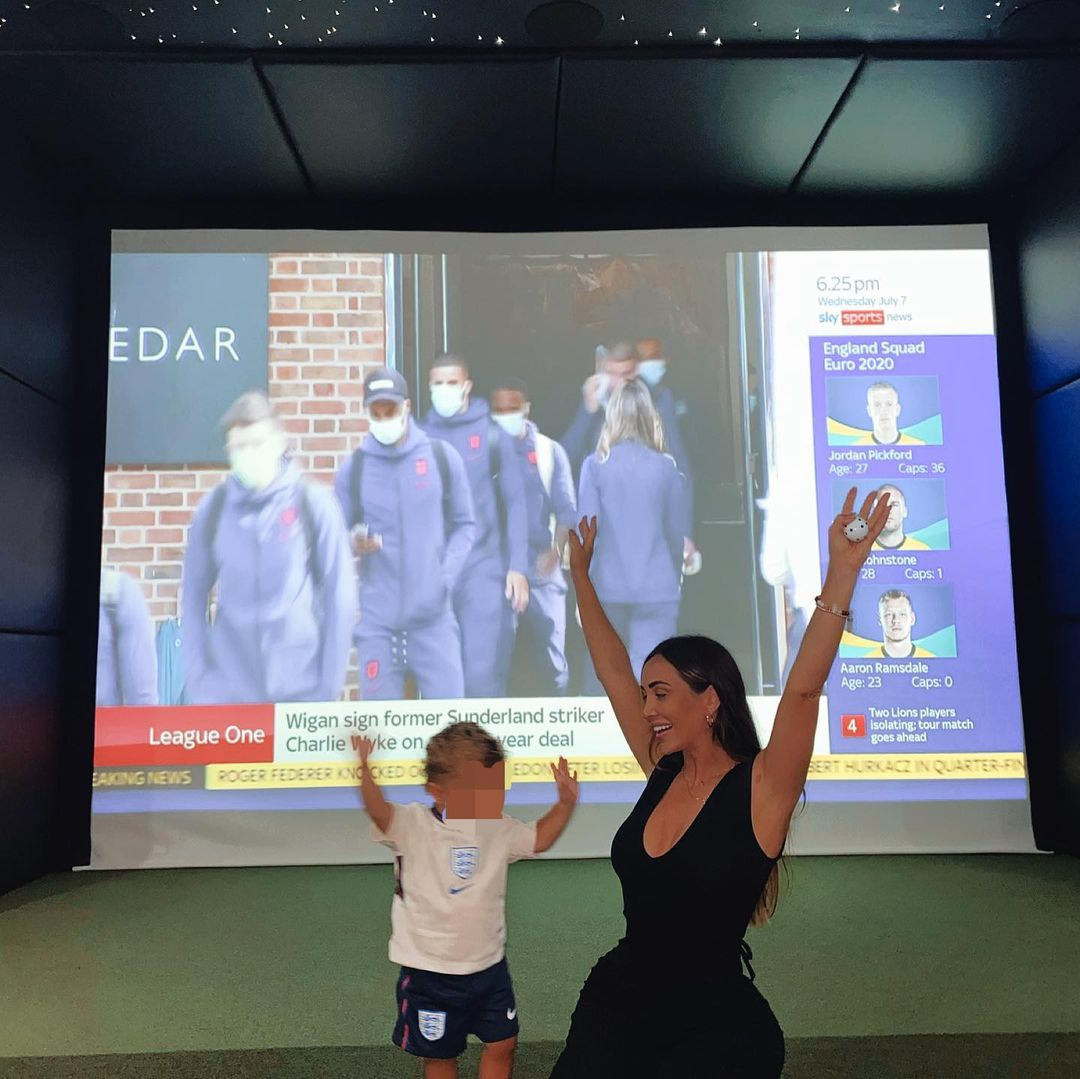 Lauryn’s followers were quick to spot her ex, with one person commenting:  “Lauryn you absolutely kill me getting him in the background 😂😩😂😂.”

The starinsisted it wasn’t a deliberate move, writing: “Wasn’t intentional! ❤️ but I mean it’s a cute pic nonetheless ❤️”

Lauryn gave birth to her and Kyle's son last April, with the pair embroiled in a fling in 2019 while he was briefly separated from partner Annie Kilner. 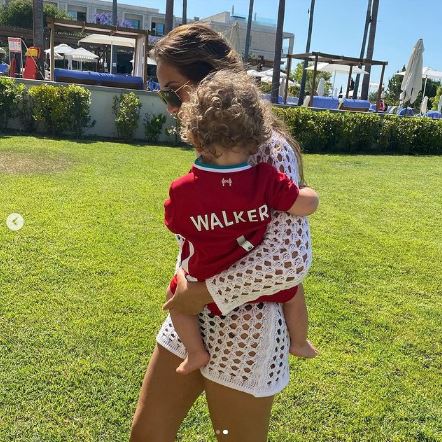 The pair have failed to see eye to eye since and Lauryn recently berated him for excluding his son.

The footballer sparked backlash when he showed off the shoes on Instagram, emblazoning his other three children's names – Riann, Reign and Roman – and dates of birth on the side.

In response, Lauryn targeted brand Puma in a petition – urging them to stop endorsing Kyle after they provided him with the boots. 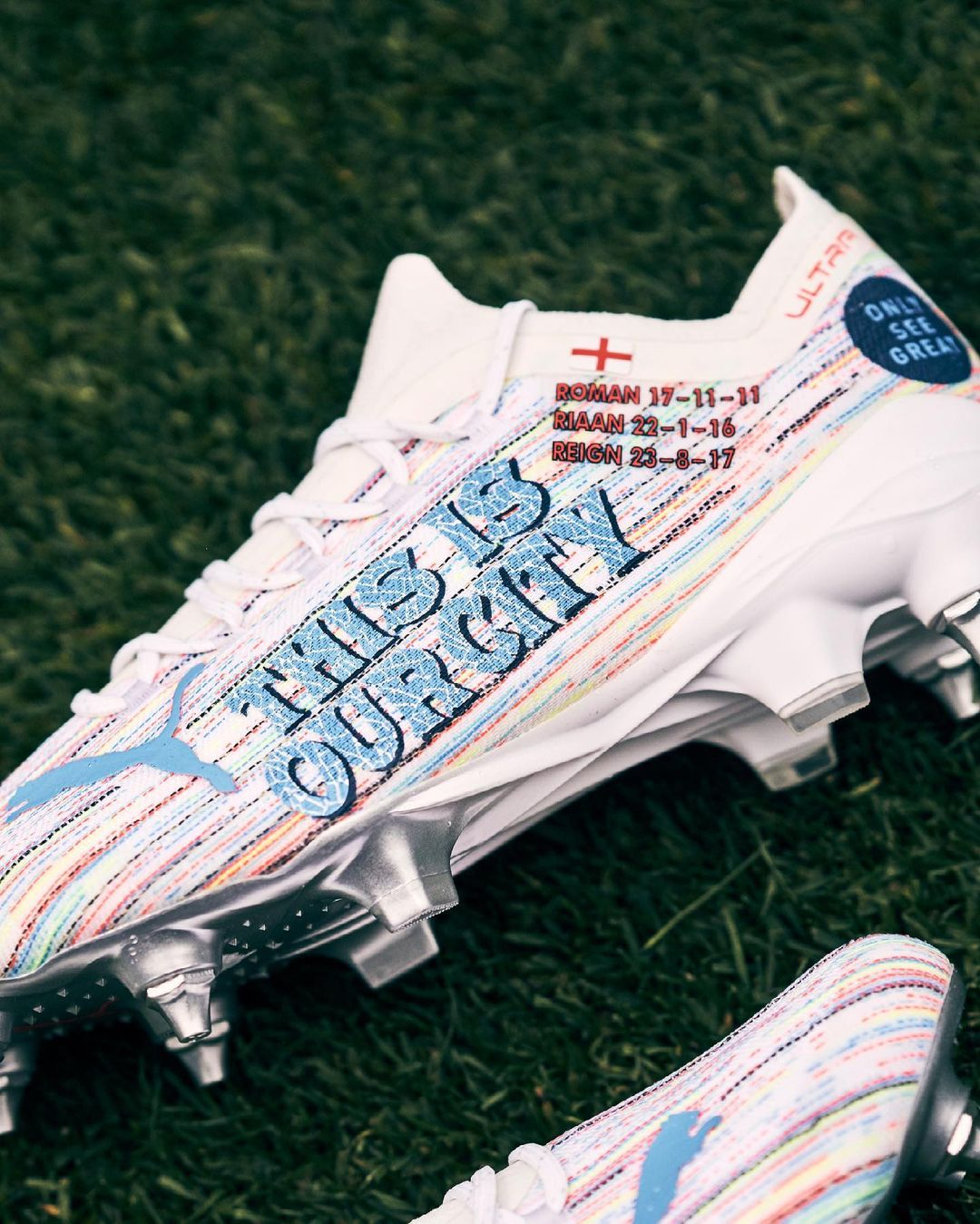 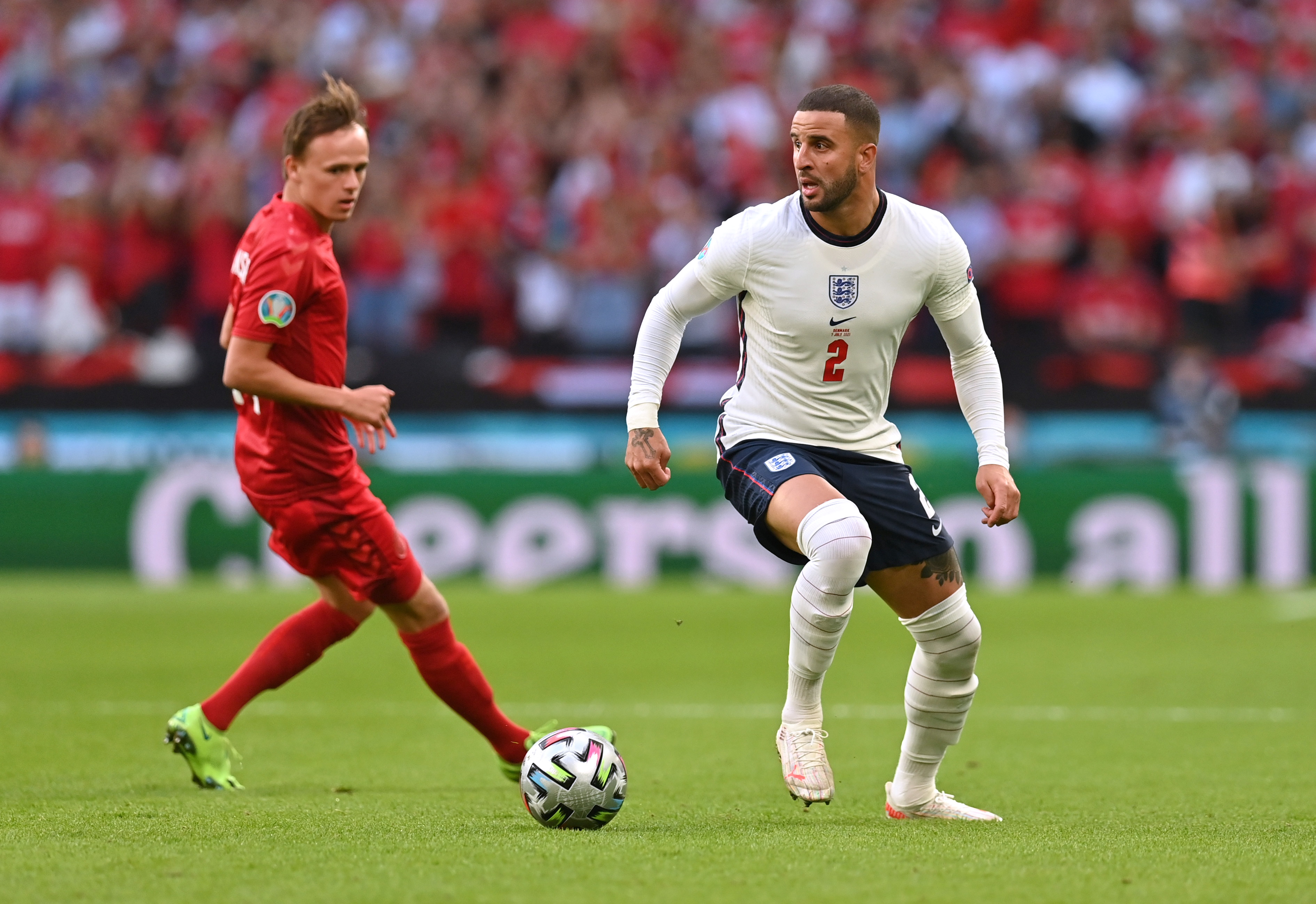 An upset Lauryn said: "Kairo's father's latest post (@kylewalker2) has not only absolutely shocked me but shocked everyone to the core. Things posted on the internet are there forever and Kairo has been abused by him and his partner for far too long.

"He is 1 years old. He is an INNOCENT baby. No matter anyone's opinion on me, Kairo has done NOTHING & he does not deserve any of this let alone publicly. 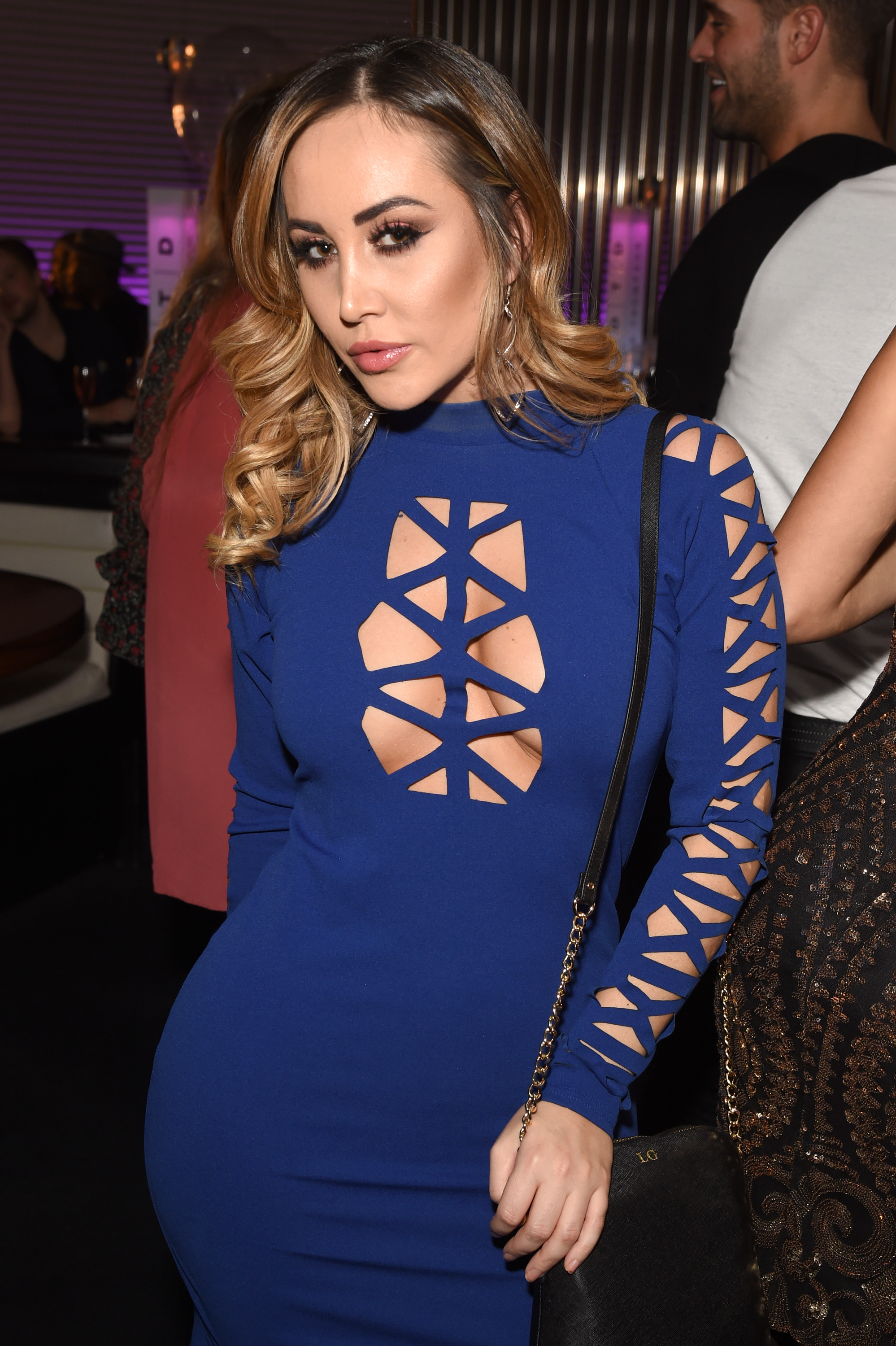 "I speak for the many women that are silenced. Believe me when I say there are SO many more women in my situation. More than you could EVER imagine and a lot of people have dm'd me finding comfort in me not being silenced. They praise me for standing my own ground and not hiding Kairo. Why should he be hidden? To give his father an easy life? NEVER.

"There is keeping him private for his own protection (which is needed after the lies and stories his partner sold) and then there is ignoring his existence. Your own flesh and blood, Kyle. The latter will never happen – he is not going anywhere."