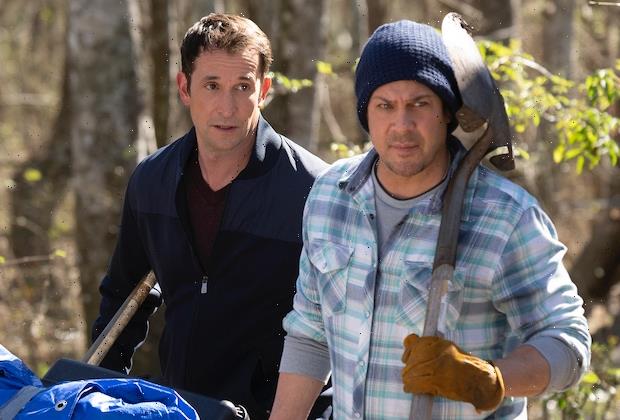 The con will be back on this October, when Leverage: Redemption releases the back half of its season on IMDb TV.

Cancelled TV Shows That Came Back

In the amusing-ish video above, the cast reveals that the second batch of eight episodes will be released on Friday, Oct. 8, thus concluding the revival’s 16-episode freshman run.

Series vet Aldis Hodge, who juggled the revival with other commitments, returns as Hardison in one of the upcoming episodes.

They join the previously reported James Marsters (Angel, get details), LeVar Burton (Star Trek: TNG, watch a sneak peek) and Andrea Navedo (Jane the Virgin), the latter of whom will continue her arc as U.S. Marshal Maria Shipp.

Want scoop on Leverage: Redemption, or for any other show? Email [email protected] and your question may be answered via Matt’s Inside Line.