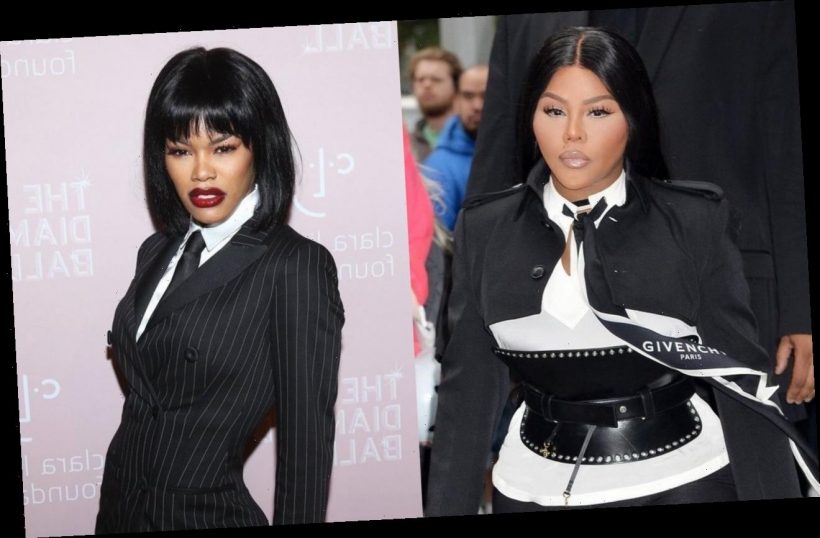 The ‘Magic Stick’ femcee would love to have the ‘K.T.S.E.’ star play her as she hints at developing a movie about her life and career in the entertainment industry.

AceShowbiz –Lil’ Kim has casted her vote as to who should play her in a biopic – Teyana Taylor.

The “Magic Stick” star has been hinting that a film about her life and career is in the works, and told Essence magazine that she’s already has her eye on a potential person to star as her.

“It can only be a girl that’s from the hood that I’m from (to portray me),” she said. “There’s nobody else in the industry at all but Teyana.”

But if “Coming to America 2” star Teyana isn’t available for the gig, Kim might look closer to home and cast an unknown from her hometown of Brooklyn in the biopic.

“I love Teyana, but she’s from Harlem. Before Teyana, I would love to get some little girls from Brooklyn a chance so I can connect. Really connect,” she mused.

Kim was previously portrayed on screen by Naturi Naughton in 2009’s “Notorious“, but was never a fan of the film – which told the story of her ex, murdered rapper Notorious B.I.G.

“I hate that movie. To me, it was like a spoof. It was something that I would have never approved. I didn’t like who played me. No. No, no, no, no,” she said at the time.

The rapper also dissed Naughton in a previous interview, “I would have never picked Naturi. She doesn’t have a Lil’ Kim aura at all! She looks nothing like I looked back then. We have NO similarities. Watching her on-screen was so ‘dreadful’ as Simon Cowell would say. She is tasteless and talentless.”

Biggie’s mother, Voletta Wallace, hit back at Lil’ Kim, “She felt the character we chose for her was too dark… Do you know why the character was too dark for her? Because she’s a white woman trapped in a black woman’s body, and you can tell the world I said it, because those are Lil’ Kim’s words. She should be ashamed of herself.”

Meanwhile, Naughton said, “I did my absolute best. I decided, if I’m going to do Lil’ Kim, I’m going to murder it. I’m not going to halfway this character.”

She went on, “I learned everything. I embraced the tone, the style, the swag, Brooklyn; I made sure the best way that I could. I wanted to honor her because she was so dope and I grew up loving the Notorious B.I.G. and Junior Mafia. It was legendary. So I just wanted to do it justice.”