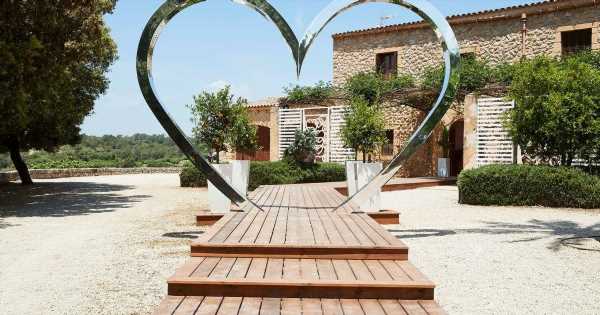 Fans of Love Island are in for a double dose of romantic shenanigans next year as show bosses at ITV and Lifted Entertainment have announced that 2023 will see not one, but two new series hit our screens.

Kickstarting the new year with a return to South Africa, a fresh batch of islanders will be entering the villa in search of fame and fortune as they try to find the love of their lives.

But if one dose of drama, intrigue and countless couples isn’t enough, the show will also be returning to Mallorca for the summer season, with the nation’s favourite dating show once again returning to the Spanish island for another eight week run.

Officially the biggest programme of the year in the 16-34 age bracket based on viewing figures, a whopping 7.5million people tuned into the debut episode of the latest series earlier this month.

Whether it’s entertaining fans who have watched from the very beginning, or captivating new viewers with witty promos, nail biting teasers and a constant supply of eye candy, Love Island has cemented its place in many of our hearts – while also dominating the national conversation.

Speaking about the upcoming plans for next year, Paul Mortimer, Director of Reality Commissioning and Controller, ITV2, said: “Love Island has once again proved itself to be the nation’s favourite talking point across the summer, and we’re always blown away by the show’s ongoing impact and talkability amongst our younger audience.

"So, rather than just serving up a Summer of Love, we thought we’d make 2023 the Year of Love with two full series of the show.”

Throughout the show’s eight season run, so far the show has spawned multiple long term couplings, four weddings, seven babies, not to mention having launched dozens of careers as it propelled contestants into the glitzy heights of stardom.

In a lot of ways it has changed many contestants lives, with many former Islanders keen to see the show continue in the hopes of helping more stars to find love.

Speaking about her time on the show, season two’s Olivia Bowen shared how Love Island had introduced her to the love of her life, Alex Bowen – with the couple even recently welcoming their first child together.

Olivia said: "Love Island changed every aspect of our life. From meeting someone, to falling in love, to getting to getting married and having a baby on the way and completely changing our careers.

“The experience opened up so many new and different doors, as well as so many new experiences for Alex and I. The best part was obviously meeting each other and now having a baby!

“The experience has changed us both as people and has given us such an individual life experience.” A similar sentiment was also echoed by season 7 stars Faye Winter and Teddy Soares, who attributed their unbreakable bond to their time on the show.

Faye said: “We know without love island our two worlds would never have met. We were put through tests which proved our connection was real and untouchable, showing the world that two opposites can attract.

“We were able to learn so much about each other in such a short period of time yet we are still learning but with an amazing unbreakable bond which we owe love island for.

“We were able to have fun and focus on ourselves and each other without any outsider distractions it was an incredible two months with so many highs and can’t lie a couple of Lows however we now each other and are forever grateful to ITV, not only did it bring us together but also taught us so much about ourselves as individuals.”

Love Island continues every night at 9pm on ITV2.

For the latest Love Island gossip and spoilers, make sure to sign up to OK!'s daily celebrity newsletter and Factor 50 – your one stop for all the latest villa news.