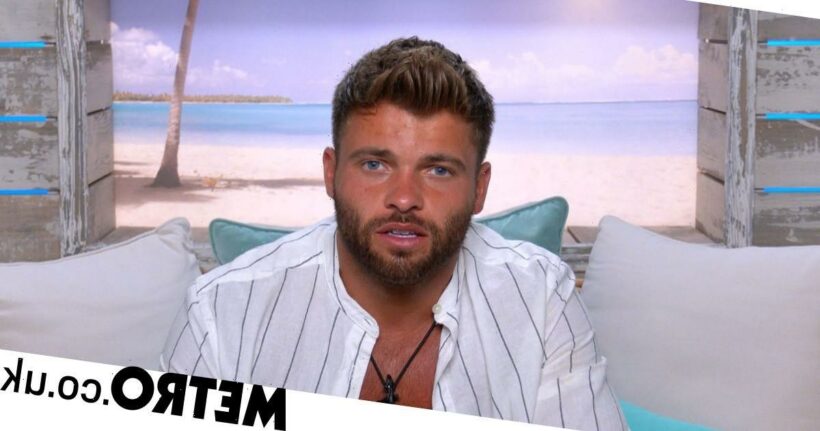 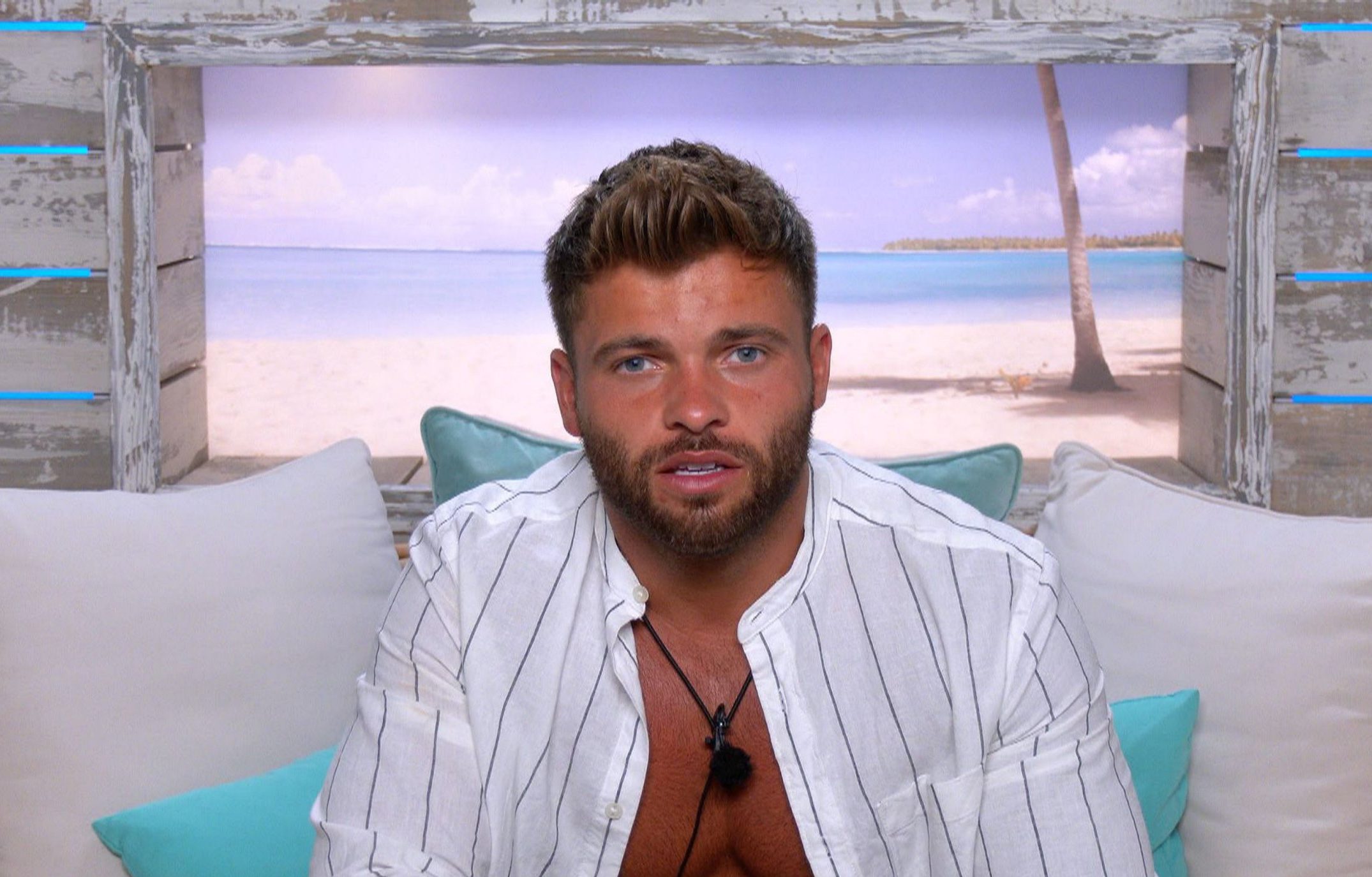 Jake was coupled up with Brummie beauty Liberty Poole on the ITV2 show until the pair’s romance came to an abrupt end just days before the finale.

After realising things were not working out, the duo left amicably together before a couple of awkward interviews after their exit.

However, with fans having been eager to see the pair reunite on Sunday’s extra dose of villa gossip, they were left disappointed.

Laura told those watching at home: ‘Jake can’t be with us as he isn’t feeling well this evening.’

The host went on to send out ‘lots and lots of love’ to the contestant.

She swiftly moved on to give viewers a first update of what the islanders have been up to since leaving.

The show’s remaining couples have all since been reunited after having to quarantine upon arrival to the UK.

Tyler Cruikshank had a very special surprise for Kaz Kamwi upon meeting with the pair’s friends and asked her to be his girlfriend.

A delighted Kaz quickly accepted and the couple appear to be going from strength to strength.

This year’s winners Millie Court and Liam Reardon were over the moon to be back in each other’s arms.

Reuniting over a cocktail, Millie told her boyfriend this is ‘just the beginning’ of things to come.

Faye Winter invited Teddy Soares to her family home in Devon, with her parents clearly thrilled to see him making her so happy.

Laura went on to reveal Millie and Liam received over 42 percent of the public vote.

Of what it’s been like since their win, Millie said: ‘It’s been crazy, I think I feel quite lucky having the quarantine, away from the madness and having a rest.

Asked whether they believed they could have won, Liam said: ‘It was not a matter of winning for us, once we had each other that was the main thing.

‘We didn’t think we’d be number one but we’re so grateful.’

The pair said they’ve watched back snippets of their time in the villa, including the hilarious baby challenge.

All seasons of Love Island can be streamed on ITV Hub now.