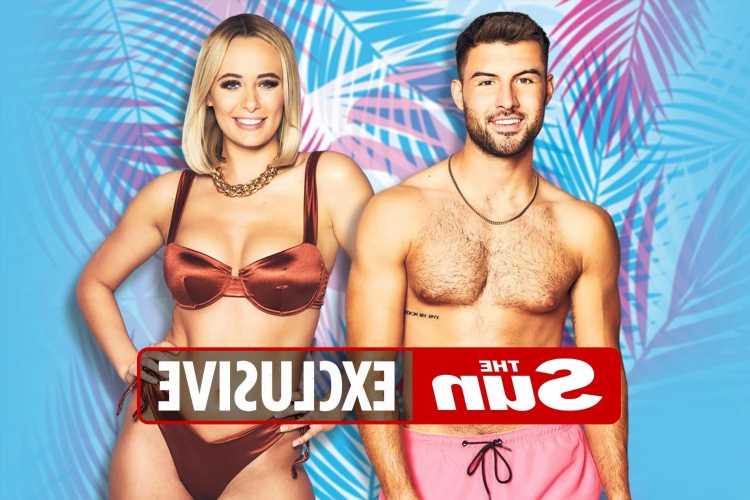 MILLIE Court and Liam Reardon will win Love Island by a landslide, a massive poll of Sun ­readers predicts.

Nearly half of more than 50,000 diehard fans of the dating series said they wanted the Welsh bricklayer and Essex girl to come top. 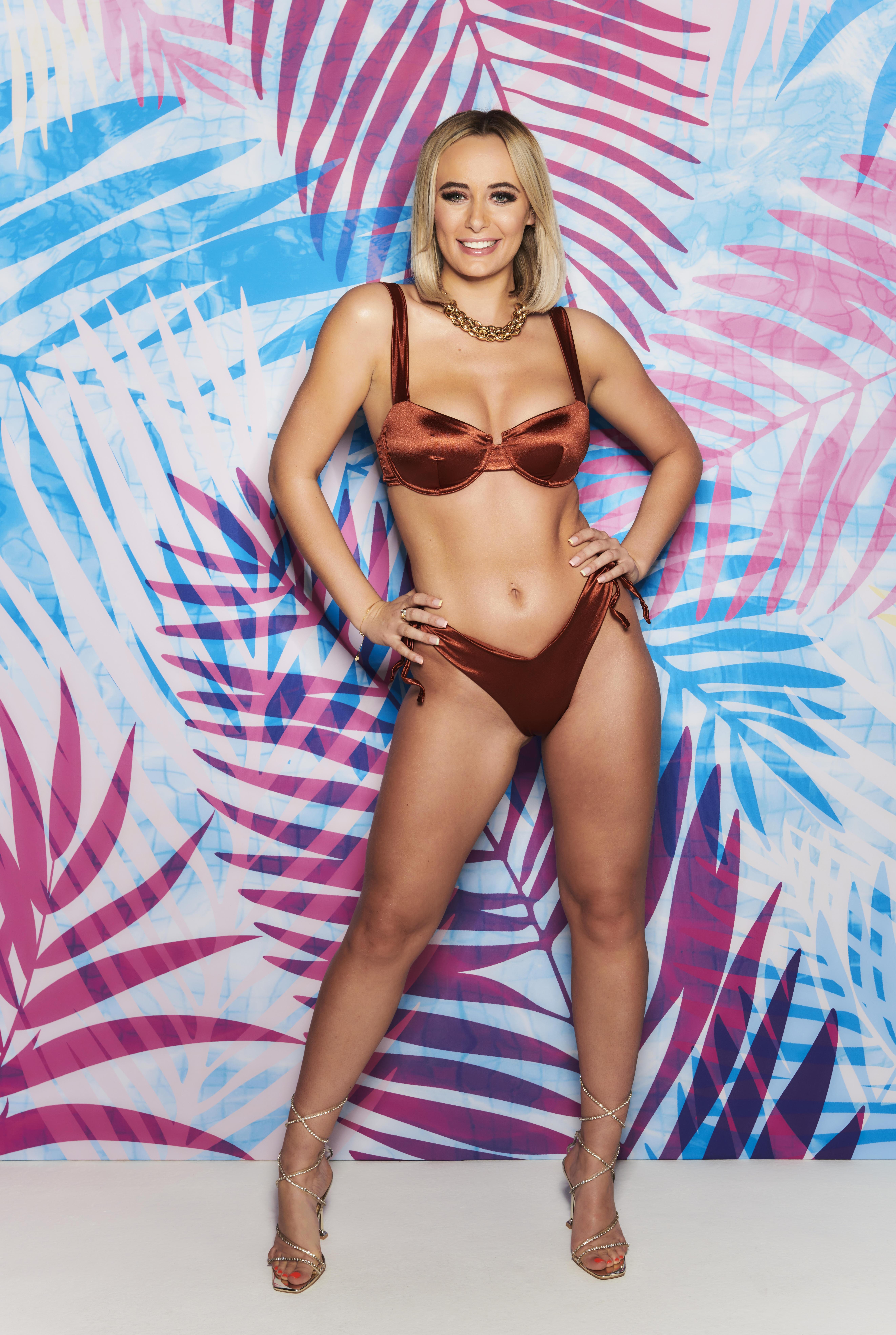 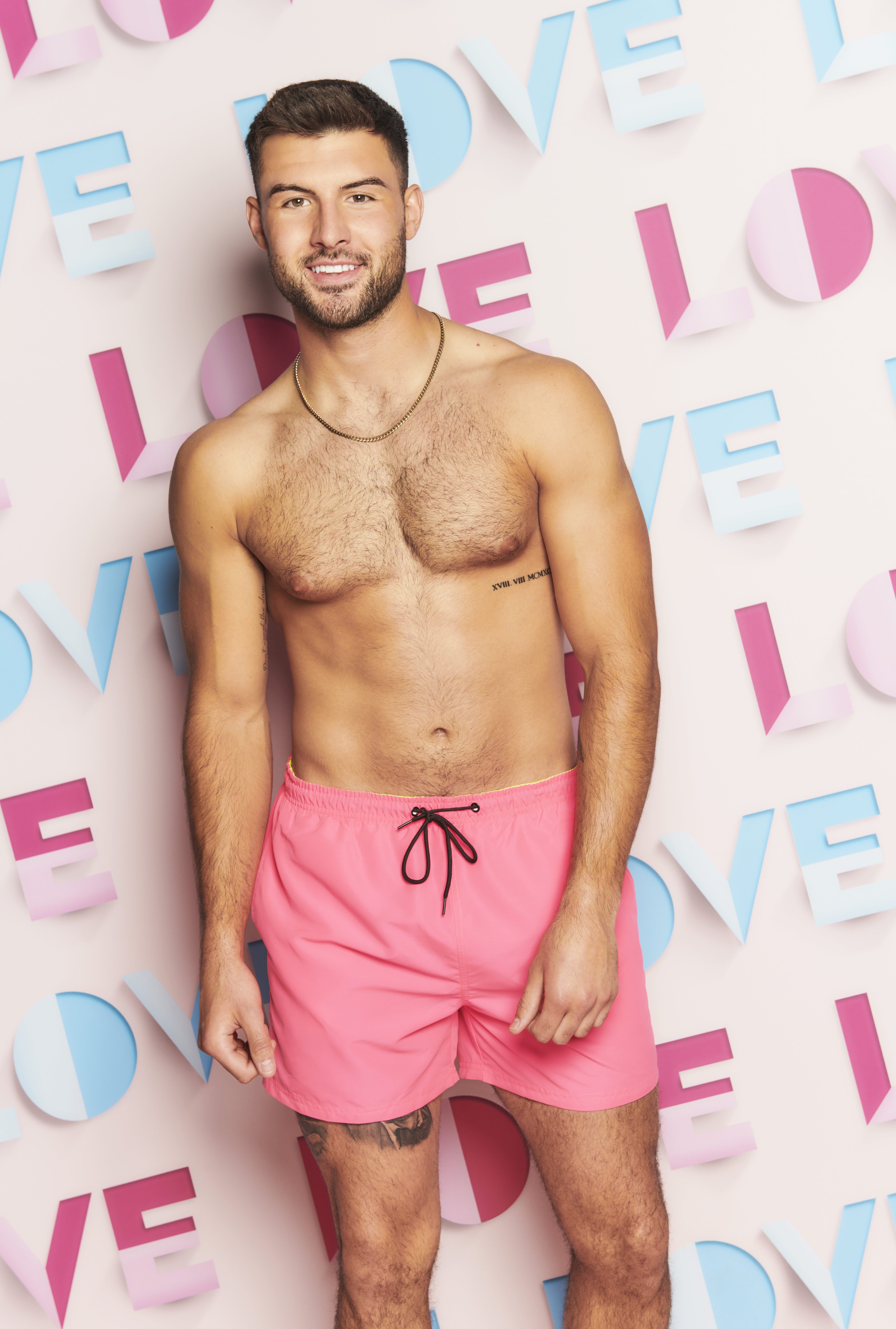 Chloe Burrows and Toby Aromolaran were miles back in second. Bookies agree on the top two but reckon it will be close.

Many fans, meanwhile, blasted the shortage of sex on the series and nearly all wanted to see the return of the lie detector.

Most rated this series “average” or “pretty poor” but the majority want Love Island to return.

Kaz Kamwi and Tyler Cruickshank, both 26, have almost no hope, according to our poll, with just 4.13 per cent saying they want them to triumph.

A source said: “Millie and Liam are clearly the nation’s sweethearts.

"No one else looks like they’ll be able to come close to them. They’re streets ahead according to the poll.”

Viewers were also asked what they thought of this year’s show and many did not rate it.

Comparing it to previous years, only 12.69 per cent thought it was the “best yet”. Some 54 per cent said it was “average” and nearly 30 per cent branded it poor.

A whopping 80 per cent called for the return of the dramatic lie detector task.

Millie and Liam are clearly the nation’s sweethearts. 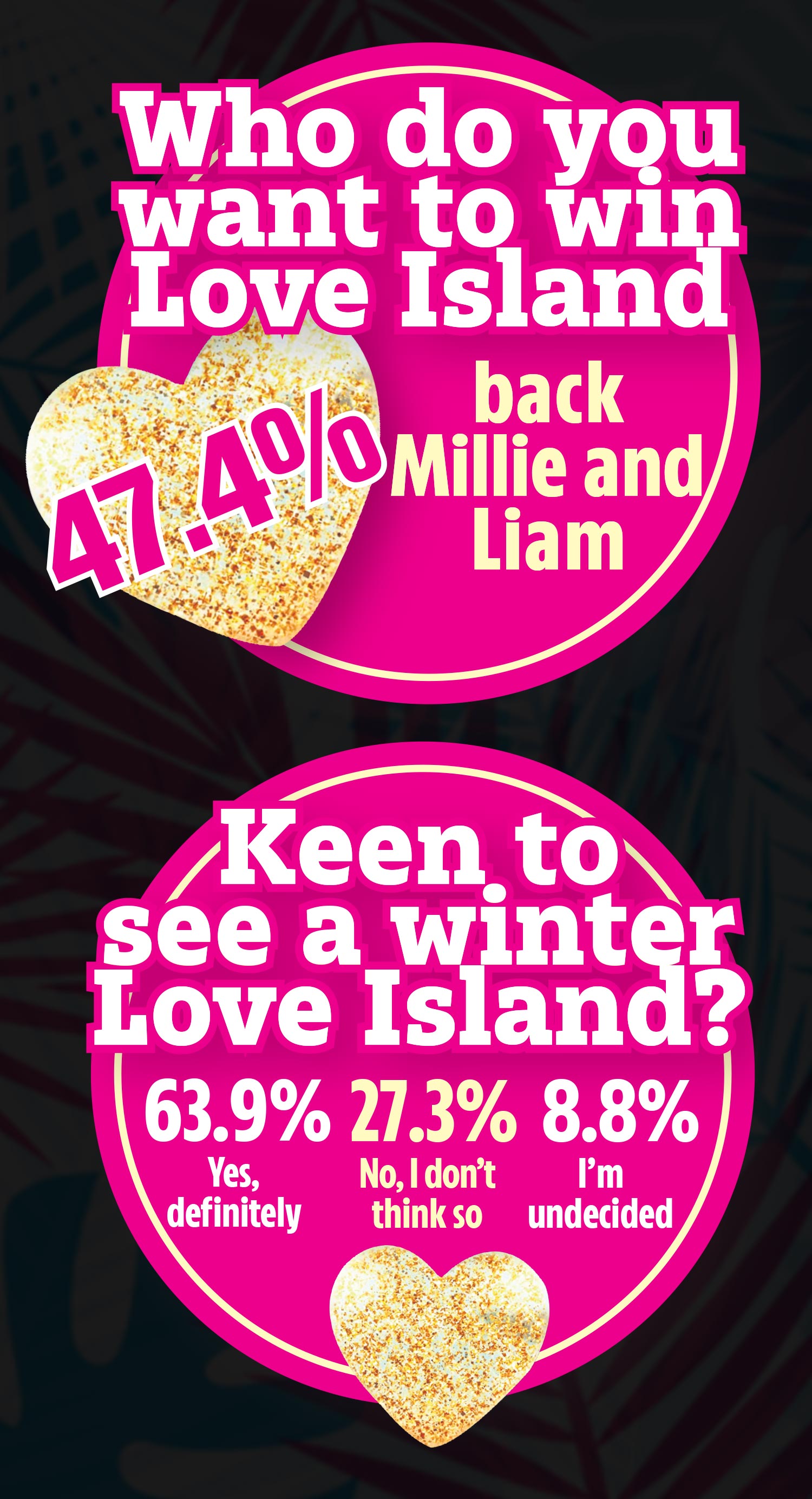 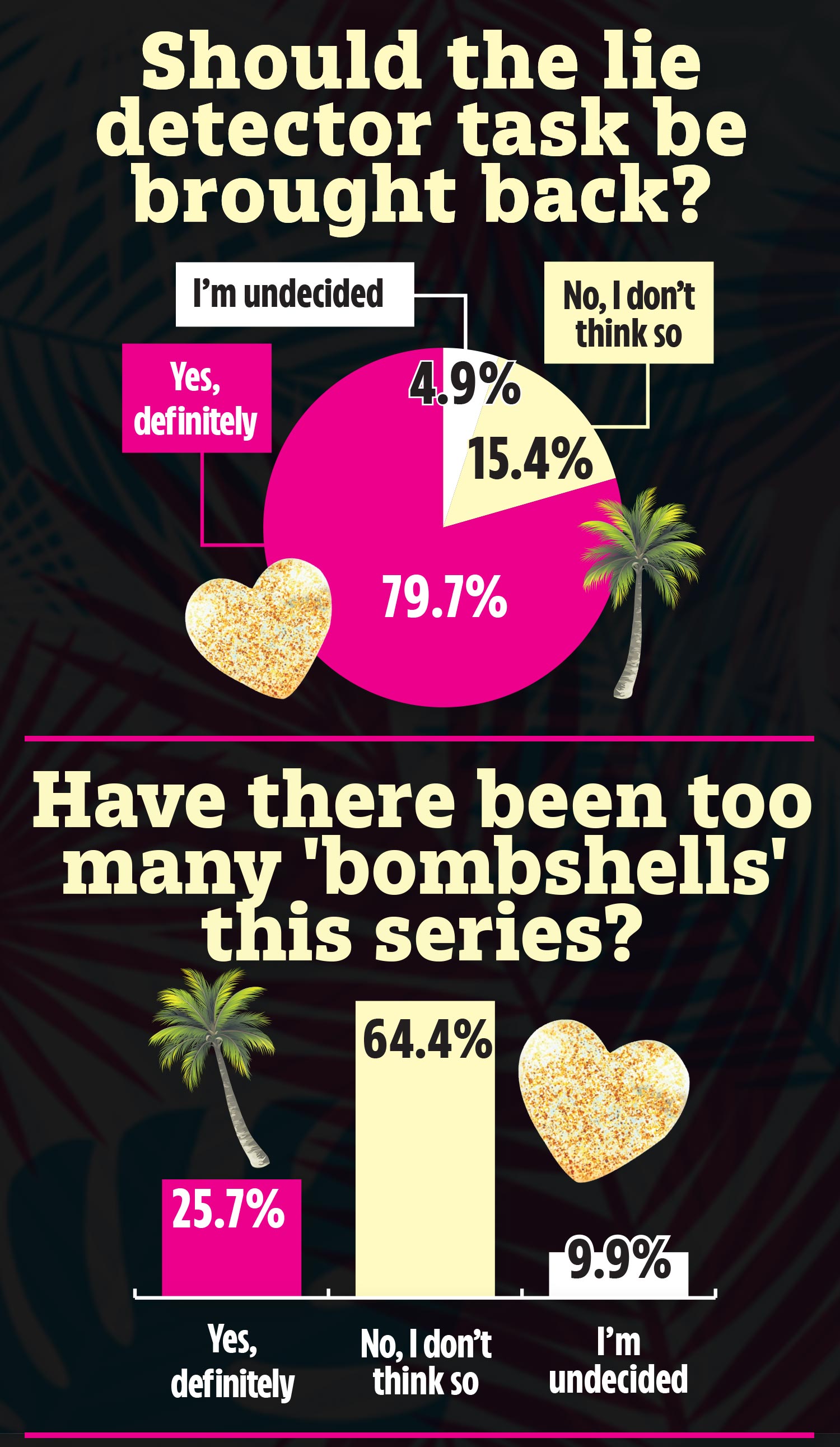 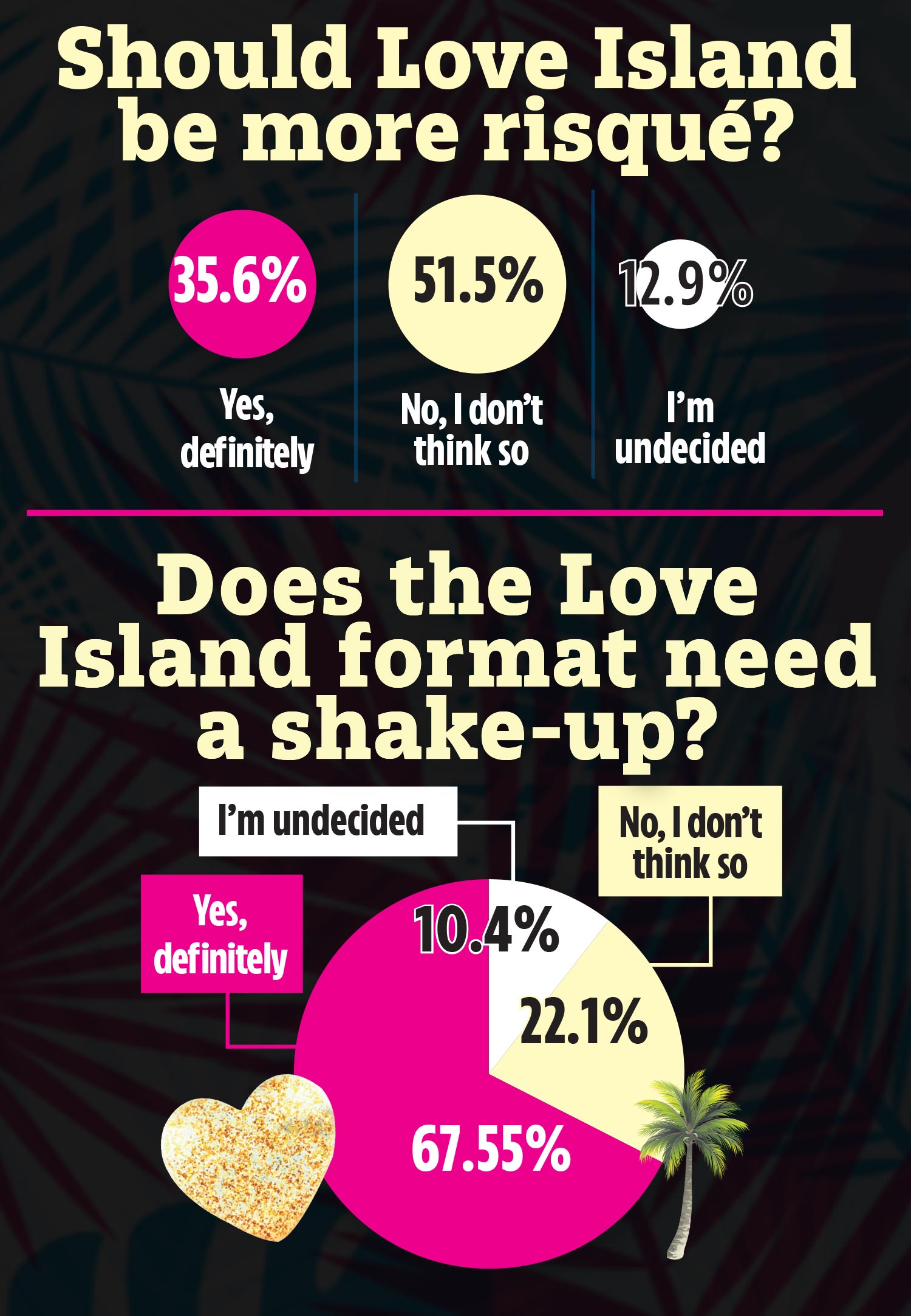 Viewers were split over the inclusion of gay contestants.

The others were undecided.

Many were put out at the producers’ decision to edit out night romps despite contestants using codewords to discuss how they had “graduated” — or had sex.

However, 51 per cent said the show should not include sex scenes and was fine as it is.

In positive news for ITV bosses, 63.86 per cent “definitely” want to see a Winter Love Island which, presumably, would be shot in South Africa as previously. 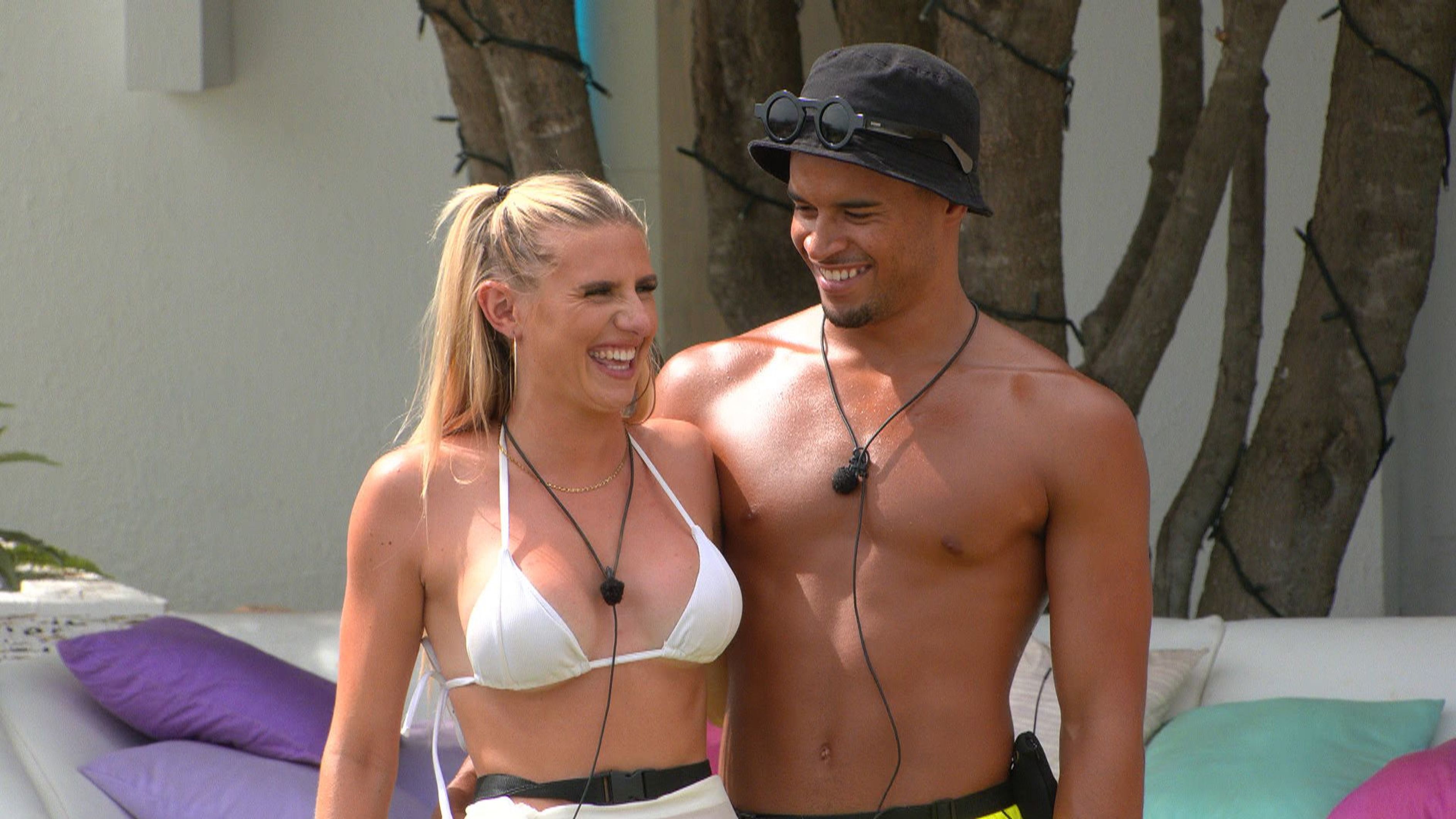 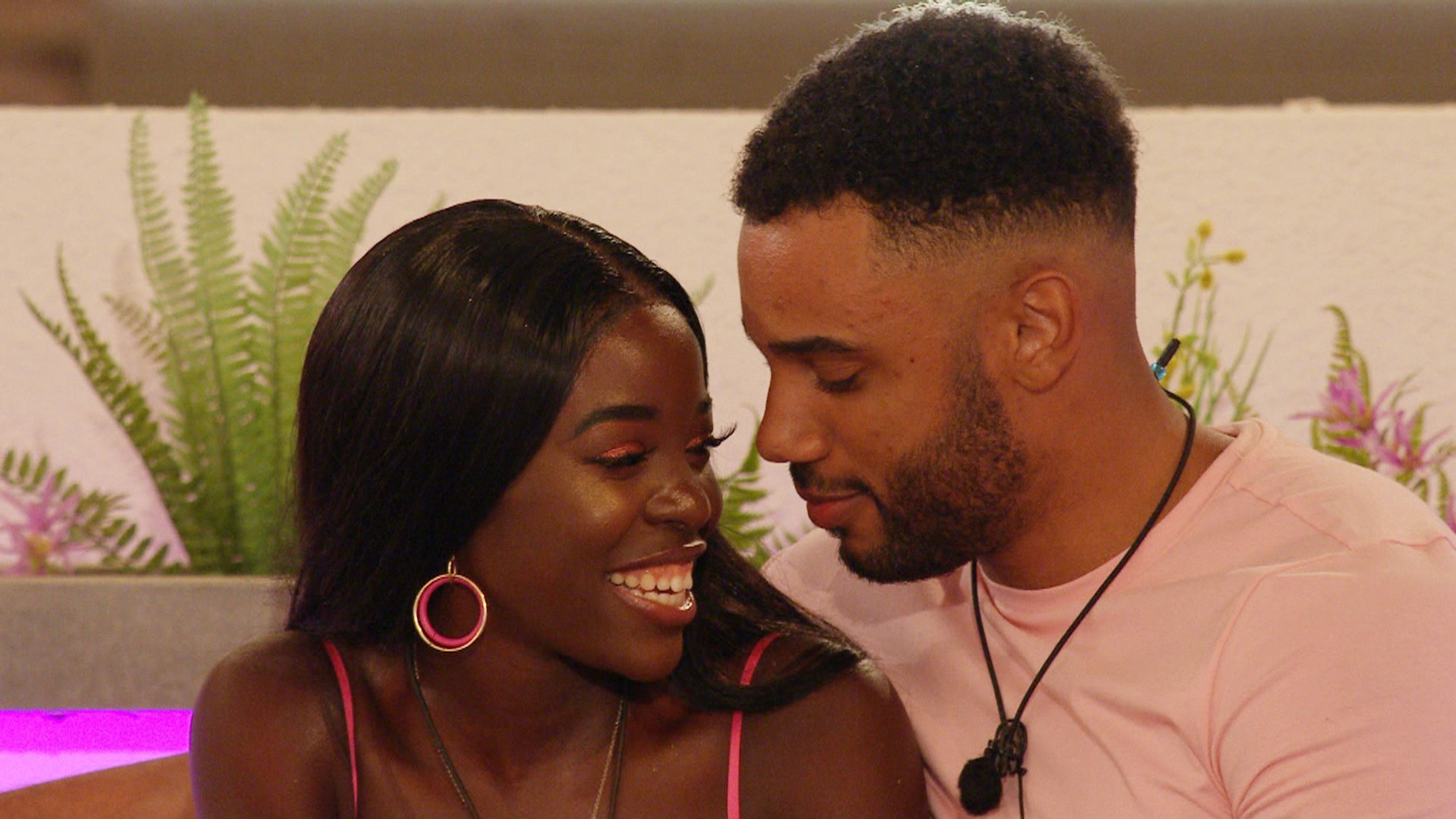 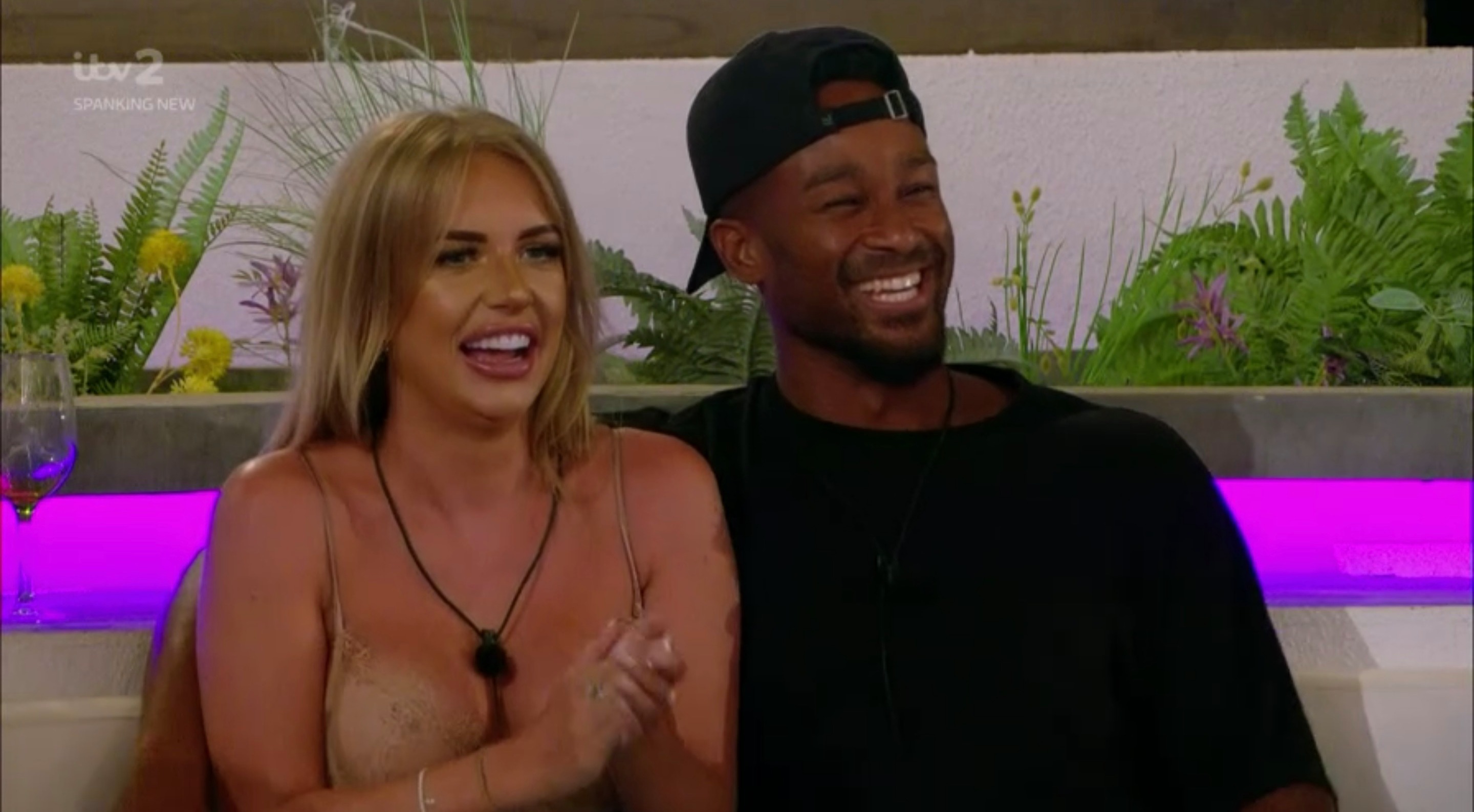