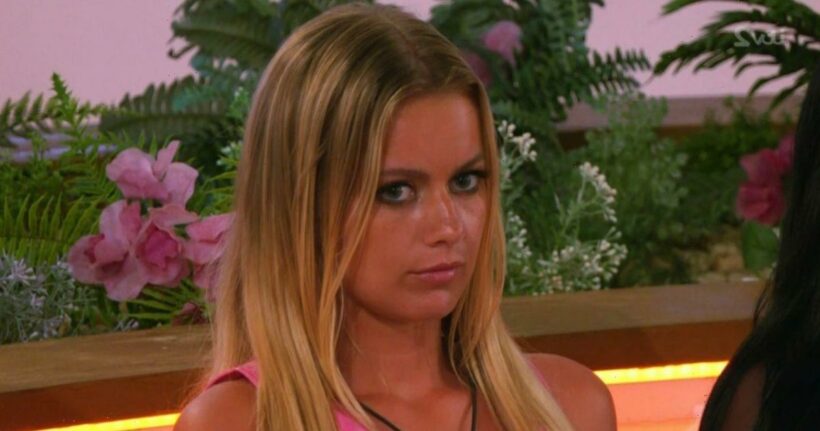 Everyone's favourite Love Island twist is set to air tonight with the arrival of a whole bunch of new Islanders in Casa Amor.

The extra villa is introduced to test how loyal those in a relationship are, as well as giving any single contestants another chance to hook up with new entrants.

It's caused plenty of drama in previous years and we expect this season to be no different, with Luca Bish and Gemma Owen, Jacques O'Neill and Paige Thorne and Dami Hope and Indiyah Polock all seeming rock-solid so far.

The same might not be said about Tasha Ghouri and Andrew Le Page, who've been coupled up since day one but have shown signs of cracking in the last week.

READ NEXT: Love Island predict brutal twist for 'doomed' Andrew as he opens up to Tasha

On the official Love Island: The Morning After podcast, former winner Kem Cetinay believes that something "isn't there" with the pair ahead of Casa Amor.

Speaking to co-host Arielle Free, Kem said: "I liked Tasha and Andrew at the beginning but there's something not there. You have them, Paige and Jacques and Gemma and Luca – you forget how deadly Casa Amor is." The pair were joined by relationships and flirting expert Annabelle Knight to discuss further, and Annabelle is also expecting a dramatic turn from Tasha.

She said: "The whole love thing is making me roll my eyes a little bit. 48 hours ago she was entertaining the idea of leaving Andrew for Charlie when she was talking to Ekin-Su. I could definitely see her having her head turned.

Kem put his neck on the line by saying that he only expected Gemma and Luca and Dami and Indiyah staying loyal.

The teaser for the bombshell-filled second villa went out as viewers were left on a cliffhanger to see who would be sent home following a shock dumping.

Girls Antigoni, Danica and Tasha, and boys Jay, Charlie and Andrew were left at risk when viewers voted for their favourite Islanders and they were the three least popular couples.