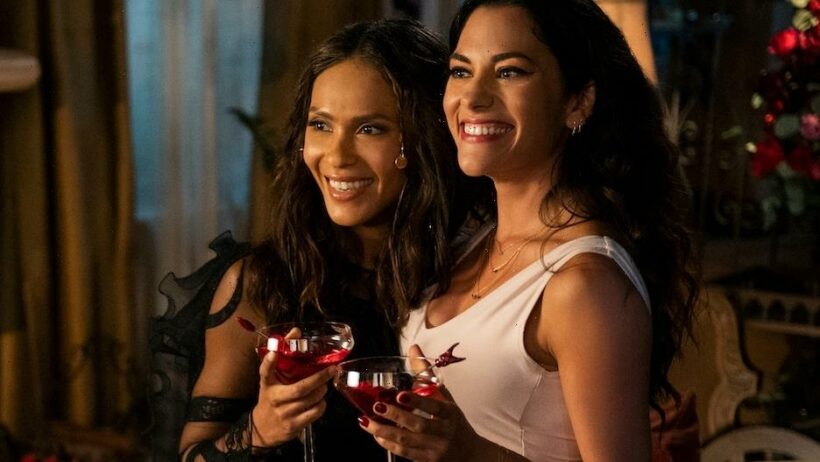 ”My hope was that the real purists of the comic book would notice,“ actress tells TheWrap 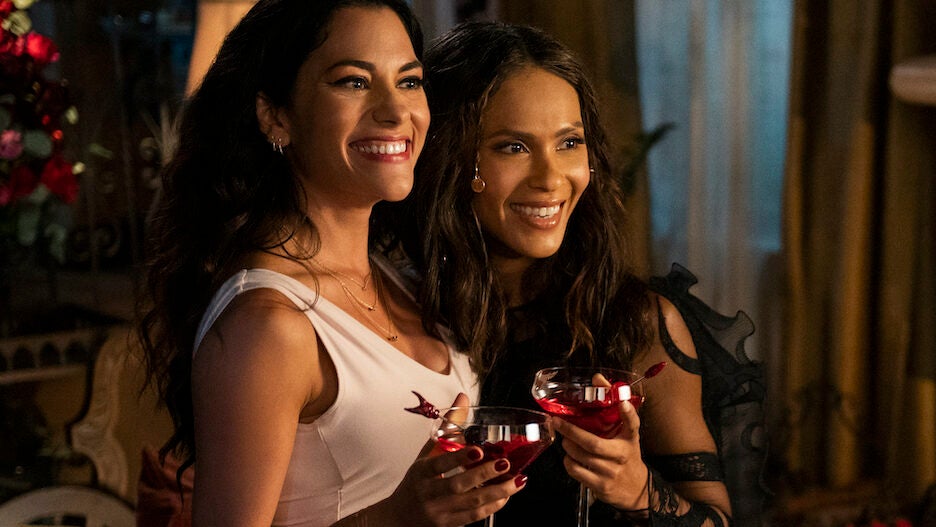 (Warning: This post contains spoilers through the series finale of “Lucifer.”)

It’s been a long, long road for Lesley-Ann Brandt’s Mazikeen to find her way from a demon with a hell-obsessed, one-track mind in Season 1 of “Lucifer” to a rough yet loving, soul-having hell spawn entering the show’s sixth and final season, which launched Friday on Netflix.

However, Maze had just a few more hurdles to overcome during the 10-episode series closer before she could become the woman she always had the potential to be. Among these was her need to truly accept Eve’s (Inbar Lavi) love for her and share that love proudly with her demon family, let go of her fears of losing Eve and go through with their wedding — which she almost sabotaged by bringing Adam (Scott MacArthur) around to stir things up — and deciding that she really didn’t want to be the Queen of Hell after all.

So speaking with Brandt about Maze’s final-season storylines, TheWrap began with why the demon decided to throw that Adam wrench into her own wedding-day plans. And in her answer, she also offered up a reveal of her favorite “image” from the entire series-run of “Lucifer,” which she discovered in Neil Gaiman’s comic books that serve as the show’s source material and says she “fought” to get into an episode from the very beginning.

“As evolved as she has been up until that point, there’s still this question of like, ‘Do I deserve this?’ when it comes to Eve,” the actress said. “I mean, we are so renowned as human beings to sort of mess up something really good out of fear, with our own baggage. We always come into a relationship with our baggage, with our history, with our wounds. And she certainly does that with Eve. I think she wanted to prove to herself that her fear was right by bringing him in.

“What I loved about that trio is when I very, very first got the audition for Mazikeen and I was researching the graphic novels — which were very dense and big, and we take this tiny sliver of the world — there was one particular image that really stuck with me, really stood out,” Brandt said. “And it’s Maze and a character called Beatrice in heaven. And she is surrounded by angels– or I think it’s heaven, or it’s referred to as this holy place, in the comic book — and she says something like, ‘I have this fervor in me to blaspheme.’ And she grabs this girl and kisses her and throws a middle finger up. And I remember just seeing that image and was like, this is such an incredible character. And so, as Adam is introduced to me, I fought from Season 1 to just get that image in our show. And my hope was that the real purists of the comic book would notice, because I’ve mentioned that story before in other interviews.”

She added: “And I think what he represents, just speaking from a same-sex relationship, is like the toxicity that same-sex couples often have to deal with and the questioning of their love. He sort of represents like toxic masculinity, like a real ‘bro’ dude as well. And then even he says, over the course of meeting our characters, becomes ‘woke.’ He says, ‘Wokeness is hard.’ But he, I think, really motivates Maze to go to Eve and just say, ‘Look, regardless of whether we get married or not, I wanted my family,’ when she brings her family up [from hell], ‘to see that I’m proud of who I love.’ And I feel like that’s such a deep thing for so many gay couples who go through this with family members or friends, etc. And even though we’re a show that is light-hearted at times and silly, we do really explore some very deep themes at the end of the day.”

As you now know, Maze and Eve come to a genuine understanding that acceptance that allows them to go through with their wedding ceremony, an event that highlights who they both have become and want to be by Eve turning down Adam’s offer to give her away and Maze deciding to walk down the aisle with her good friend Dr. Linda (Rachael Harris) by her side.

“Eve says that, ‘I was made for you, but I’m finding my own place and my space in this world. And I need to do this on my own,’” Brandt said of the different choices. “And what the juxtaposition to Maze, who has for so long searched or been cultivating very slowly her own family here on Earth, you know, dealing with the fact that her mother made some really hurtful decisions that affected her as an adult, and we explored a lot of that in Season 4. But I think what Linda represents is family, as someone who was, apart from Trixie — who she purposefully reveals her demon face to in the safe setting of Halloween (laughs) – Linda was the first character that accepted her. And that, I think, always meant a lot to Mazikeen, regardless of whatever sort of ups and downs they would go through after that. I think she ‘came out,’ for lack of a better term, to Linda and and Linda accepted her, where her mother didn’t.”

Maze’s other final-season struggle is coming to terms with the fact she doesn’t actually want to be the Queen of Hell, a position she was excited to take over when Lucifer was going to become God — until, you know, he decided to continue being the Devil in the end — but that she knows really isn’t where her heart lies anymore.

“I was really proud of her because, again, that’s making a decision,” Brandt said. “Like, Hell represents her old life and the life that she knows, but she’s not the same Mazikeen that we meet in the pilot, whose super objective for that season is to get back home; like, she’s done with Earth. She’s evolved. She’s grown a soul. She’s had all these experiences. And so I think it would have been, for her at least, from my opinion, like a copout to go back and to not try to figure out what is it about this fear of losing Eve? What is it about loss that really strikes this fearful chord in her? Because we can’t control what happens to the people that we love. We just have to enjoy the time we have with them. I think that’s kind of the theme for this last almost two years now. Being where the world is at, you just don’t know what’s going to happen. But life happens every day. So I’m super proud of her deciding to, come what may, love madly and deeply and with her all and live the life that she wants with the woman that she loves.”

Check back with TheWrap throughout the weekend for more of our “Lucifer” final season coverage.