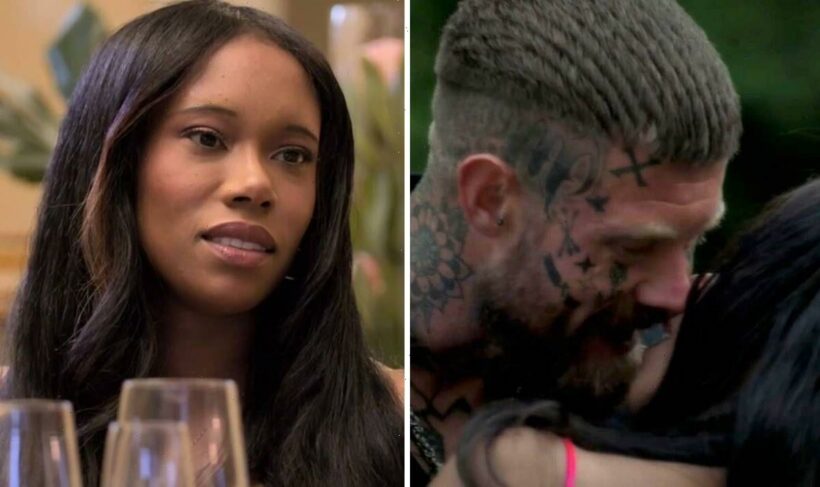 Married at First Sight: Matt and Whitney kiss in teaser

Married at First Sight UK fans were stunned this week when stars Whitney Hughes and Matt Murray announced during a dinner party that they wanted to “explore things” between them. This news left their respective partners Duka Cavolli and Gemma Rose both confused and hurt. With the drama continuing this evening (Wednesday, September 28), fans of the E4 series are keen to know whether or not there is still something between the stars.

MAFS UK: Are Whitney and Matt still together?

As MAFS UK season seven is still currently airing on E4, no relationships from the show have been officially confirmed, despite filming ending months ago.

This is to ensure viewers remain hooked to the drama onscreen, leaving them guessing as to what’s going to happen.

In the show, at least, Whitney and Matt are now an item of sorts, following that passionate kiss on the bridge and sharing a bed together.

There is a strong indication on Whitney’s Instagram though which teases their romance is going strong since filming wrapped up. 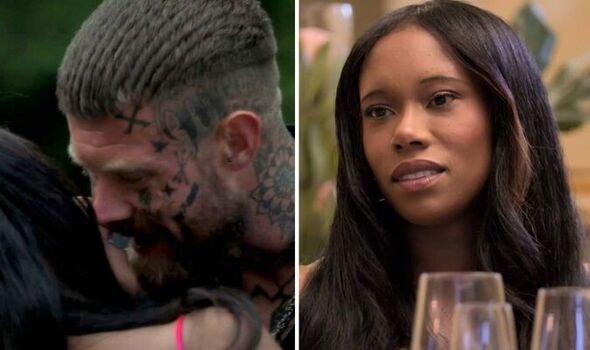 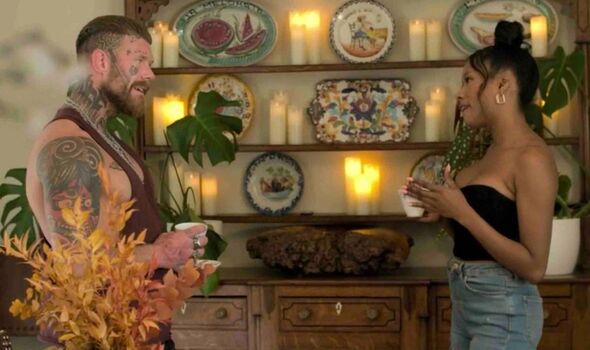 Last week, the PA from St Albans shared a close-up picture of her and a man’s hands sitting across a table, both with a drink in their hands.

The man has a distinctive flower tattoo on his right hand, as well as chunky gothic silver rings, which were regularly seen on Matt on the show.

Earlier today [September 28], she shared another picture with her feet up on a man’s legs, this time with his left hand visible and displaying a skull ring that Matt has also been seen wearing.

So despite not being put together initially in the experiment, it does appear that Matt and Whitney are now an item following MAFS UK. 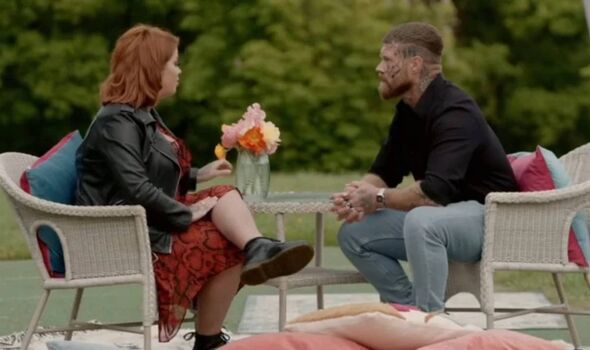 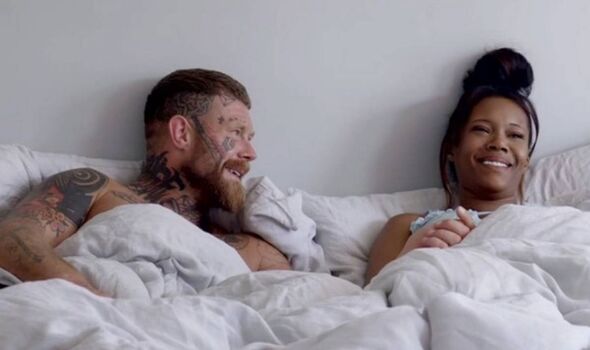 The news that Whitney and Matt wanted to get together didn’t go down well at the dinner party.

Matt’s wife Gemma shouted: “You never tried with me, you never gave it a chance, you wrote it off…I feel used.”

She then burst into tears before shouting at Whitney: “You should be ashamed of yourself!”

Whitney then walked away with Matt following behind which led to their kiss on the bridge.

While it hasn’t been the fairytale love story that viewers were expecting, many have already started showing their support for the pair.

Replying to Whitney’s cryptic Instagram post, one follower said: “Is this Matt I see. You have come so far since the first episode, grown as a person and u can really see you becoming a better person through this experience.

“It’s OK to be vulnerable and let people in.”

Whereas another added: “Maybe you found that hard with Duka as there wasn’t an instant spark and that’s OK. We move…” (sic)

As MAFS UK returns for another episode, it has been teased that Matt and Whitney want to make things more official.

They are going to ask the experts Charlene Douglas, Paul C Brunson and Mel Schilling if they could join the experiment as a new couple.

But will the experts empathise with Matt and Whitney or are they going to be kicked off the show?

MAFS UK continues every Monday to Thursday at 9pm on E4.