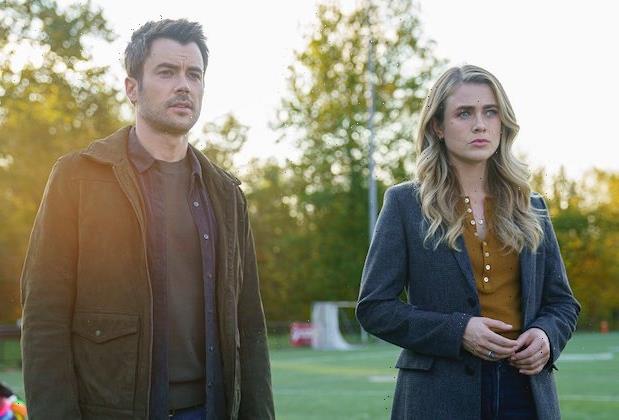 It looks like Manifest‘s Zeke will not be abruptly walking away from a fight for the woman he loves.

The Manifest Questions YOU Want Answered!

Matt Long recently booked a role in the NBC pilot Getaway, and as such his involvement in Manifest‘s fourth and final season on Netflix, which in late August rescued the cancelled NBC drama, was up in the air. And all as many (though not all) costars inked new deals to stick around for the farewell run.

But as reported by our sister site Variety, Long shared on Sunday at the Creative Arts Emmys that he will in fact “be back for some” of Manifest Season 4, adding: “We are just trying to work out the maximum amount that we can…. [W]e’re just trying to work out schedules, and everybody wants the best thing for everyone. So fingers crossed that it all works out for the best.”

As Manifest closed out Season 3, amid many supernatural twists there was some simply human drama, when Zeke came to realize (via, well, his new-ish “empath” ability) that wife Michaela (played by Melissa Roxburgh) has very unresolved feelings for onetime fiancé Jared (J.R. Ramirez).

“We need to talk…,” Zeke told Mick after “feeling” an emotions-laden exchange between her and Jared.

“I don’t know what’s coming” in Manifest‘s somewhat-unexpected fourth season, Long said at the Creative Arts Emmys. “I just hope that Zeke plays a really big part in it, and I’m just really excited and can’t wait to see what it is.”

Want scoop on Manifest, or for any other show? Email [email protected] and your question may be answered via Matt’s Inside Line.