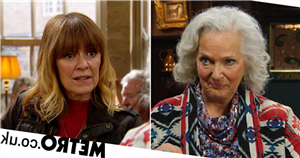 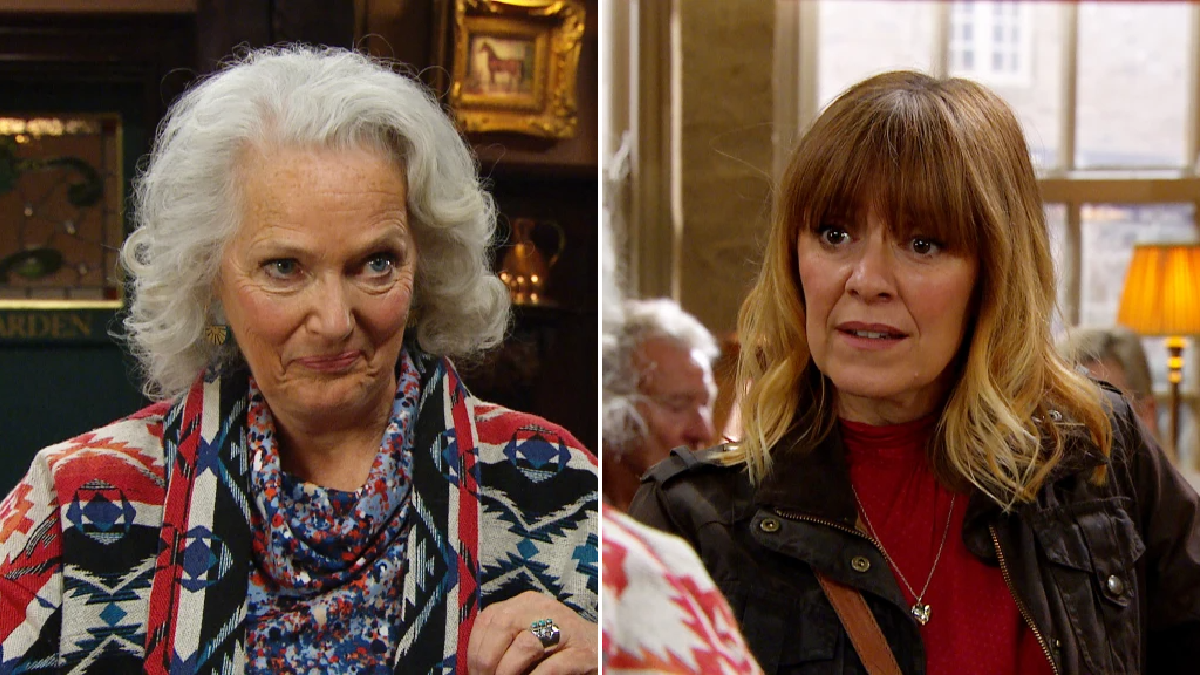 The wedding plans of Marlon Dingle (Mark Charnock) and Rhona Goskirk (Zoe Henry) on Emmerdale were cruelly interrupted when Marlon had his stroke on the day they got engaged.

Since then, it’s been a difficult and emotional time for the pair as Marlon has worked hard to try to recover as much as he can, while Rhona’s life has been turned upside down as she’s become her partner’s main carer.

With Marlon recently making huge progress in his rehabilitation, the wedding plans are now back on. In typical Rhona/Marlon style it took a couple of attempts at a proposal before they agreed that they’re ready to become husband and wife. For Marlon it was the worry that he wouldn’t be able to be intimate with Rhona again that made him hesitate, but they proved that they can still have a physical relationship and agreed that they wanted to get married.

Even now the decision has been made, Mary (Louise Jameson) is frustrated to find the pair seem in no hurry to fix a date for the wedding. In fact they’re dragging their heels so much that Mary tells them it would be nice if it actually happened while she’s still alive to see it.

As Mary has recently revealed, the love of her life died before she could tell her how she felt about her. It’s perhaps with this in mind that Mary is keen for her daughter and Marlon to tie the knot as soon as possible.

So she decides to take some decisive action – by booking a date for the wedding without telling them. Rhona is furious when she finds out – but surely she won’t cancel Mary’s plans?