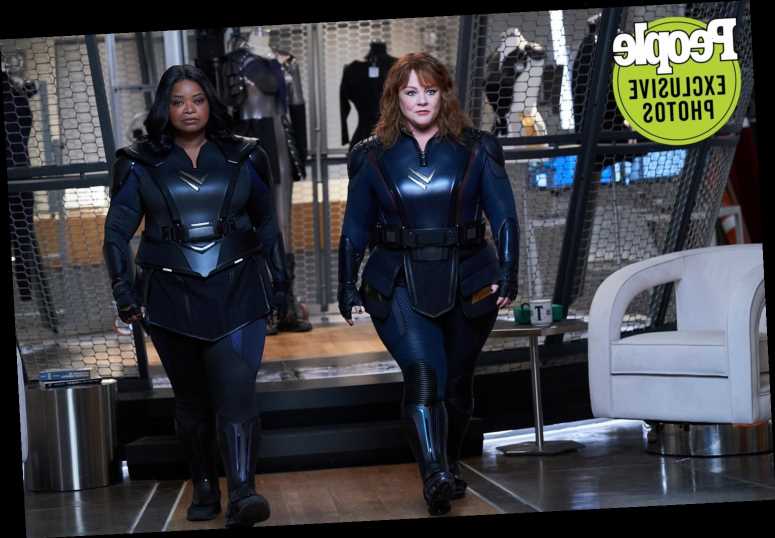 Melissa McCarthy gets more than she bargained for in Netflix's first trailer for Thunder Force.

The actress teams up with real-life pal Octavia Spencer in the upcoming movie, which sees their characters reunite as adults after being best friends as kids. The trailer starts with McCarthy's Lydia showing up to where Spencer's Emily works, and is surprised to hear what her former friend has been up to.

"I've been developing a genetic platform that will allow us to give ordinary people superpowers," Emily tells Lydia, also emphasizing that she can't touch anything.

Of course Lydia touches everything in sight, and ends up accidentally administering the formula to herself when she sits down in a special chair.

"Everything about you becomes stronger," Emily warns her.

The two then team up, with Emily having the power of invisibility, to fight crime in their city. McCarthy and Spencer have long been friends and previously told PEOPLE they relished working together on the superhero comedy, directed by McCarthy's husband Ben Falcone.

"Working with Melissa has always been an amazing experience," Spencer, 50, told PEOPLE. "She's extremely talented, kind, funny, the first person to arrive and the last one to leave the set. It was a delight to do scenes with her because she always brought something different to each take. Usually, something extremely hilarious! It was difficult for me to not break character and laugh…sometimes, I just couldn't help myself because there is only one Melissa McCarthy. She's the best there is!"

McCarthy, 50, has equally kind words for Spencer, whom she's known for decades.

"Working with someone you've known for over two decades is the best. We had the greatest time on set," she said. "I can't believe two girls who waited in line for The Price Is Right 20 years ago got to run around in superhero suits fighting and winning against the bad guys. It felt like a fever dream."