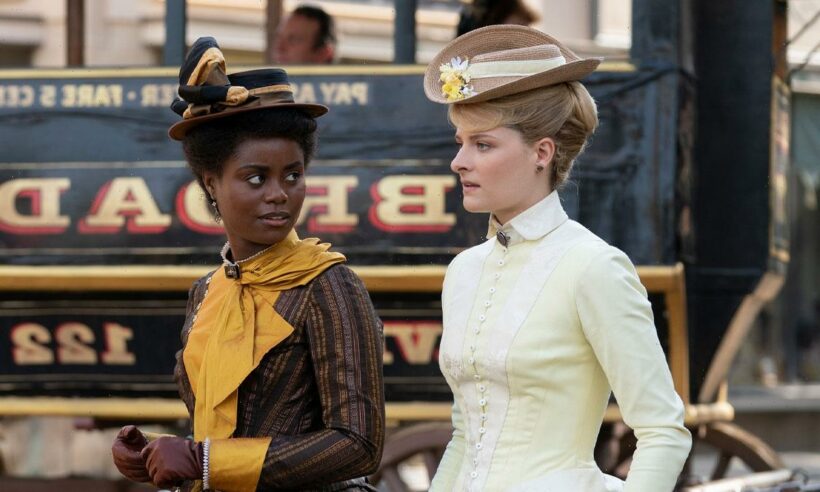 We’ve got so many incredible new TV shows coming in the New Year, and one that we can’t wait to get stuck into is sumptuous new period drama, The Gilded Age.

MORE: 7 shows to watch if you love Bridgerton

A brand new trailer for the ten-part series, which will debut on 25 January 2022 HBO Max for US audiences and Sky Atlantic for UK viewers, has just been released. But did you know that the lead actress in the series is none other than Meryl Streep’s real-life daughter?

WATCH: Check out the new trailer for The Gilded Age starring Louisa Jacobson

Louisa Jacobson, who will play Marian in the new series, is the youngest daughter of the A-list actress and her sculptor husband Don Gummer. Her older siblings, Henry Mamie and Grace have also pursued careers in the limelight and are actors too. However, The Gilded Age marks the 30-year-old rising star’s television debut after starring in a number of theatre productions and initially pursuing a career as a model.

MORE: Everything you need to know about Downton Abbey creator’s sumptuous new series

The series, created by  Downton Abbey creator and writer Julian Fellowes follows Louisa’s character Marian as she moves to New York City to live with her rich aunts.

As the synopsis for the show reads: “Against this backdrop of change, the story begins in 1882 — introducing young Marian Brook, the orphaned daughter of a Union general, who moves into the New York City home of her thoroughly old money aunts Agnes van Rhijn and Ada Brook.

“Accompanied by Peggy Scott, an accomplished African-American woman, Marian inadvertently becomes enmeshed in a social war between one of her aunts, a scion of the old money set, and her stupendously rich neighbors, a ruthless railroad tycoon and his ambitious wife, George and Bertha Russell. In this exciting new world that is on the brink of the modern age, will Marian follow the established rules of society, or forge her own path?”