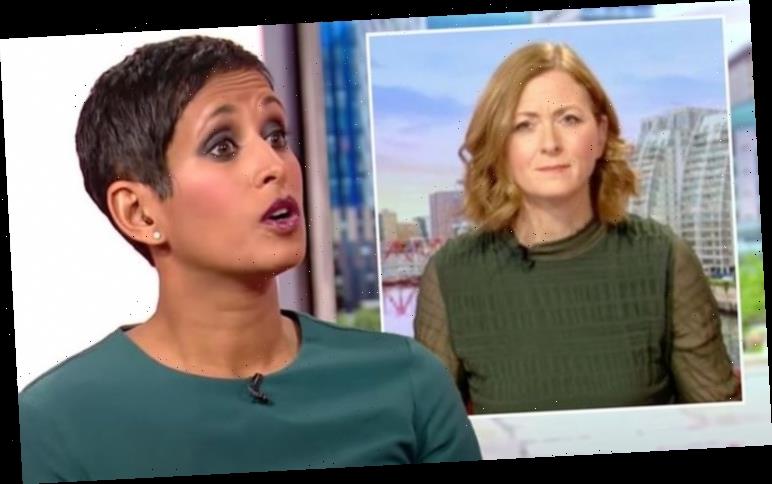 Naga Munchetty and Charlie Stayt usually present BBC Breakfast from Thursday to Saturday but for the second week in a row, Rachel Burden has stepped in to host in place of the 5Live host. Rachel and Charlie were on hand with the latest news headlines while Mike Bushell updated viewers on the latest sports news.

It’s not the first time Rachel has stepped in to host in Naga’s place.

However, while viewers have been concerned by Naga’s absence, the BBC Breakfast host confirmed this week she will be back presenting the Saturday instalment in a “couple of weeks”.

Fans began to question if Naga had stopped hosting the Saturday episode due to her new role presenting 5Live’s 10am slot from Monday to Wednesday.

One fan asked on Twitter: “@TVNaga01 Hi Naga! Have you stopped doing Saturday’s @BBCBreakfast now, as you’re doing your radio show as well. 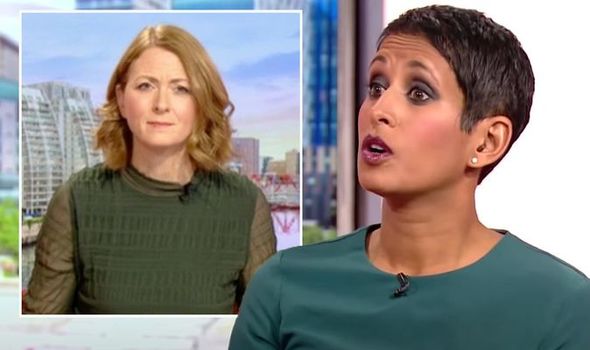 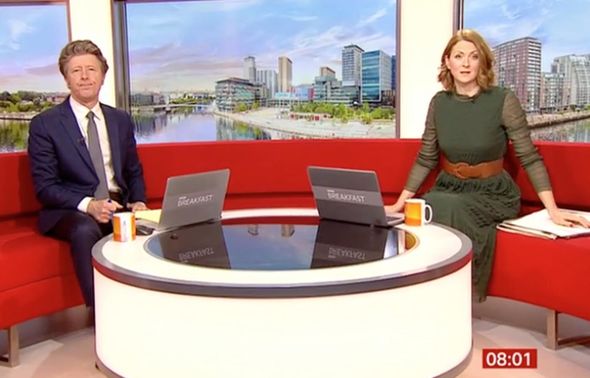 “I wouldn’t blame you but will miss you on a Saturday although @rachelburden is lovely too.”

Naga clarified: “Hi. Back on Saturdays in a couple of weeks @BBCBreakfast (I think @rachelburden is fabulous too) X.”

The 45-year-old journalist has however been on BBC Breakfast for the past two days.

On Friday’s instalment she left co-host Charlie in hysterics after making a rather hilarious blunder. 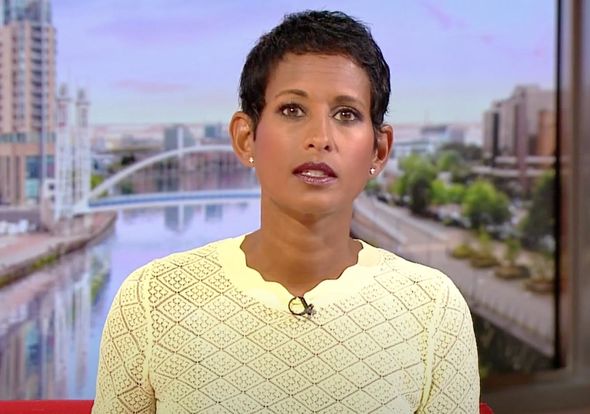 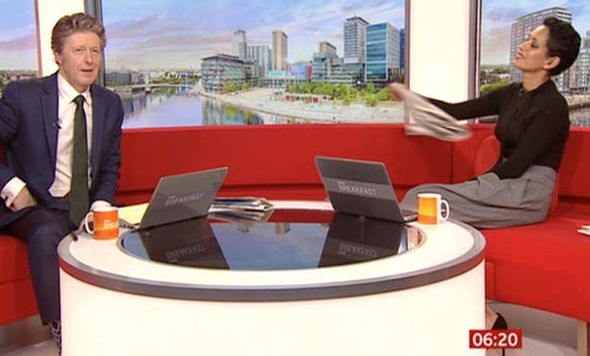 As the pair looked at the newspapers, Charlie highlighted a story about stunt cyclist Danny MacAskill which had a photo of him travelling down a hill.

However, Naga was left confused when she thought Danny was travelling up the hill.

“So when you’re out cycling is that how it is?” she asked Charlie.

The presenter replied: “It’s really not like this. Similarities, my bicycle has wheels. That’s pretty much where it stops.”

“How fast do you think he would have to cycle to get up there?” she continued which left Charlie confused.

Looking at the image of Danny riding down the side of a hill, Naga explained: ”Well when you’re going up a steep slope you have to get up pretty fast otherwise you’re going to stop.”

Charlie pointed out: “The thing is right, I don’t think he cycled up here,” adding: “Look normally on a bicycle you’re going in the direction your head is facing towards.”

Naga sighed: ““I thought he was going up the other way,” before trying to move the segment along.

“It was an innocent [mistake]. Can we just make really clear when you’re holding something this far on away, can you tell from this angle which way the cyclist is facing?” Naga hit back before throwing her newspaper at her colleague.

BBC Breakfast airs daily on BBC One from 6am.