The pair said “I do” in front of their closest family and friends, including Ashley’s BFF and fellow actress Raini Rodriguez, who was on hand as the maid of honor. 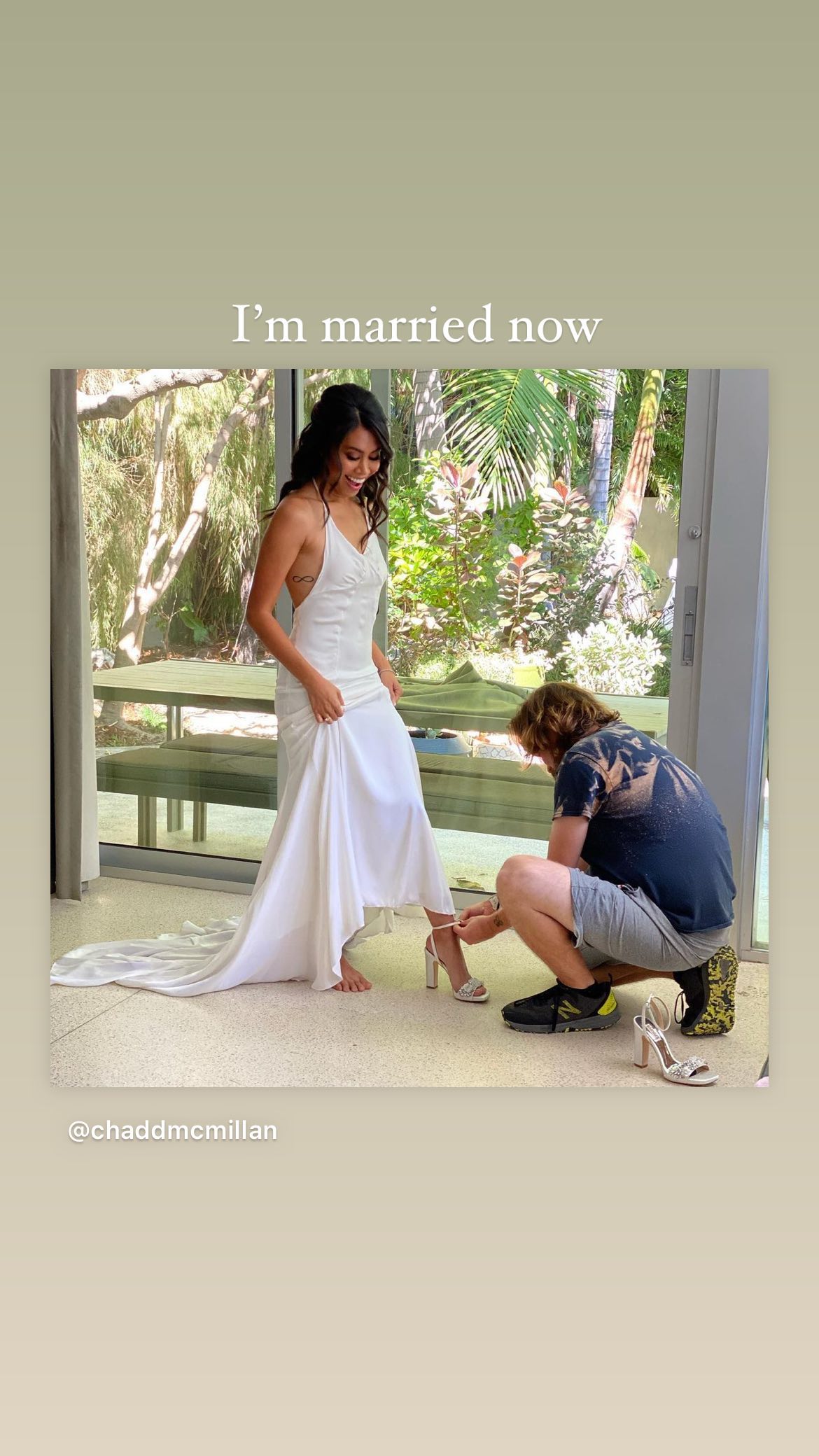 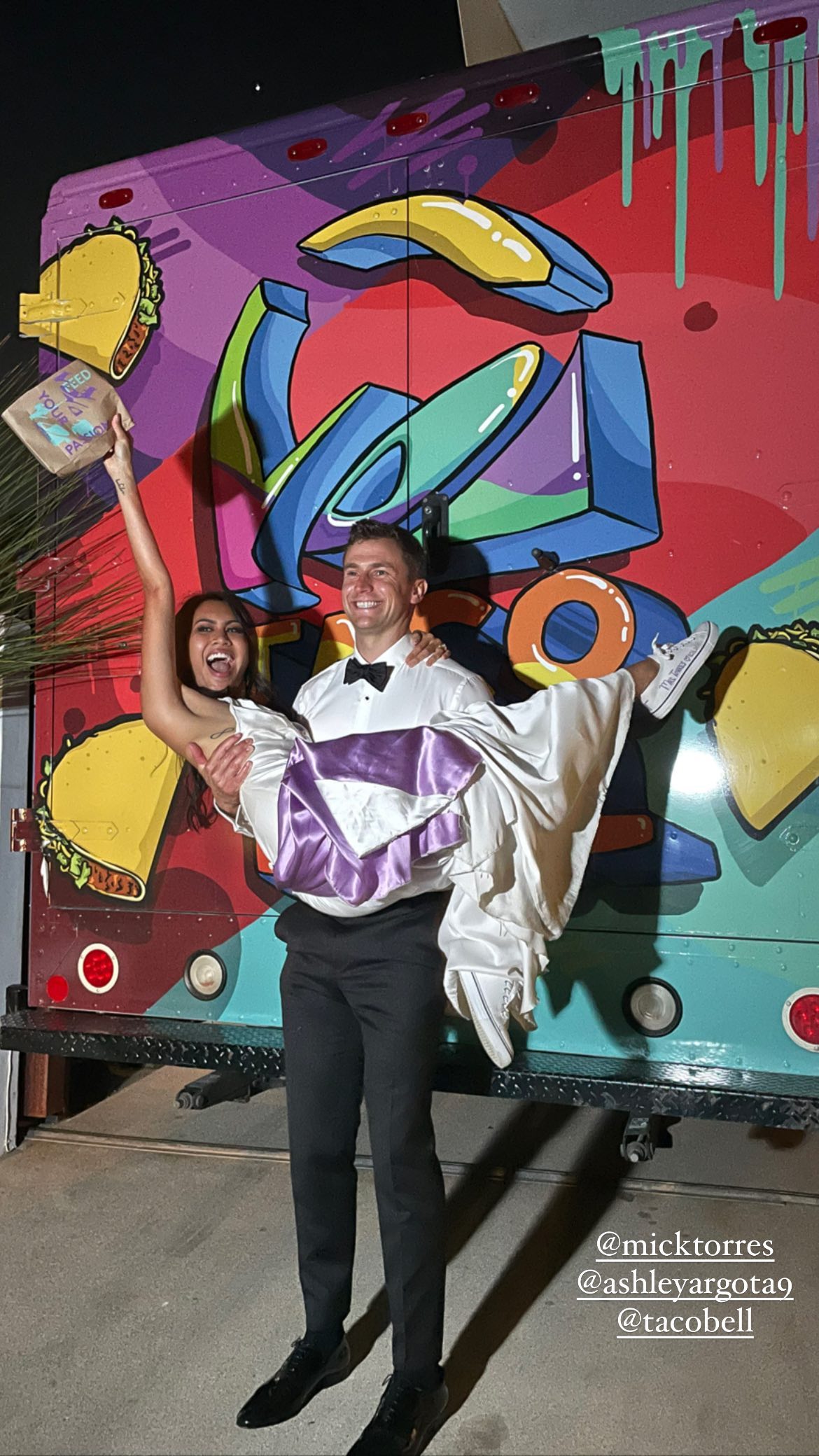 Ashley, 28, stunned in a sexy silk wedding dress, which was created by Chadd Mcmillan, who did the costumes for multiple unauthorized Rockwell productions she starred in, including Hocus Pocus and Clueless.

In a behind-the-scenes shot, Chadd helped the bride get dressed for her big day, clasping her sparkly heeled sandals as she held up her backless gown, with her infinity tattoo on the side of her chest on display.

She had her long hair done in loose waves, with a portion pulled back and a few pieces left in front to frame her face.

“I had the honor of being asked to design and make my dear friend @ashleyargota9 wedding dress,” the designer wrote alongside the photo. “Thank you for asking me to be such an important part of your special day!!”

Though they had to plan the wedding during the pandemic, Ashley and Mick enjoyed a fun and beautiful outdoor ceremony over the weekend, with the altar and chairs set up by a sparkling pool and twinkle lights strung around.

Ashley's best friend, Austin & Ally's Raini, was the maid of honor, after more than a decade of friendship.

Raini's brother, Modern Family's Rico Rodriguez, was also a guest at the event, and they all had some photo booth fun together, as well as a jump in the pool, along with Mick, at the end of the event.

The newlyweds had their first dance by the water, showing off their admirable skills, to a rendition of Ed Sheeran’s Perfect as their guests watched in awe and cheered them on.

In true Ashley fashion, the Taco Bell superfan had a truck on hand serving the fast food as late-night snacks for the newlyweds and all of their guests.

As the night went on, Ashley took the mic to treat everyone – most importantly, her actor and fitness trainer husband Mick – to an original song she’d written for the occasion.

The actress, who actually got her start as a contestant on Star Search and has performed songs  in her projects like I Hate New Year’s and The Fosters, penned the song, I Always Will, for her love.

Of the song and the ceremony, Ashley shared: “I have so much to say about last night but I’ll start with this.

“At the beginning of last year, Mick played me this beautiful guitar riff and said he’d made it up but never wrote anything to it.

“So for our wedding, I took it and wrote a song about us and surprised Mick with it last night.”

On the track, which is now streaming on all platforms, Ashley sings: “Our happy ever after came tonight, I get to take your name. I knew you’d be the one that I’d call home.

“From sunrise to sunset, year after year spent, the battle scars, the broken hearts and dreams."

The How to Build a Better Boy star continues: “When time turns the season, our hearts tired of beating, I still know you’ll be the one for me.

“For now until forever, darling, we will be together still. I love you and I always will.”

The two – who also co-host a podcast, titled Mismo – got engaged in September 2019 when Mick proposed on top of a rooftop in Los Angeles.

Surrounded by rose petals and candles, he dropped down to one knee to pop the question after about two years of dating.

Ashley captioned photos of the sweet moment: "All’s well that ends well to end up with you 💍 I said yes! I love you @micktorres ❤️"

From 2008 to 2011, Ashley starred as Lulu on Nickelodeon's True Jackson, VP opposite Keke Palmer.

Her TJVP co-star Matt Shively – with whom she also starred with in Disney Channel's How to Build a Better Boy, The Troop, and Bucket and Skinner's Epic Adventures – was also there to celebrate with Ash on her big day.

After True Jackson, Ashley went on to star as Kelly on Bucket and Skinner's Epic Adventures for a few years on the network (and TeenNick) and had roles in projects like, I Hate New Year's, Lab Rats: Bionic Island, Girl Meets World, and The Fosters. 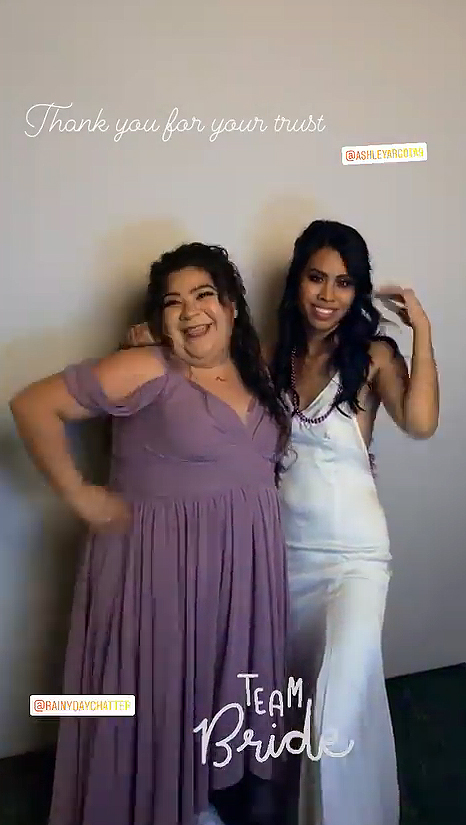 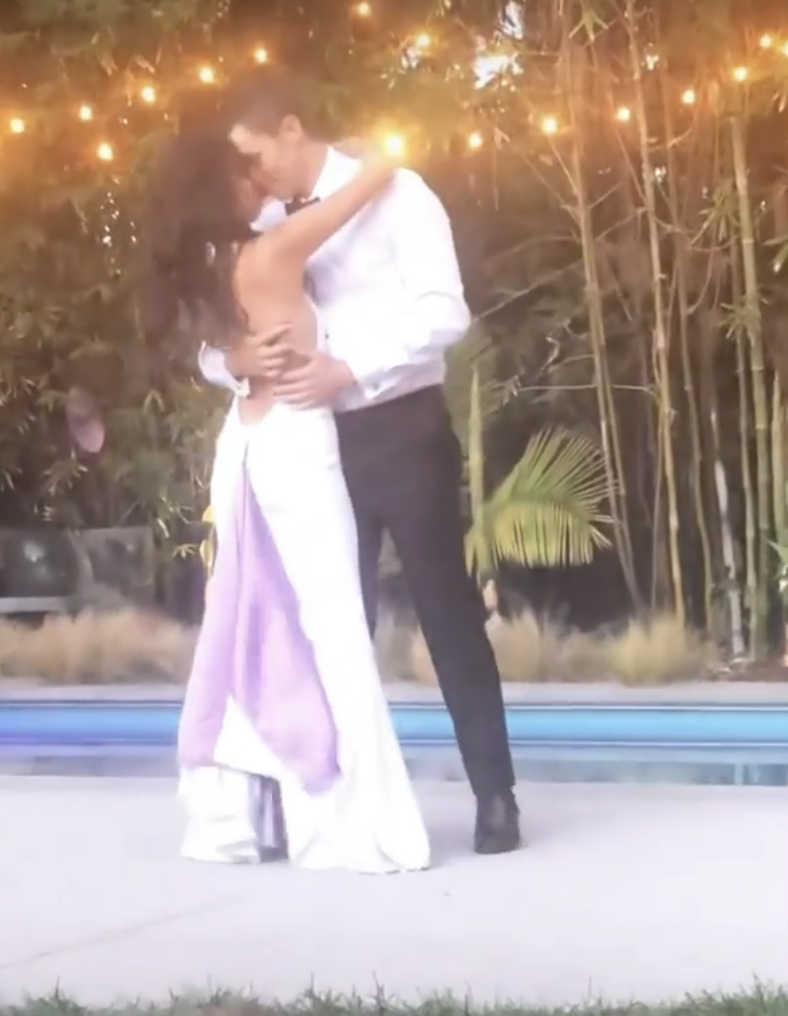 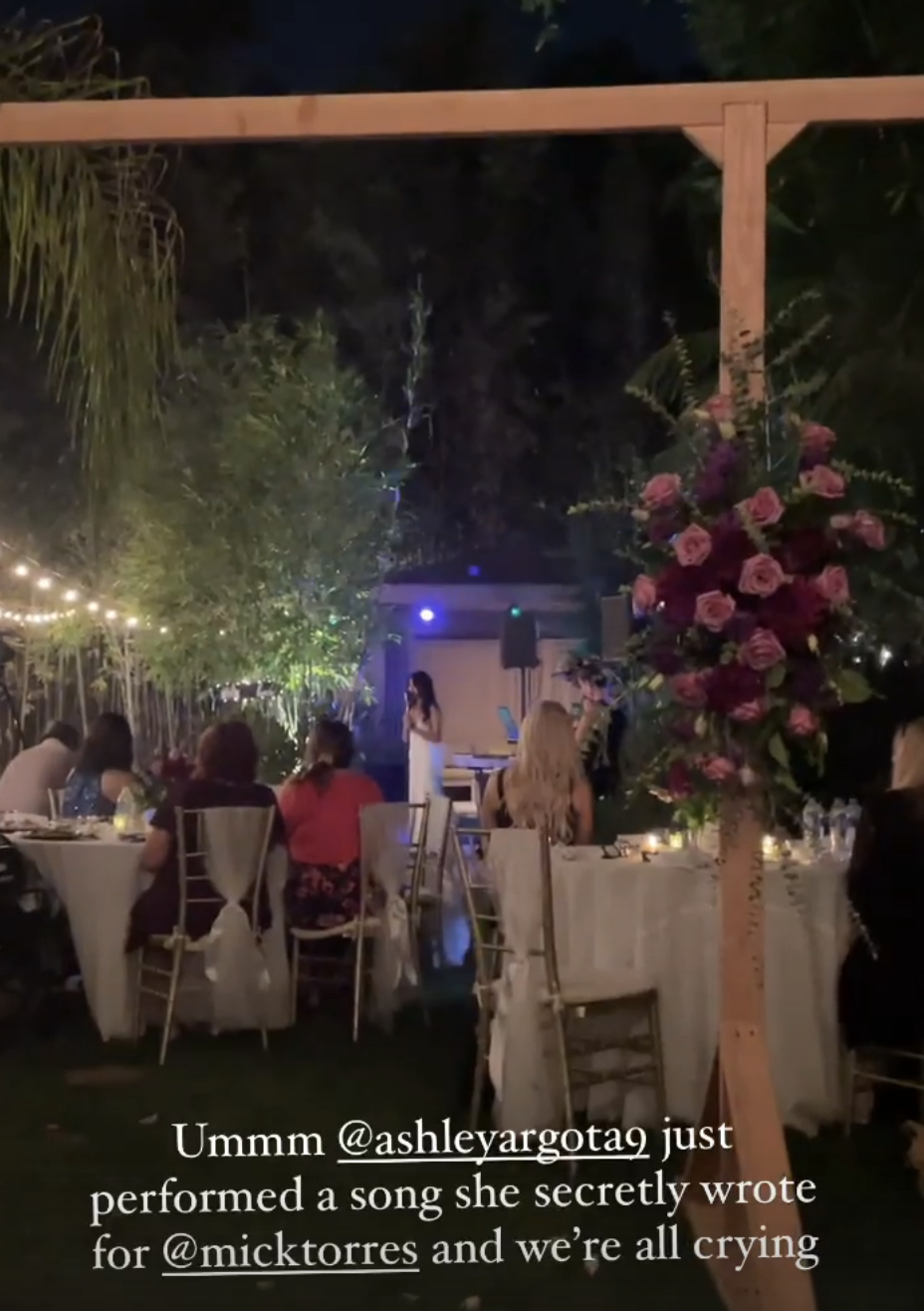 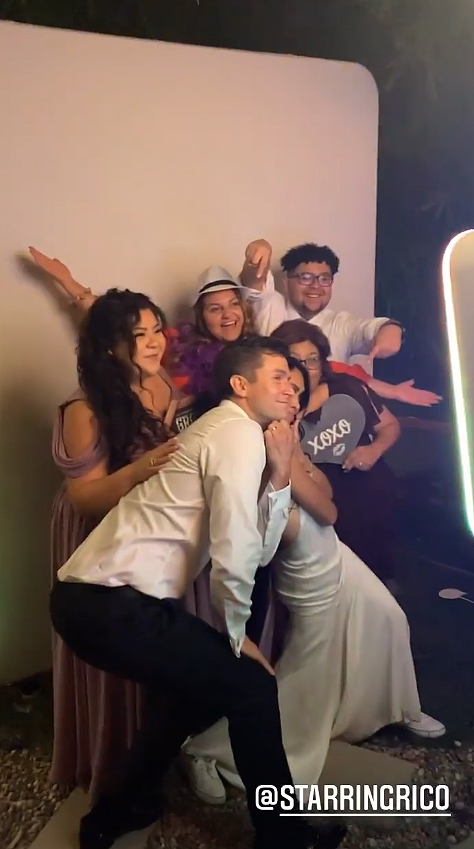 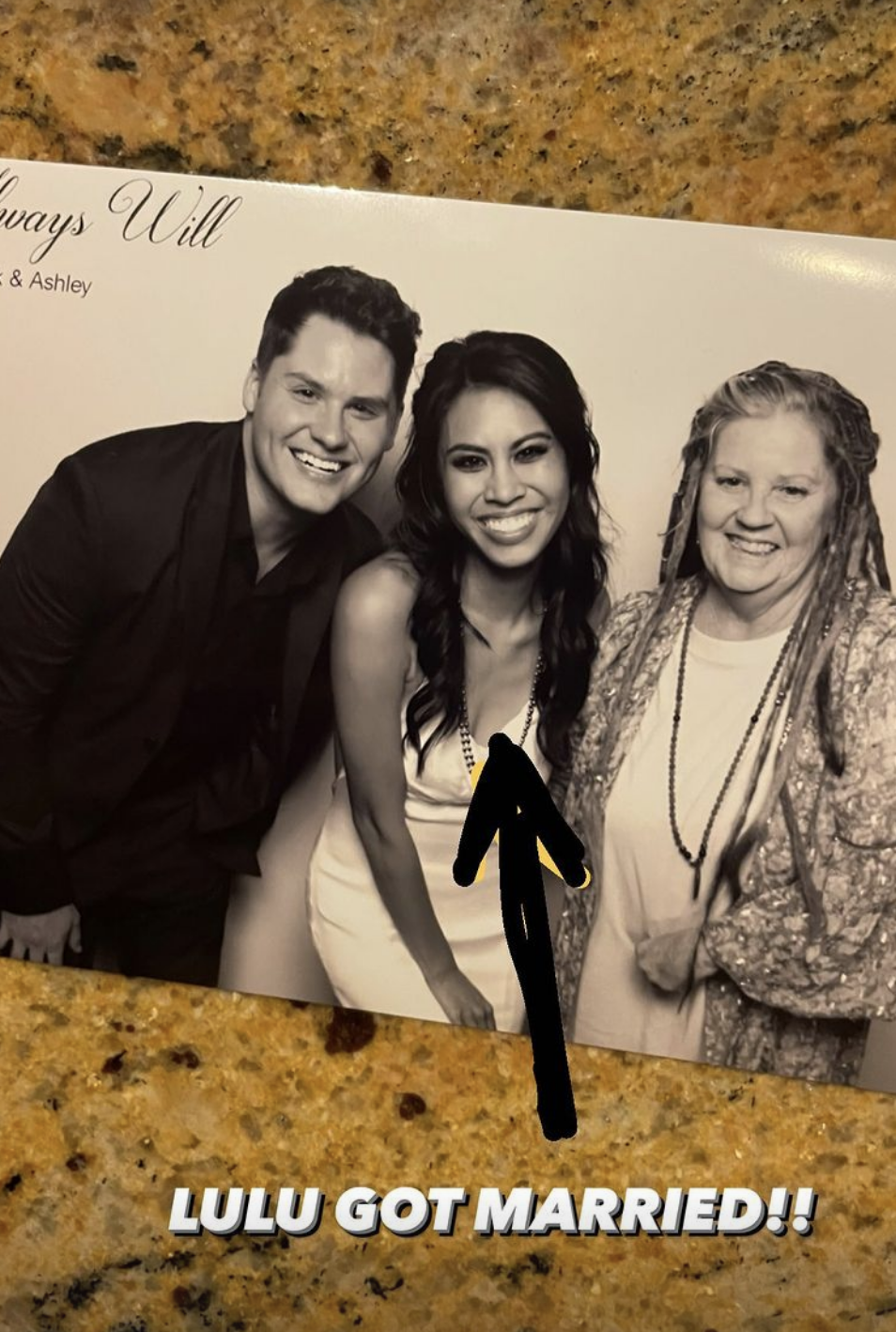