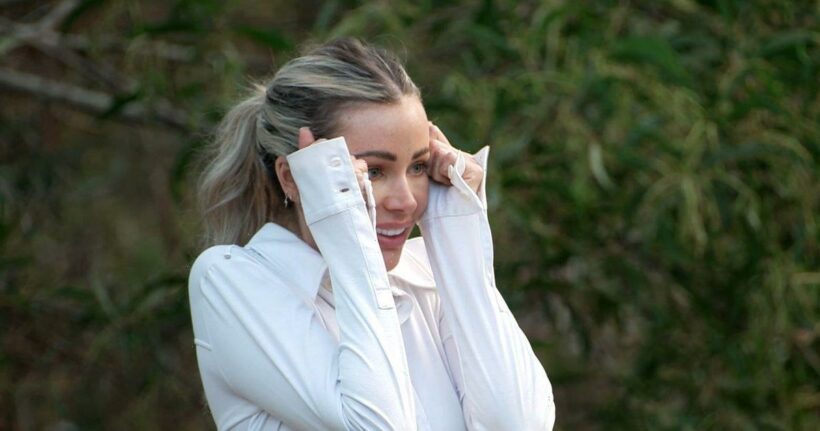 Olivia Atwood's body language reportedly revealed she was "feeling a little low" ahead of the reality star's forced exit from I'm a Celebrity … Get Me Out of Here!.

Celebrity pyschic and body language expert Inbaal Honigman claimed: "Every time they get a chance to look ahead, Olivia looks down, showing that she's feeling a little low, and Scarlette looks up, which is an optimistic gesture."

Inbaal added to the Daily Star that during her first and only Bushtucker trial, Olivia let teammate Scarlette Douglas take to the lead, seeing her take a "subordinate" stand next to the A Place In The Sun presenter.

She explained: "Both girls did their best in completing the task within the time allocated, but Olivia let Scarlette take the lead in being the cheerleader.

In Monday night's episode, Olivia and her fellow Jungle VIPs, Scarlette, Boy George and Chris Moyles took part in the Bushtucker trial having been marooned on a deserted island after finding out VIP stood for Very Isolated Person.

After successfully completing the trial and saving Boy George and Chris from drowning in a flooded box, our body language expert realised that Olivia's hands "told an interesting story".

Inbaal said: "When the challenge is over, Olivia's hands tell an interesting story – both hands rise to her forehead, covering her eyes, in a movement that signifies secret-keeping.

"She knows something that she doesn't want to reveal."

ITV shared a statement on Monday confirming the former TOWIE star was forced to withdraw from the series on medical grounds.

The ITV spokesperson said: "As a precautionary measure Olivia needed to leave the jungle to undergo some medical checks. Unfortunately, the medical team has advised it is not safe for Olivia to return to camp as there needs to be further investigation," the spokesperson said.

"She has been absolutely brilliant and she'll be very much missed on the show."