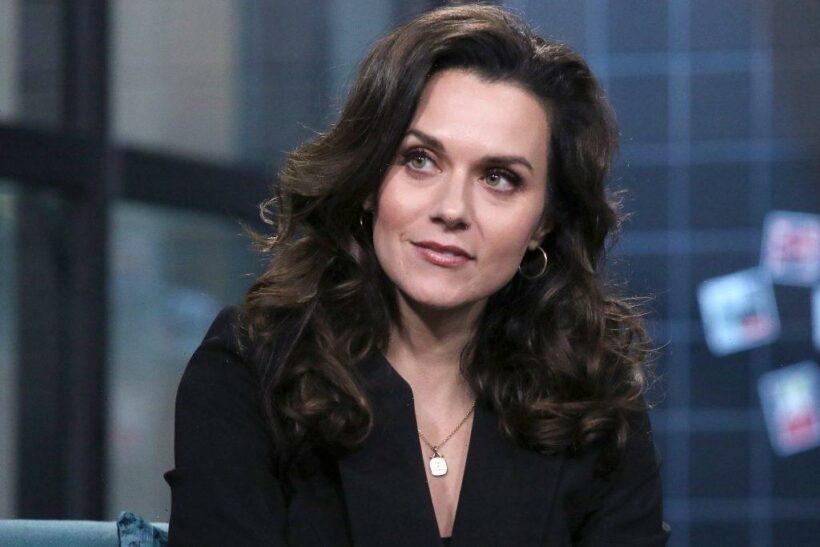 For the fans of the popular teen drama show, One Tree Hill, Lucas and Peyton are the holy grail of couples. It is interesting then, to get to know that the actors took a great amount of pain to film some of the popular scenes from the show.

In the tell-all podcast, Drama Queens, where the three best friends of One Tree Hill, Hilarie Burton, Sophia Bush, and Bethany Joy Lenz discuss the episodes and everything that went down behind the scenes, Burton revealed an uncomfortable experience that she had to go through while filming an intimate scene on the show with Chad Michael Murray, who played Lucas in the show.

Which Peyton-Lucas scene is Burton talking about?

It is the seventh episode of season 1 where Peyton and Lucas are at a party at Lucas’ step-brother and arch-enemy; and Peyton’s then-boyfriend, Nathan’s home. Lucas follows Peyton into a bedroom to console her after Brooke, played by Sophia Bush, forces Peyton to kiss Lucas in front of all their friends.

At this point, it is already established that Lucas is in love with Peyton. Peyton, though she feels for him too, is scared and confused with the idea of a real relationship because of a dysfunctional one with Nathan.

In the bedroom, Peyton and Lucas, overcome with a myriad of emotions, get involved in a passionate scene. While Lucas thinks it’s Peyton reciprocating his feelings, according to Burton, Peyton feels guilty about the forced kiss and wants to make it up to him. The scene ends abruptly and quite to the shock of Lucas when he expresses the depth of his feelings. Peyton, however, in the fear of giving her heart away for real and also realizing her mistake, leaves.

For a show, popularly known for its dramatic portrayal of teen angst and crises, Lucas and Peyton’s story was integral to its theme. Lucas and Peyton’s interactions in the first few episodes, including this one, were considered the build-up for what would go on to become a popular TV romance.

But Burton did not experience bringing this scene to life the same way. This revelation, however, does not come as a complete surprise. In recent years, many actors, including Bush, a co-host of the Drama Queens podcast, have spoken up about the terrible experiences they had while working on the show.

In Drama Queens’ recent episode on Aug. 9, when Burton, Bush, and Lenz discussed the seventh episode. While talking about the kiss, Burton said that she was on board with the intention of the scene but wanted it to be just a kissing scene. “When I was in high school and you kissed a boy for the first time, that was it. You’d make out for like 20 minutes. Cool!” Burton said. The scene was “very graphic,” she added.

Burton was asked to kiss Murray down his chest and undo his belt. This made Burton very uncomfortable. “I was so whacked about it, you guys,” Burton said. “So whacked out about it.”

Lenz pointed out that it was also a bad example to set for young girls watching the show. A concerned Burton, unable to question the scene, told the director that she would only do two or three takes because she thought the scene was too inappropriate.

Appreciating her co-star Murray, Burton noted that he left a white tank top on so that she didn’t have to kiss his bare body because that would be “weird.” Further, Burton began questioning the morality of it all.

The bond of sisterhood

Facing a huge conflict as a young actor, Burton broke down into tears in her trailer before doing the scene. But it was her manager and the other hair and make-up artists who made her feel supported enough to shoot the scene.

“It feels dirty. It feels like they’re trying to sex everything up,” Burton said to her team. Listening to this, all the women gathered around in the trailer and assured her that she could do it and that they would be behind the monitor during the scene. They also did a quick vodka shot for Burton.

“It was such a moment of sisterhood that really solidified my friendships behind the camera because I knew we were going to have to continue to do stuff that felt weird,” Burton said. “I felt like a prostitute. It was the first moment where I was like I am kissing someone for money.”

Burton acknowledged the women who supported her. She noted that the support system that she found in the women behind the camera made the One Tree Hill set a much safer space for her.