Ousted Jeopardy! host Mike Richards looked carefree as he was spotted for the first time since he quit his gig over his sexist comments.

Mike, 46, and his wife Stephanie Richards were spotted by cameras as they were out for a walk. 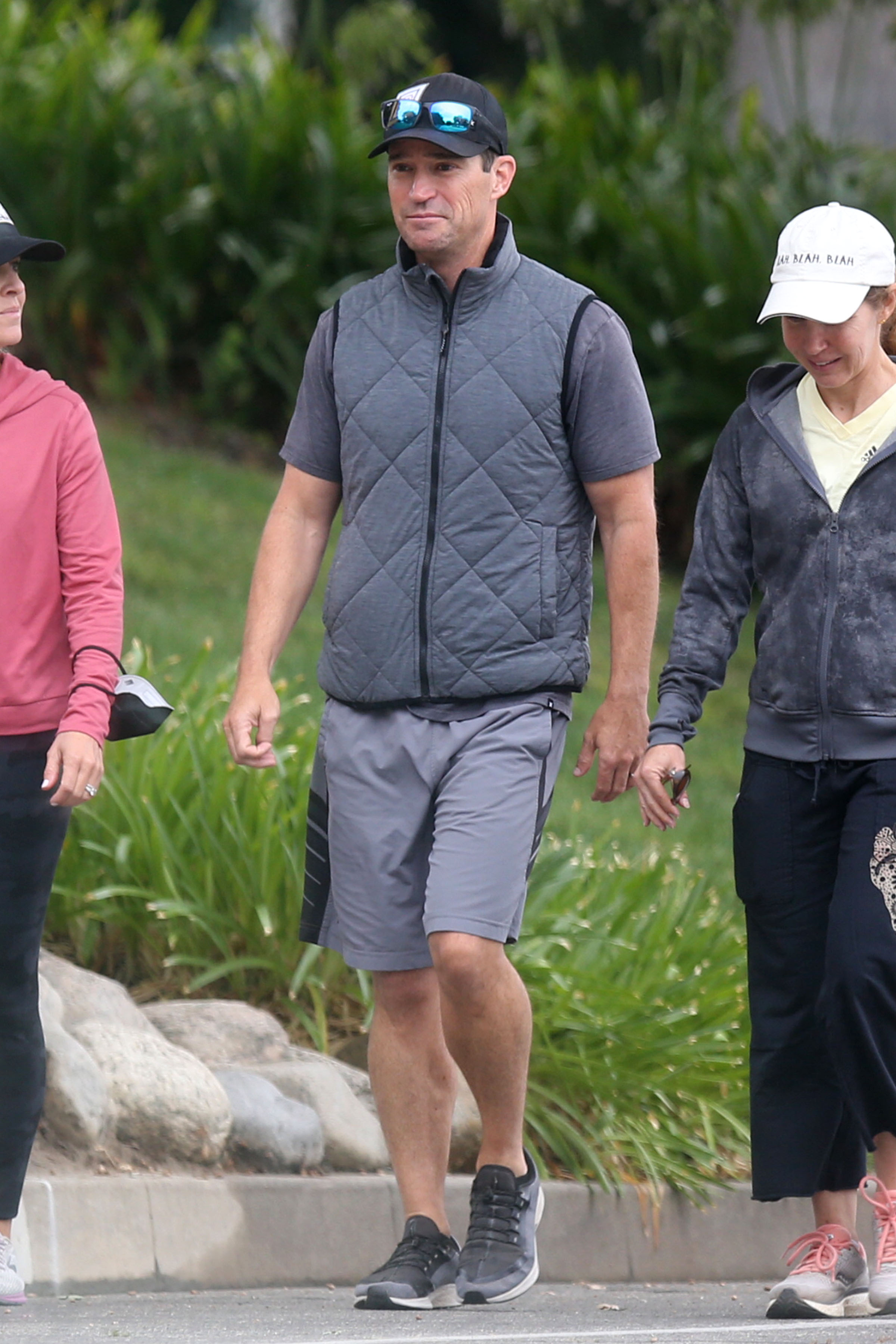 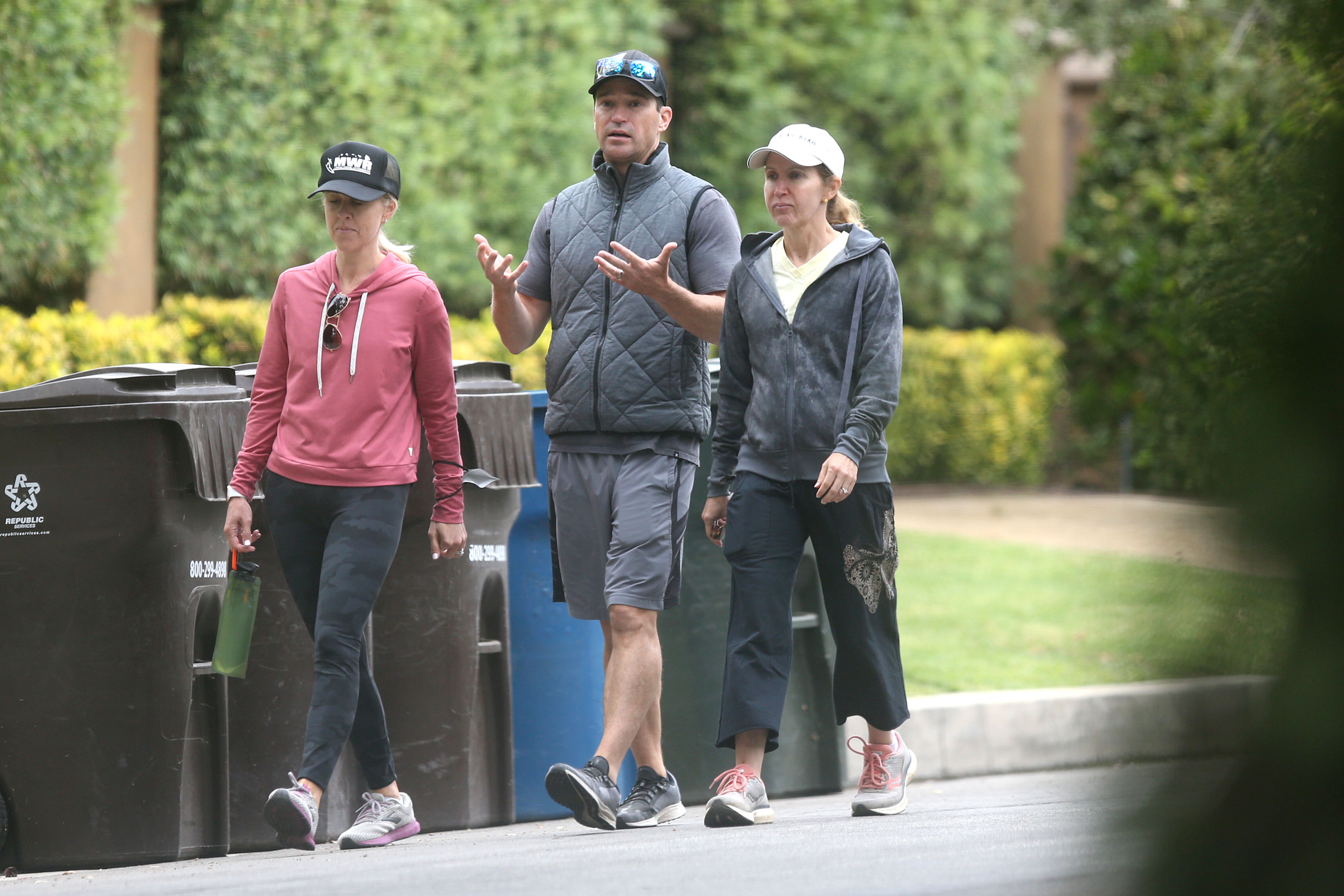 On a Saturday morning, the two were out for a stroll in a suburban neighborhood in Los Angeles.

They were joined by another gal pal during their stroll.

While wearing a grey padded vest, the former Jeopardy! host covered his head with a baseball cap and sunglasses.

Mike's wife rocked a hoodie and donned a hat as well.

The two appeared to be enjoying themselves despite the rocky setback. 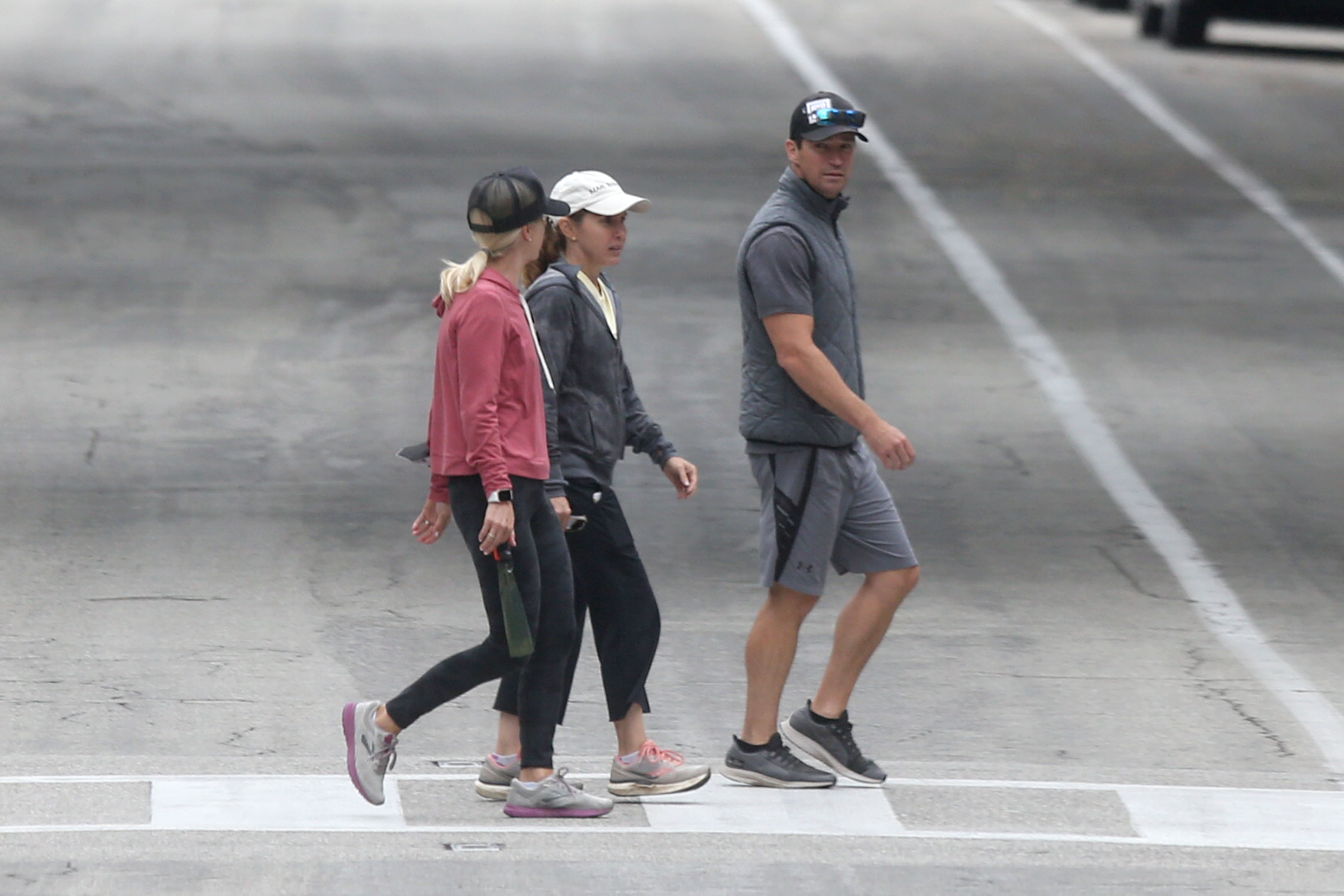 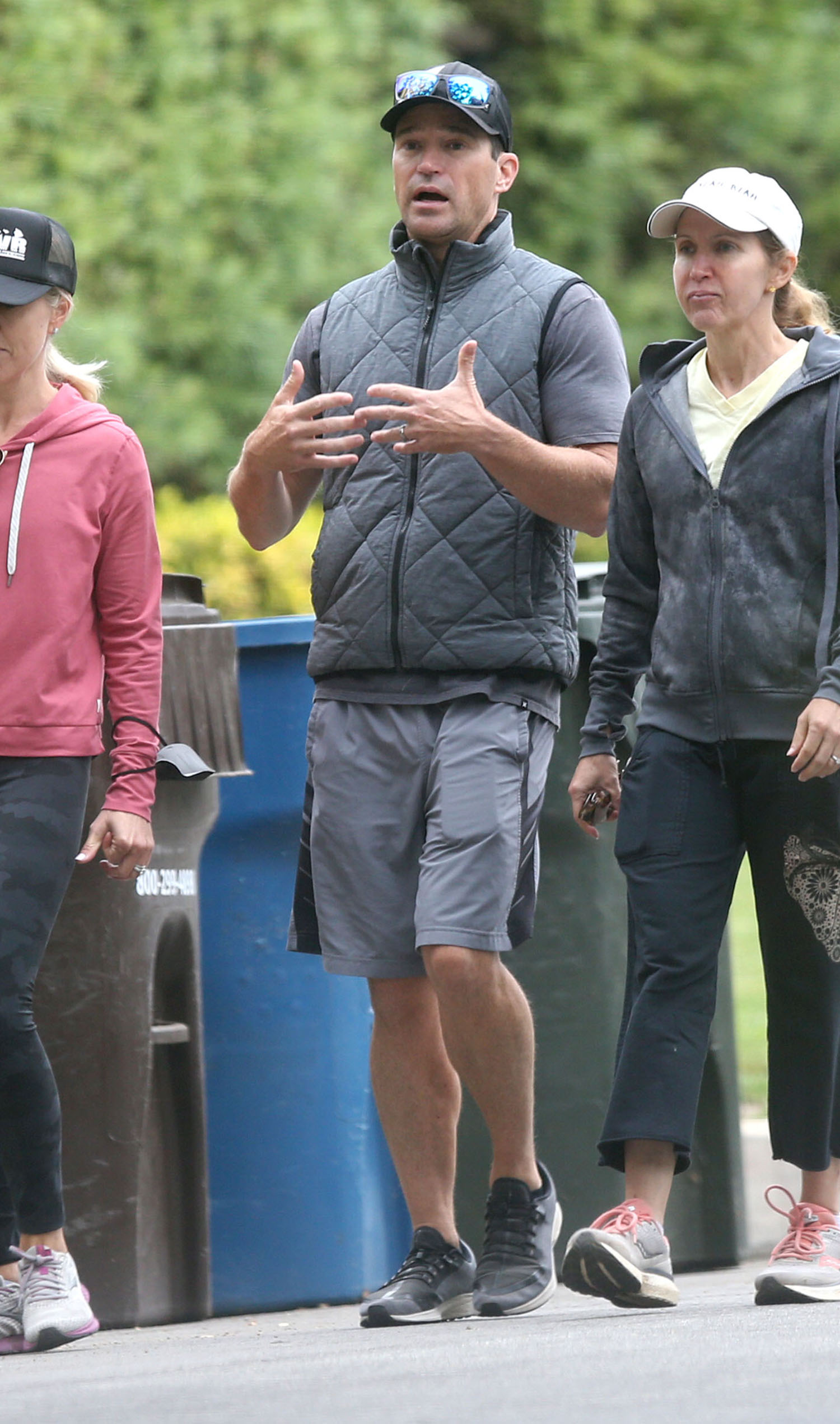 On Friday, Mike announced that he was stepping down from his hosting duty in a memo – which surfaced online – released to his staff.

The statement read: "I was deeply honored to be asked to host the syndicated show and was thrilled by the opportunity to expand my role.

"However, over the last several days it has become clear that moving forward as host would be too much of a distraction for our fans and not the right move for the show."

The statement concluded: "I want to apologize to each of you for the unwanted negative attention that has come to Jeopardy! over the last few weeks and for the confusion and delays this is now causing.

"I know I have a lot of work to do to regain your trust and confidence."

Mike was named the new Jeopardy! host alongside actress Mayim Balik earlier this month following Alex Trebek's death back in 2020. 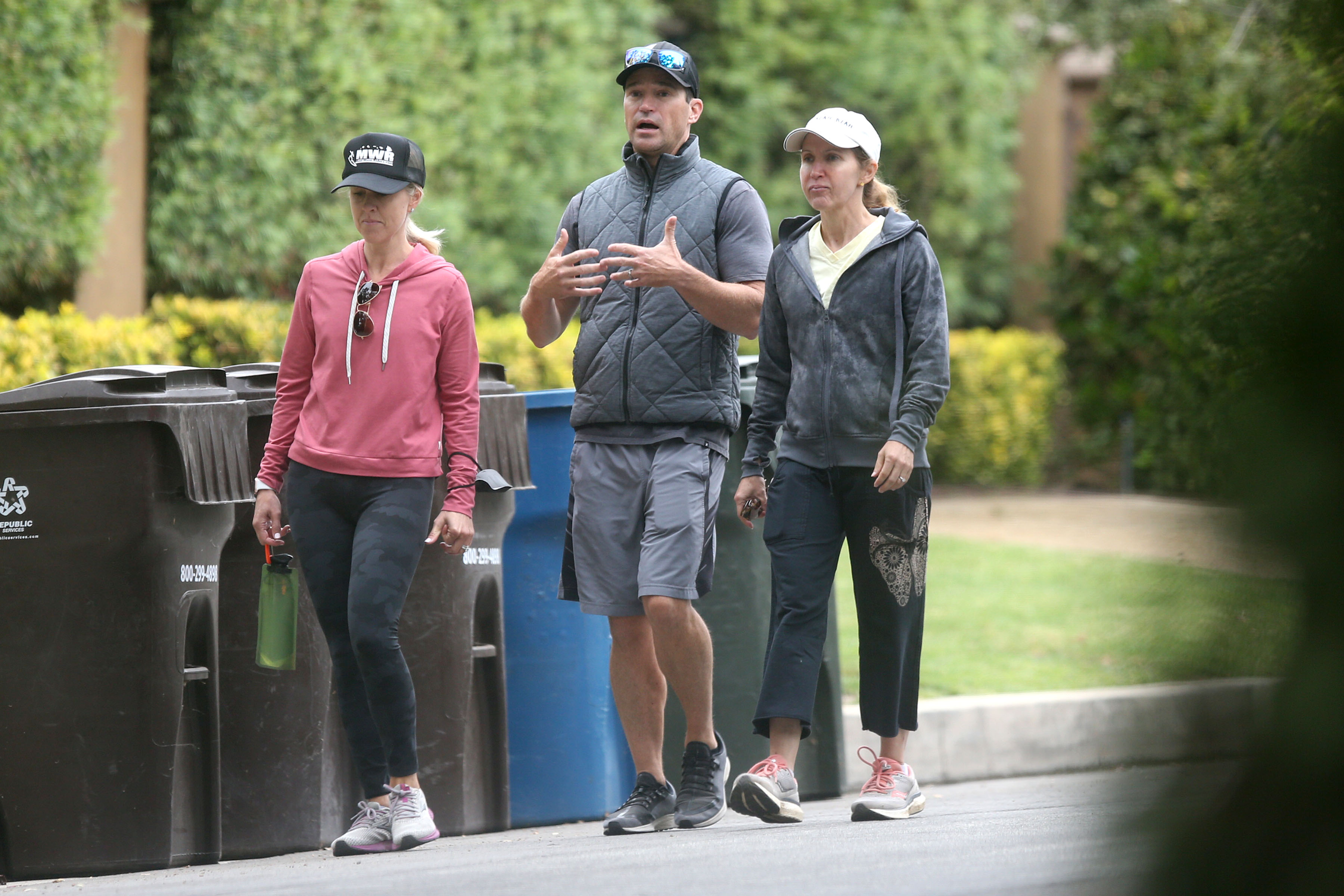 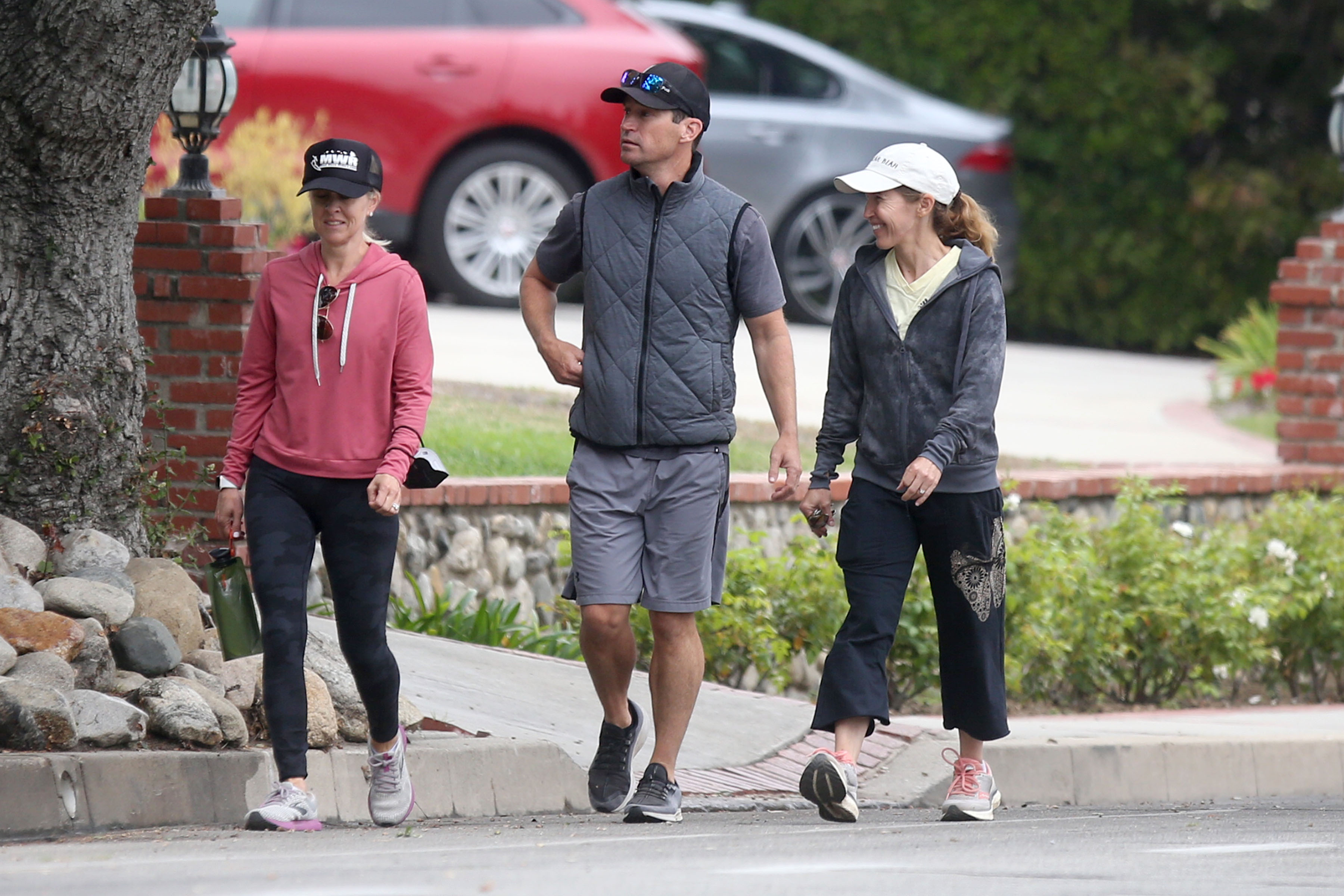 The quiz show host recently landed himself in hot water over the controversial comments he had made about his co-host Beth Triffon during The Randumb Show podcast.

According to The Ringer, Beth – who served as his co-host/former assistant – said she worked as a model at the CES during the episode.

In another episode, Mike made comments about a photo of Beth and her friends.

He called the group “really frumpy and overweight” and claimed, “they all look terrible in the picture… they look fat and not good in the picture”. 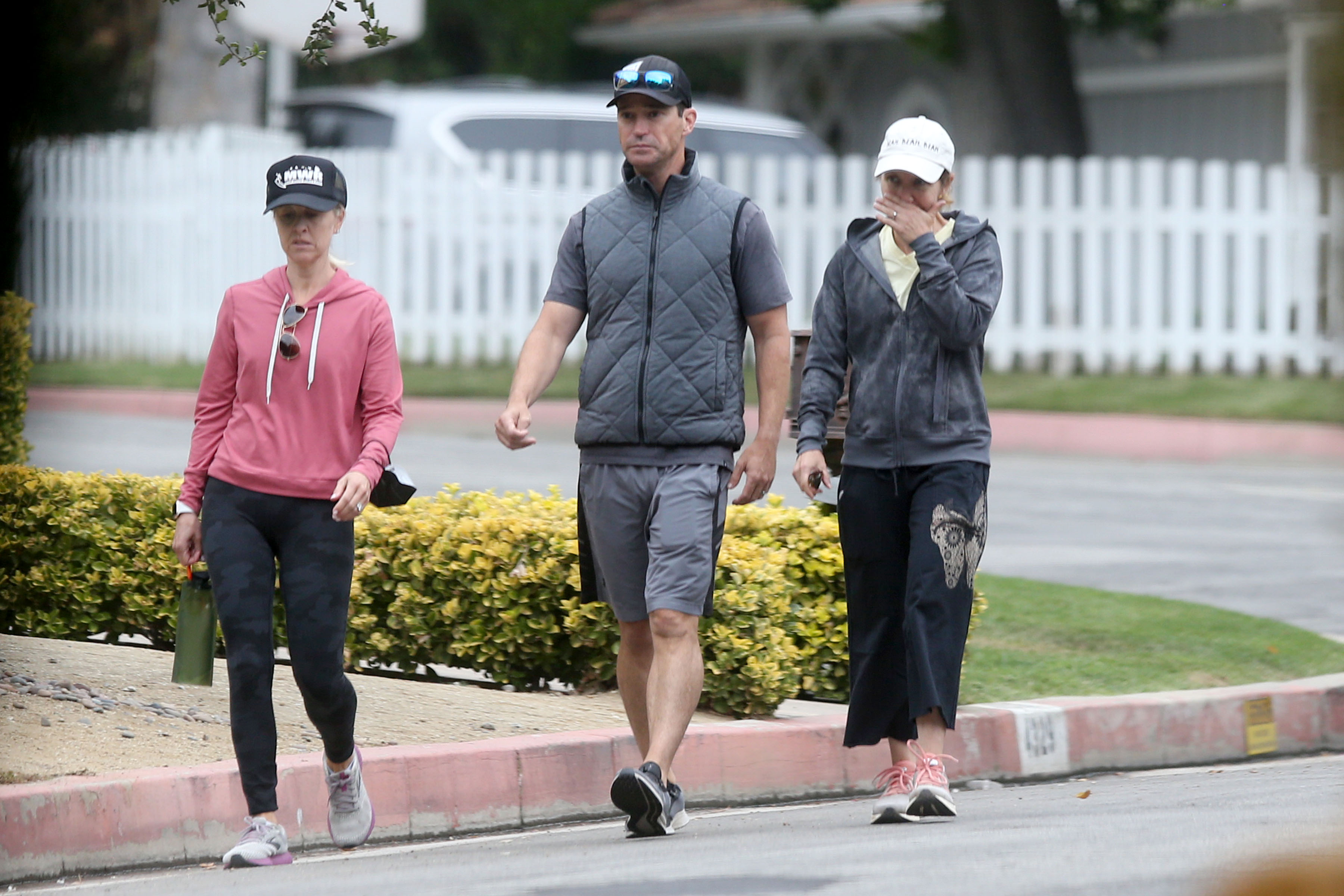 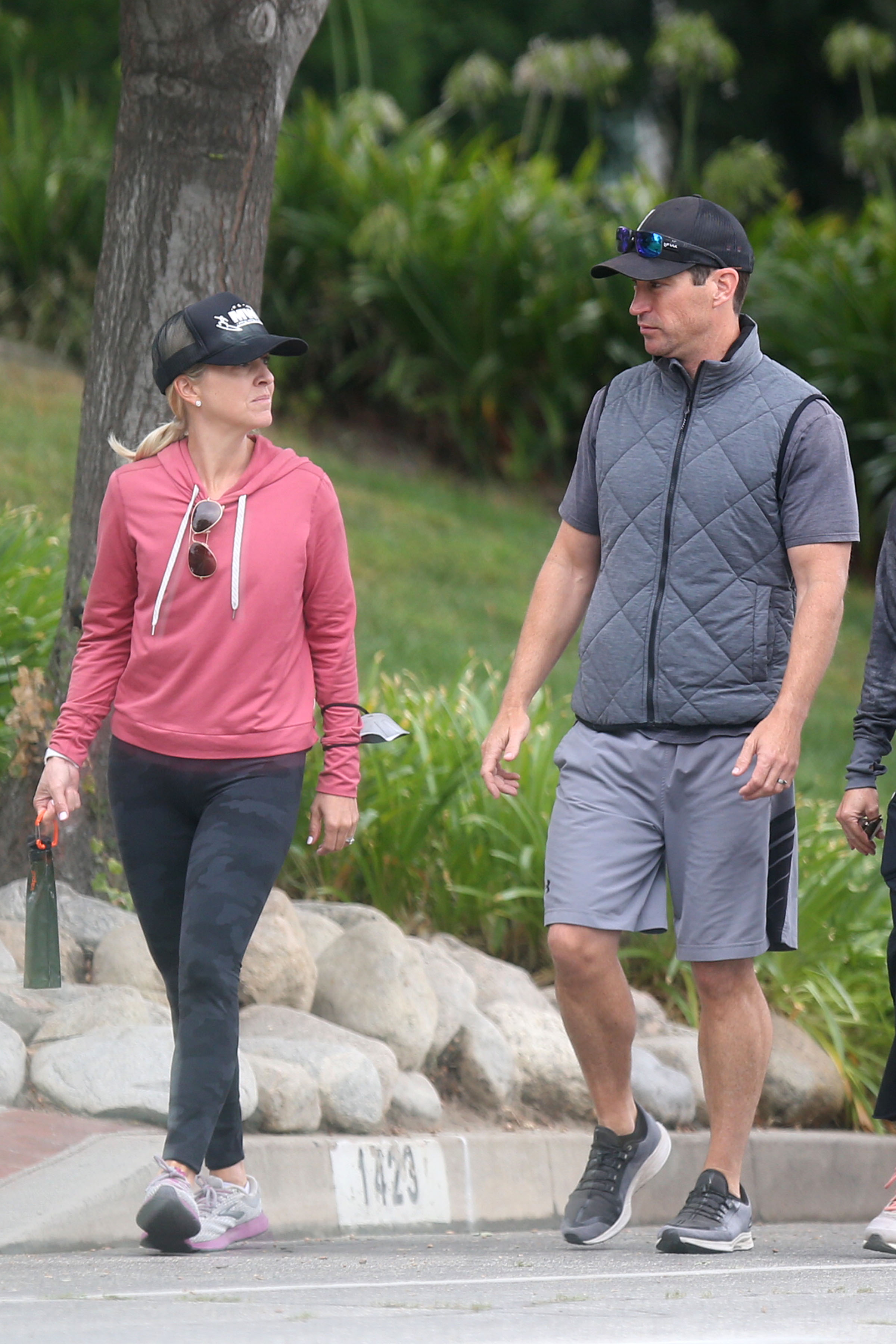 Following the backlash, Mike broke his silence with a statement via Sony.

The former TV host said: "It is humbling to confront a terribly embarrassing moment of misjudgment, thoughtlessness, and insensitivity from nearly a decade ago.

"Looking back now, there is no excuse, of course, for the comments I made on this podcast and I am deeply sorry."

He added: "The podcast was intended to be a series of irreverent conversations between longtime friends who had a history of joking around."

"Even with the passage of time, it’s more than clear that my attempts to be funny and provocative were not acceptable, and I have removed the episodes."

Earlier this month, rumors began to spread that he had also contributed to "toxic" behavior on The Price Is Right set. 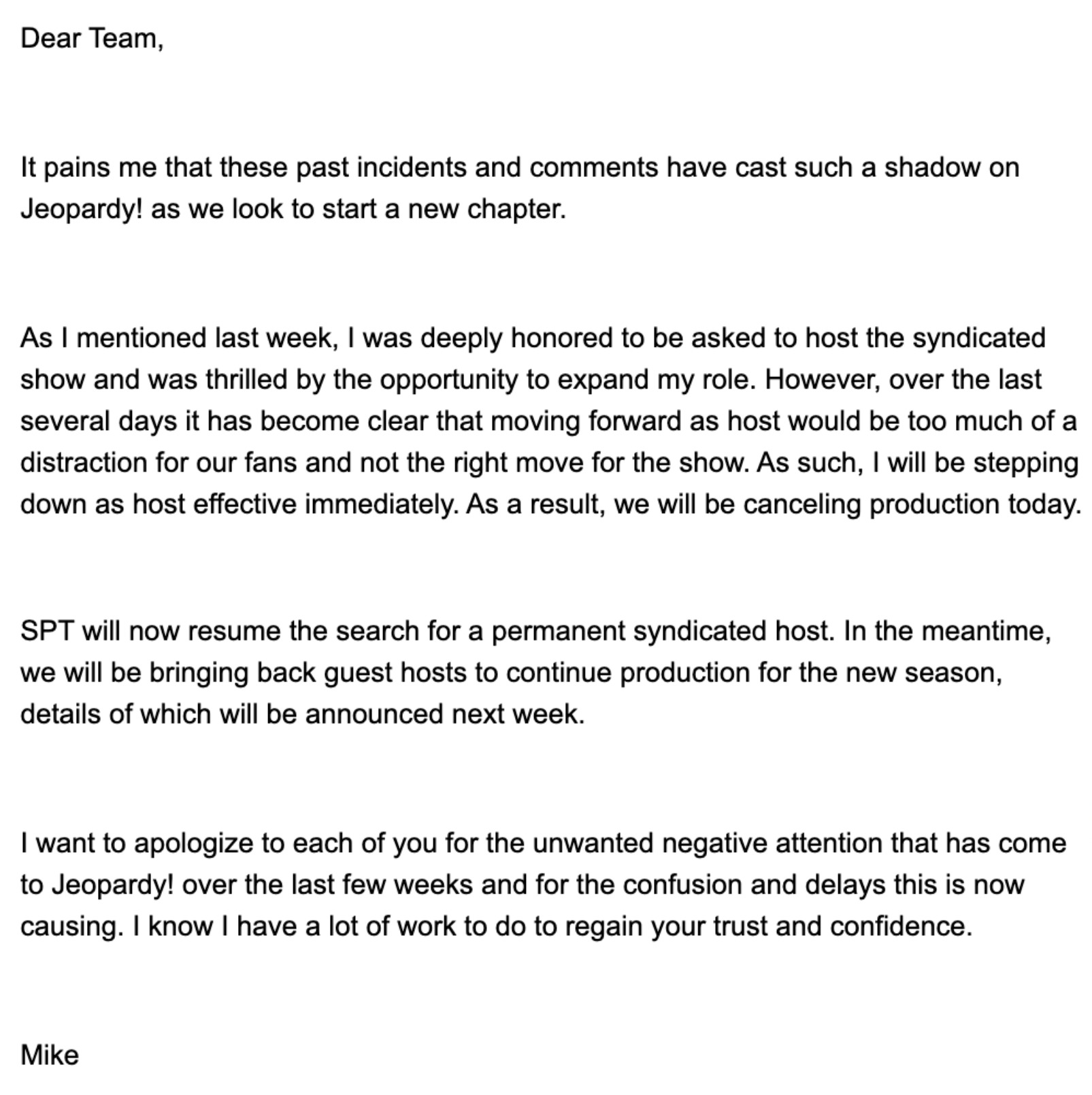 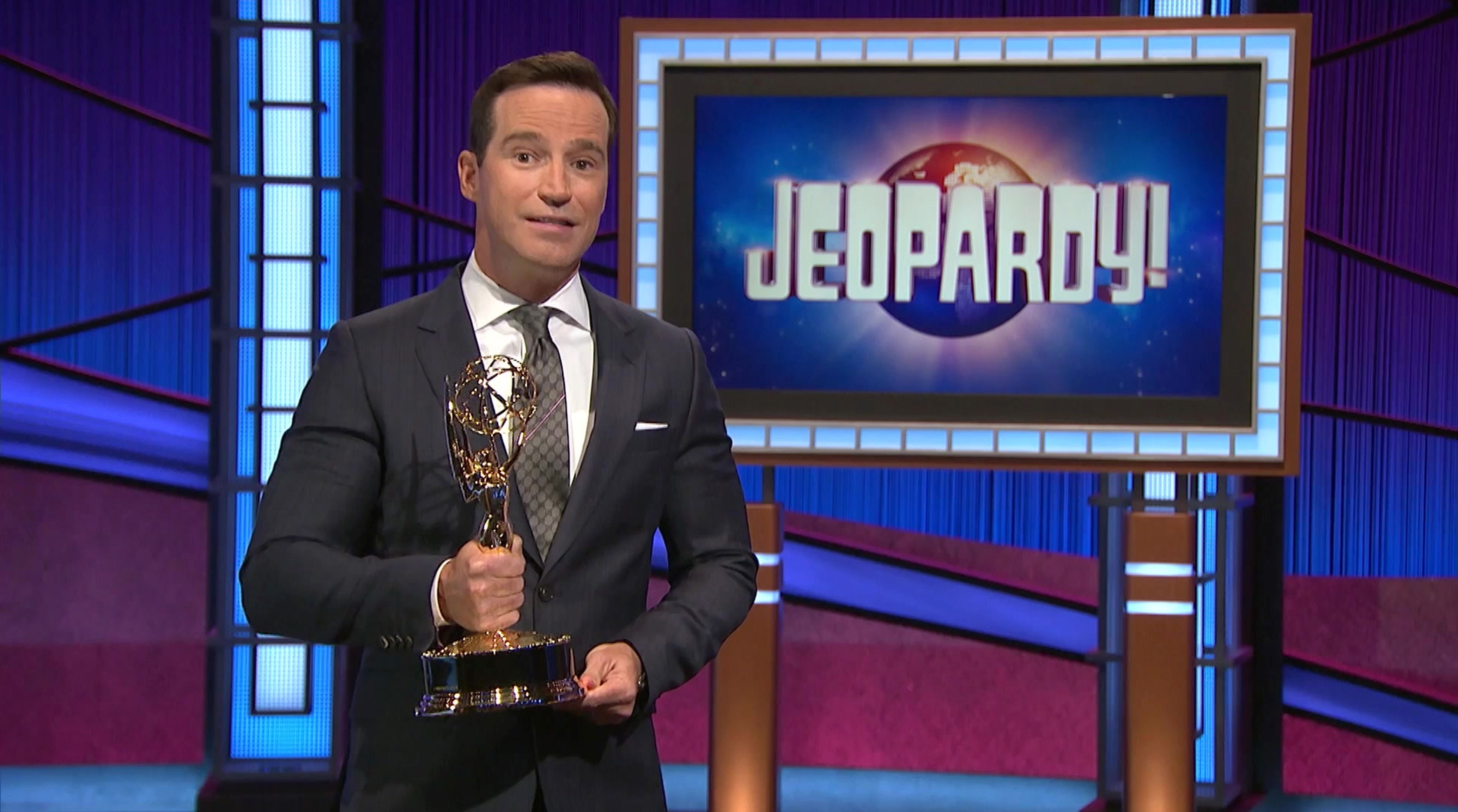 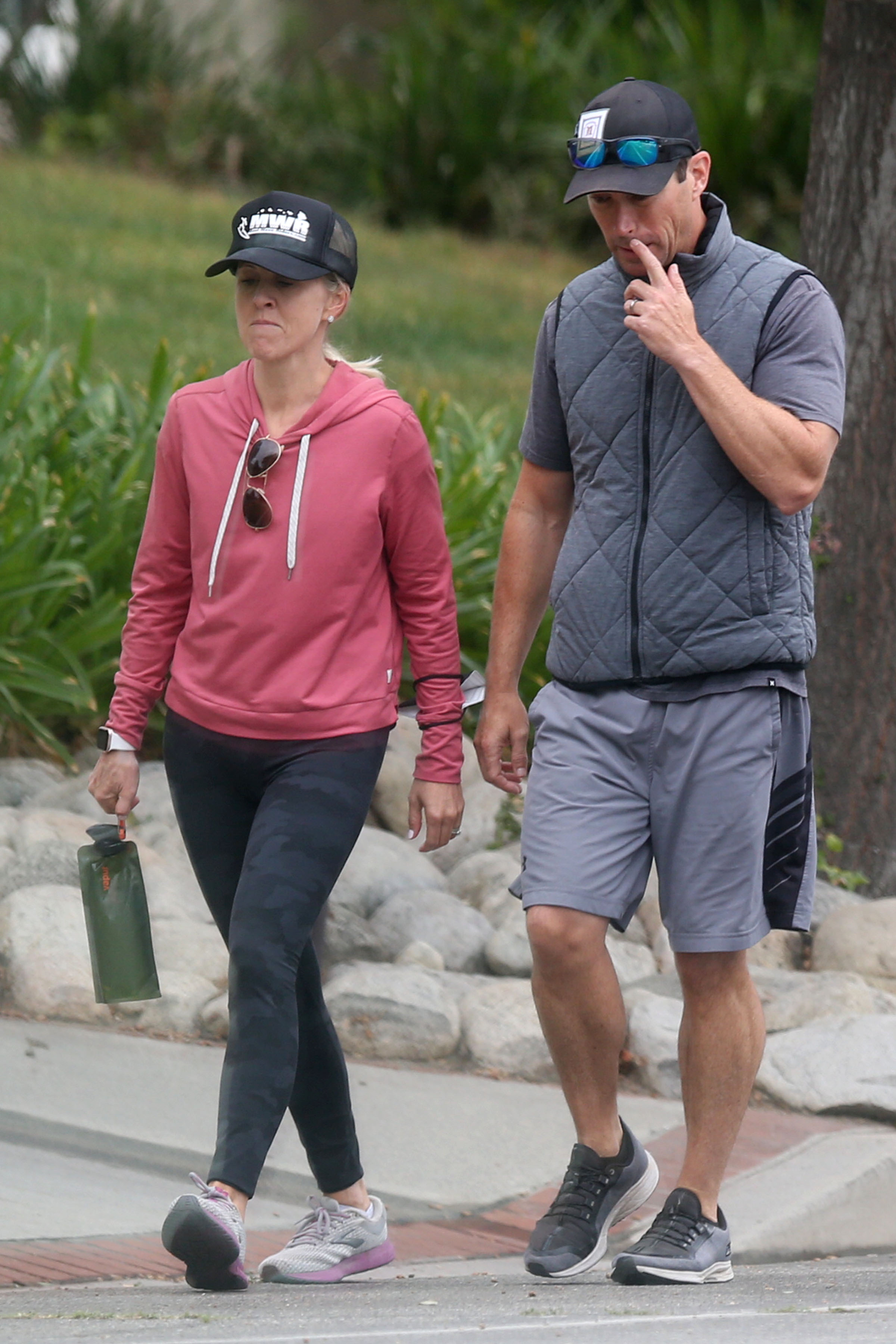