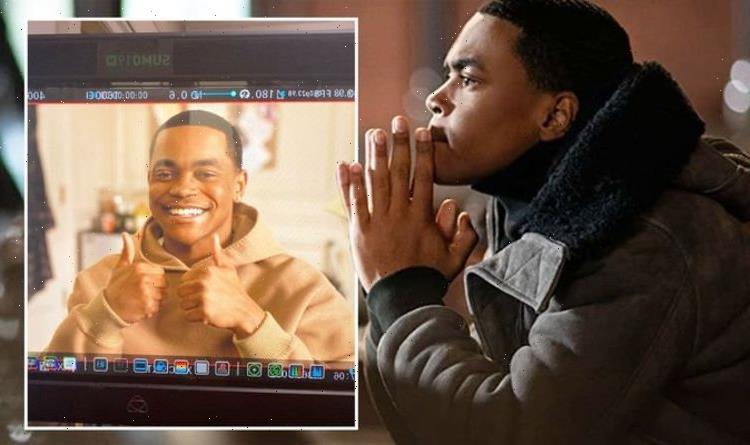 Power Book II: Ghost has picked up right from where hit Starz series Power left off, replicating the flagship drama’s success in both the USA and UK. Following Tariq St Patrick (played by Michael Rainey Jr) as he embarks on adult life at college, Book II puts the young St Patrick centre stage after he murdered father James ‘Ghost’ St Patrick (Omari Hardwick) in the Power series finale. The second season of Book II was renewed before the debut run even began, and now Rainey Jr has confirmed filming has wrapped.

Taking to Instagram, the Power star shared a series of behind the scenes snaps from filming of the second season.

“S2 in the Books [peace emoji],” Rainey Jr penned as a caption alongside the snaps. “See y’all soon.”

In one selfie, co-stars Gianni Paolo and Alix Lapri, who play Brayden and Effie respectively, join Rainey Jr at a table read.

Rainey Jr follows this up with a backstage clip from the make up room as he teases Paolo and members of the Starz crew.

Also among the collection are clips from the set of filming as well as more teasing of co-star Paolo.

Needless to say, it didn’t take long for fans to express their excitement in response to Rainey Jr’s announcement.

“Thank God… I been waiting!!!” one excited fan penned, with a second echoing: “Yessss Brilliant character development cuz I def hated your character for years and now I’m rooting for you!” (Sic)

A third took aim at fellow Power spin-off Raising Kanan which is currently airing on Starz: “Thank god no disrespect but that raising kanan ain’t the move.”

“Thank y’all for keeping us entertained,” a fourth concurred. “And I’m glad y’all did a Power Book 2 to change the outlook on the character Tariq. It still sucks he shot his father, but all 3 Powers are good so far.”

While others put forward their hopes and predictions for season two: “I wanna see Effie & Riq be together this season.”

Sadly, while the second season may be wrapped, the Tariq star failed to provide an exact release date for when the drama will return.

A new promo released last month gave fans an update on all of the Power spin-offs on the way, including Book III: Raising Kanan and Book IV: Force.

Raising Kanan kicked off on Starz on July 18 to follow the teenage years of Power antagonist Kanan (Mekai Curtis).

Ghost was confirmed to return in November while Force has been penned for an early-2022 release.

While Tariq and Kanan lead the way in Books II and III, Force will follow fan-favourite Tommy Egan (Joseph Sikora).

And Sikora has a huge update on how things were going on his show this week, similarly to Rainey Jr confirmed the spin-off had wrapped.

So with Book II season two and Force all wrapped, it sounds like there’s plenty more drama coming Power fans way in the future.

Power Book II: Ghost season 2 premieres on Starz and Starzplay (via Amazon Prime Video) in the UK in November.