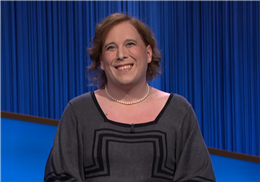 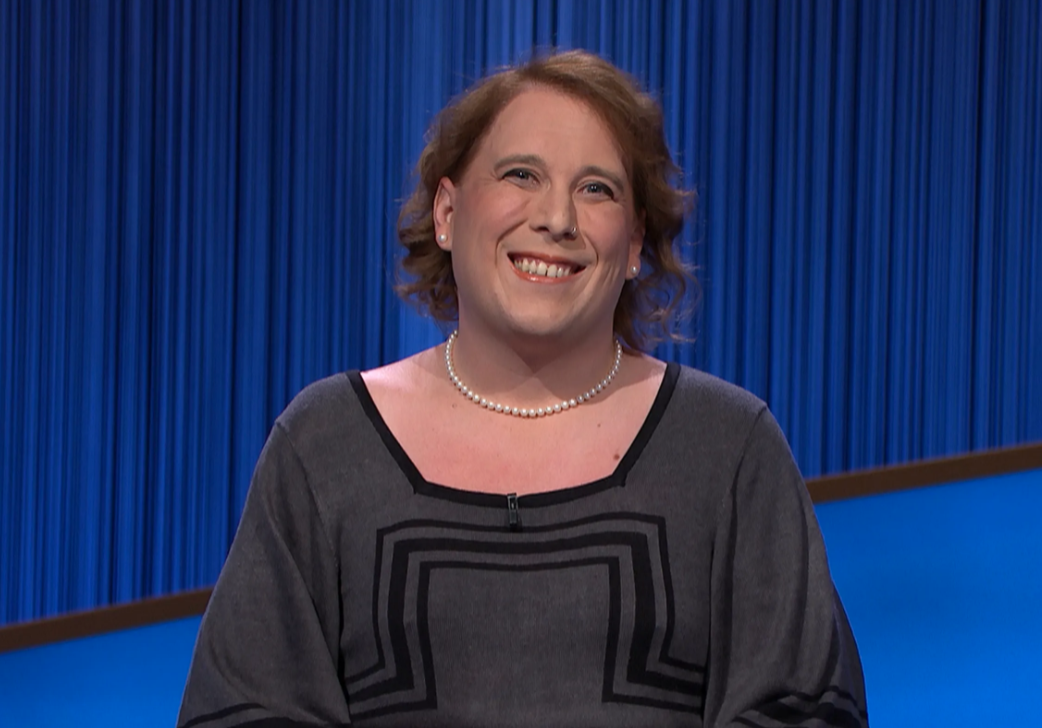 Amy Schneider, who is the highest earning woman on Jeopardy!, was mugged hours before being seen on TV winning her 24th straight victory on the show.

Schneider, 42, recently broke the record of winning more money than any other woman in the iconic programme’s history.

But she told fans she’d suffered a horror start to the New Year after being caught up in a mugging in Oakland, California, near her home – in which all her valuables were taken.

The contestant assured fans she was ‘fine’ but went on to explain the full extent of the incident.

Sharing the crime on Twitter, she wrote: ’Hi all! So, first off: I’m fine. But I got robbed yesterday, lost my ID, credit cards, and phone.

‘I then couldn’t really sleep last night, and have been dragging myself around all day trying to replace everything.

‘So, I doubt I’ll even start writing tonight’s game thread today, and if I keep winning, it may take a bit for me to get caught up. Thanks for your patience!’

Oakland police said in a statement they were still investigating the armed robbery that occurred Sunday afternoon and had not yet made any arrests.

The show said in a statement: ‘We were deeply saddened to hear about this incident, and we reached out to Amy privately to offer our help in any capacity.’