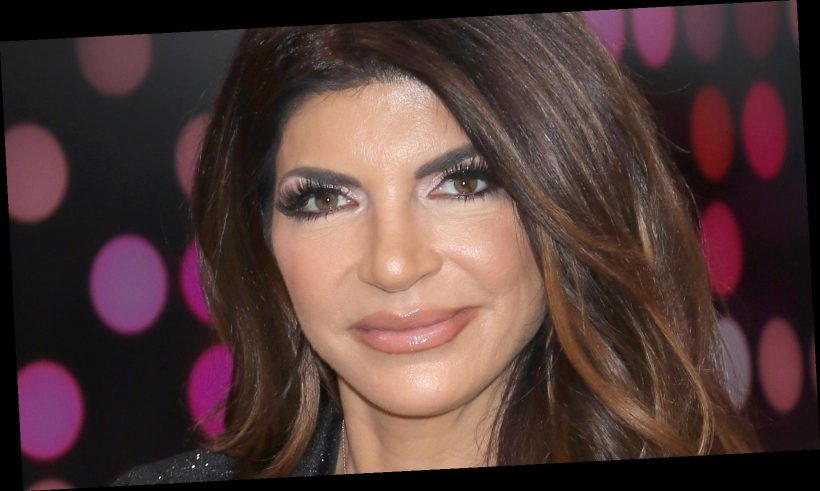 Teresa Giudice and Dina Manzo were very close friends on the first two seasons of The Real Housewives of New Jersey, but their bond was not strong enough to keep Dina on the show. The reality star made up the original cast of the Bravo hit alongside Teresa, her sister Caroline Manzo, Danielle Staub, and Jacqueline Laurita, but sensationally quit the series part way through Season 2 because she no longer wanted to film with Danielle after the two repeatedly butted heads. She then returned for Season 6, but only stuck around for one additional season.

Dina also returned in a brief stint to support her friend, most notably popping up in one episode of Season 4 in 2012 when she attended Teresa’s party following a falling out with Caroline and Jaqueline. But, as more drama consumes Teresa in Season 11, which debuted on Bravo in March 2021, what is her friendship with Dina really like today? Keep reading to find out.

Are Teresa Giudice and Dina Manzo still friends in 2021?

Yes! Despite reality TV having a less than stellar past when it comes to friends staying friends, Teresa Giudice and Dina Manzo are still friends in 2021. As reported by Bravo, Dina moved to Los Angeles in 2015, which made it more difficult for the two to spend time together, but they have shown on multiple occasions that they are still close.

Dina and Teresa often give each other support on social media, with one recent interaction showing the former giving the latter some love when she posted a tribute to her late mother on March 3, 2021. Teresa posted several photos of herself and the late Antonia Gorga to Instagram alongside the caption, “I miss you so much Mommy not a day goes by that I do not think of you.” Dina commented on the snap, “Angel,” alongside a sparkle and double heart emoji.

Teresa was on hand to celebrate Manzo’s family a couple of months earlier when the proud mom shared an Instagram post in honor of her daughter Lexi Manzo’s 25th birthday on Jan. 25, 2021. “May this be the start of a beautiful new and exciting chapter of your life[.] Mama will be right here cheering you on,” she wrote in the caption, while Teresa wrote in the comments section, “Happy Birthday Beautiful.”

But Teresa is not so supportive of her friend’s entire family. Keep reading to find out which member of the Manzo clan Teresa probably won’t be wishing a happy birthday.

Dina Manzo’s appearance on The Real Housewives of New Jersey was all about family. Her stint began alongside her sister Caroline Manzo and her sister-in-law Jacqueline Laurita, both of whom have also since left the franchise. Things went sour between Dina and Caroline after the former left the series for the first time, and their contentious relationship was a big storyline with Teresa at the center. Caroline and Teresa had a public falling out at the end of Season 3 that spilled into Seasons 4 and 5, after which she left to star in her own spin-off, Manzo’d With Children.

During the RHONJ Season 3 reunion, Caroline publicly accused Teresa of creating a wedge between herself and Dina. “She was led to believe a lot of things that aren’t true. She has a good friend that likes to talk and when she says things to her that aren’t true against me and Jacqueline…” Caroline told host Andy Cohen, per Hollywood Life, after he asked what happened between the sisters when Caroline confirmed they were not on speaking terms. “I’m looking at you [Teresa],” she added.

Caroline alleged she had emails that backed up her claims that Teresa was involved in the demise of her once close relationship with Dina, though the star — who is the only Housewife to appear on every single season of RHONJ — maintained that she “never said one thing to Dina.”

What Dina Manzo and Teresa Giudice think of their respective spouses

Dina Manzo and Teresa Giudice both have different spouses in 2021 than when they appeared together on the show, but it sounds like both are very supportive of each other’s new loves. Teresa was married to Joe Giudice for 20 years, but they divorced in 2020 after Joe was deported to Italy following a prison stint for fraud. She went public with her new boyfriend, Luis Ruelas, in late 2020, and it seems that Dina has met him.

In January 2021, Teresa and Luis joined her daughters on a trip to the West Coast. They did not share a photo of Dina and Lisa together, though Teresa’s daughter Gia Giudice posted a snap to Instagram of herself, her mom, and her sisters posing with their former co-star, and Dina commented (via Bravo’s The Daily Dish), “So happy I got to see all your beautiful faces!!! Love you.”

Teresa has also been vocal in her approval of Dina’s husband, Dave Cantin, whom she married in 2017 after splitting with Tommy Manzo — the brother of Caroline Manzo’s husband, Albert Manzo — in 2016. Speaking on Watch What Happens Live with Andy Cohen in 2020, Teresa said of Dina, per The Daily Dish, “She’s doing amazing. Her and David are married. They have a beautiful house… She seems so happy. I’m happy for her.” Teresa was then asked specifically about Dave and replied, “I like him a lot.”