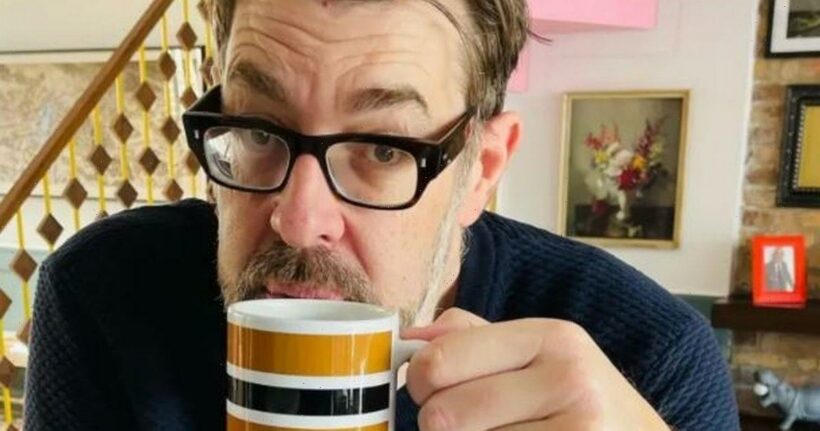 Richard Osman shocked fans of BBC quiz show Pointless this week after he announced he is quitting the hit BBC quiz show.

The popular presenter revealed he will be leaving the programme after over 13 years of holding the reins, and an impressive 1300 episodes filmed over the course of 30 series, leaving viewers devastated.

Richard, 51, is now hoping to focus more on his career as a writer after becoming a best-selling author thanks to his legion of literary fans.

So one major plus to his departure is it will give him more time to spend in his lavish home which just went through a £1million renovation.

He won't struggle to find inspiration in the property which he has shared teasers of with fans on the regular.

From rustic wooden flooring to colourful touches and kitsch wallpapers, he has created a stunning property.

Back in June 2021, he showed off his luxurious bathroom, complete with a walk-in rainfall shower and separate freestanding bathtub.

The masculine-looking room featured black glossy tiles and wooden shutters as well as panelled glass around the shower.

A blue and white theme is seen throughout the residence, including in the master bedroom and a games room and a reading nook.

The leisurely vibe is accentuated by a pool table and window seat with a view of the garden, while the living room boasts a large flat-screen TV and yellow velvet sofas which have proven a big hit with his cat.

Elsewhere in the property, there is a pink staircase where artwork and photographs add a personal touch.

Richard already put the perfect workstation in place for his writing work with a desk teamed with a grey velvet chair in front of an upstairs window.

Richard may have stepped away from Pointless, but he will continue to host the spin-off Pointless Celebrities.

A BBC source said: "Quiz fans and housewives all over the country will be gutted by this news. Richard has become a staple of the daytime schedule but sadly all good things must come to an end.

"Richard has loved every second of doing the show alongside Xander but he really wants to give his all to his writing career which has been an enormous success.

"His departure is completely amicable but he just does not have enough hours in the day to do everything so sadly something had to give."