Sara will be matched with her dancing partner on Saturday's pairing show, ready to take to the dance floor with all the usual glitz and glamour of Strictly.

But entrepreneurial expert Sara is mostly looking forward to ditching her "serious" persona from the Den and having fun whirling around on a very different BBC show.

Speaking to Daily Star and other publications ahead of her dancing debut, Sara spilled a whole bunch of behind-the-scenes secrets from her time on Dragons' Den.

From wearing slippers on set to being told off by producers, here's what Sara had to say…

Sara's friends hope to bring good luck to their crafty pal in the Den in a very special way.

Sara told Daily Star that as part of her psyching up sessions before each season of the show, she uses gifts bought by her pals to keep them close while filming.

Asked if she would do any special rituals before taking to the Strictly ballroom, Sara explained: "I don't really have any rituals, per se.

"But my friend bought me a really special pen that I use every season in the Den, and another one of my friends bought me a little piece of jewellery that I had on."

Sara added: "I'm quite keen to get something that I can do every week [on Strictly]. I don't know if it'll be a ritual or some little piece of jewellery I can wear every week, a brooch or something."

Dragons' Den fans will be keenly aware of the impressive heels Sara and her fellow Dragon Deborah Meaden wear for the show.

Entrepreneurs have even tried to wow the investors in the past with unconventional footwear, including interchangeable heels that were supposedly better for the environment.

But Sara and Deborah don't actually wear their heels full time on set.

When quizzed on whether she would be able to dance in heels, Sara laughed: "Absolutely not, I know that!"

She elaborated: "So, in Dragons' Den, I don't know if you realise, but what they do is – we walk around in our slippers all day, and then the shoes are put on set!

"As soon as they stop filming we put the slippers back on, so I don't even walk around in [heels], let alone be dancing in them!"

She quipped: "As long as they look good!"

Sara isn't afraid to admit that she gets in trouble sometimes on Dragons' Den.

She has been told off on numerous occasions by producers for being "too smiley" when she needs to look like an intimidating Dragon.

But Sara is looking forward to shedding her stern persona and showing people her "fun side" on Strictly Come Dancing.

"To be honest, I kind of struggle with the serious side on Dragons' Den sometimes!" she confessed. "Sometimes the producers say to us, 'Just remember to channel your inner dragon, Sara, stop being so smiley!'"

She added: "I think it'll be nice to be on a show where I don't have to worry about channelling my inner serious side at all, I can just go out and be myself."

And it appears Deborah has clued Sara in on what to expect from the experience while filming the investment show together.

Sara spilled: "Obviously Deborah did the show, and we've spent many a long morning in wardrobe and makeup together, and I ask her all about it!

"She said to me, 'They might ask you one year', and I'm like, 'I really hope they do!'. She said it was just the best experience of her life. She loved the dancing, the community, the atmosphere.

"She said, 'If you do get the chance to do it, just embrace it with both arms, you will absolutely love it.'"

Chuckling, Sara confessed to Daily Star: "My two boys are four and seven, and I don't think they quite get [Strictly]. All their friends at school said they can't believe their mum is going on Strictly, but they just…

"When I went on Dragons' Den, they were mortally disappointed because all they knew is I kept going away to film Dragons' Den, and we had a big party for the launch show.

"They sat there watching TV and at the end of it they said, 'Well, mummy, that's rubbish!' and I said, 'What do you mean?'

"They said, 'Well, you don't really look like a dragon, do you, and that's not a proper den!'

"So I don't know what they'll make of Strictly," Sara laughed. 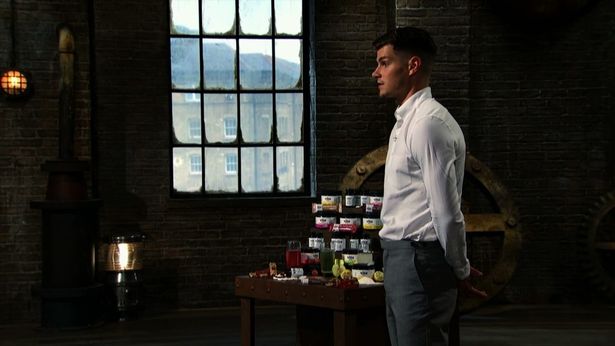 Previously, Sara opened up to Metro about her experiences on the show, admitting the Dragons don't have a clue what they're in for with each pitch.

She explained that black screens will cover the products already set up in the Den, so the audience can see the investors' "genuine reactions".

And pitches go on a lot longer than the 15 or so minutes we're allowed to see as an audience.

Speaking to the publication back in 2019, Sara confessed: "You give [the entrepreneurs] a real grilling and find out what you need to know, but making sure you don’t show your hand because you don’t want to show your hand to the competition who you’re bidding against.

"Even showing your hand to the entrepreneur would weaken your bargaining position.

"It’s a bit like a game of poker. We can be there for up to two hours. The longest we’ve done is two hours and we see six a day."

Strictly Come Dancing begins on Saturday, September 18 at 7:45pm on BBC One