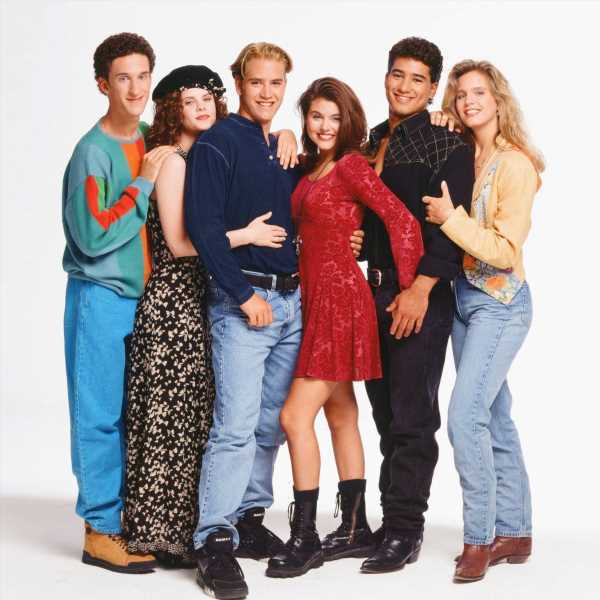 Saved by the Bell wrapped up when its characters graduated high school. Zack Morris, Kelly Kapowski, Screech Powers, A.C. Slater, Lisa Turtle, and Jessie Spano were all headed off to colleges around the country. That should have been the end of it, but NBC brought some of the cast back for a spinoff. Saved by the Bell: The College Years not only flopped with fans of the original series, but it created serious continuity issues. So, what schools were everyone headed off to before NBC picked up the spinoff? You might have figured it out; no one was slated to attend the fictional Cal U depicted in the short-lived series.

Kelly was also slated to attend a California college, but not Cal U. the show’s writers highlighted the Kapowski family’s financial problems several times during the show’s run. She revealed she couldn’t go to an expensive college due to finances in one episode. Kelly seemed to settle on California State University, Northridge, although she popped up at Cal U during the spinoff without any explanation.

Zack, Lisa, and Jessie were all headed to east coast schools at the end of ‘Saved by the Bell’

Zack appeared at Cal U during Saved by the Bell: The College Years, but when the original series ended, he was going to a real and much more prestigious school. After scoring over 1500 on his SATs, his mom pushed him to apply to Ivy League schools. He was accepted at Yale and planned to attend.

Lisa and Jessie presumably attended the schools they mentioned during the final season of Saved by the Bell. Lisa headed to New York to learn about fashion at the Fashion Institute of Technology. The Peacock reboot of the series revealed that Lisa went on to become a famous fashion designer. During the reboot, she lives in Paris.

Jessie originally wanted to attend Stansbury College, a fictitious school. When the series came to a close, Jessie agreed to enroll at Columbia University. As the reboot revealed, Jessie went on to earn a Ph.D. before settling back down in California. She is currently working at Bayside High as a guidance counselor.

Slater and Tori were off to midwestern universities

Slater spent most of his childhood moving around, but he found his real home as a high school student at Bayside. If Saved by the Bell: The College Years never happened, he wasn’t planning to stick around, though. In “Wrestling with the Future,” the ninth episode of season 4, Slater is offered a wrestling scholarship to the University of Iowa. Slater wanted to attend the school, although his father wanted him in New York at West Point. To make the spinoff work, Slater abandoned his scholarship to attend Cal U with his buddies.

Tori Scott’s inclusion on Saved by the Bell is a point of contention with fans of the series. She appeared briefly in season 4 to replace the character of Kelly. Tori’s arrival created continuity issues, but the production team did reveal her college plans during her time at Bayside. According to a cast picture, Tori went off to the University of Illinois at Urbana-Champaign. U.S. News ranks the school as the 47th best national university.