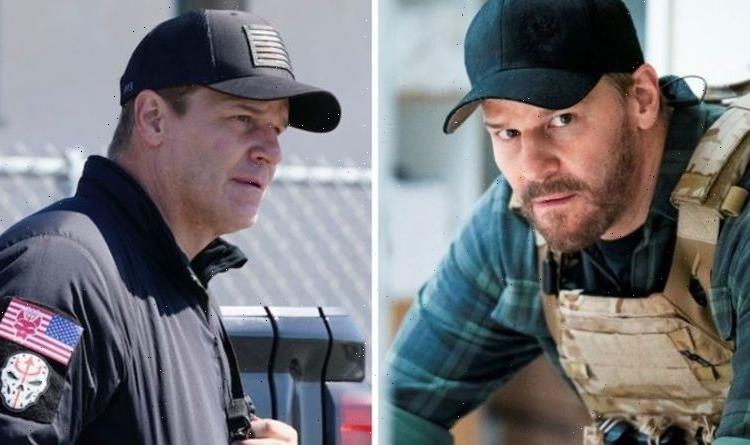 The SEAL Team followed the individual lives of elite Navy Seals as they travelled across the world undertaking dangerous and life-threatening missions. The season four finale saw one get married and another finally sought the help they needed for PTSD, ahead of the release of the fifth season – an unexpected familiar face will be returning.

After the season finale aired in May, fans are eagerly awaiting the release of the upcoming instalment.

One of the viewers even asked TVLine for an inside scoop about what’s to come and a major spoiler was dropped.

Jeffrey from TVLine responded: “I can confirm that series vet Judd Lormand will put in an appearance as Blackburn in the Season 5 premiere.”

He stated: “I can also confirm that I told showrunner Spencer Hudnut that, since Bones alum Emily Deschanel guested as Nathan Fillion’s ex-wife on The Rookie, it is now his turn to have Castle leading Lady Stana Katic appear alongside David Boreanaz on SEAL Team.

“After processing my reciprocal crossover pitch, he responded, “That would be fun! I’m a good fan of hers,” Jeffrey concluded.

Erik Blackburn (played by Judd Lormand) had been a series regular since he was cast in season two, so his unexpected departure left tons of fans confused.

As Commanding Officer of the Bravo Team, it was unusual that he hardly made an appearance in season four.

Blackburn then announced that he was stepping away from the Bravo team, after receiving a promotion to become the Executive Officer of DEVGRU.

Throughout the series Jason Hayes (David Boreanaz) and Blackburn were considered good friends despite their professional status.

As Jason was the Master Chief Special Warfare Operator of Bravo Team, he worked under Blackburn and their friendship permitted them to trust each other, particularly when he would talk Jason out of seeking personal revenge.

After announcing his promotion, his position was filled by Lieutenant Wes Soto (Mike Wade)

Fans also said goodbye to Amanda ‘Mandy’ Ellis (Jessica Paré) after she was demoted to an interrogator for the CIA after working with the Bravo Team as an analyst and CIA liaison.

Her demotion came as a result of giving up the location of a CIA asset at the end of season two.

Mandy made her official exit from Bravo in season four after an emotional deployment to Afghanistan.

In the episode, she told Jason Hayes: “It’s not who I want to be. If I don’t walk away now, I’m going to lose myself forever. And if I stay, you’re going to talk me out of it.”

Although she left the screens, actress Jessica returned to the set of SEAL Team to make her directorial debut, behind the scenes in season four.

As Judd is now billed as a special guest rather than a series regular there is a ton of speculation behind the reason for his return.

In the season finale, it was clear that Jason had begun suffering from a series of mysterious headaches.

They were so painful that it even stopped him from talking to Clay Spenser (Max Theriot) and after 20 years on the field perhaps this is what will force him to step back.

This could also be why Blackburn will make an appearance, maybe he will receive news that Jason is unwell and encourage him to step down or even take on a job away from the battlefield.

All episodes of SEAL Team are available to stream on CBS.