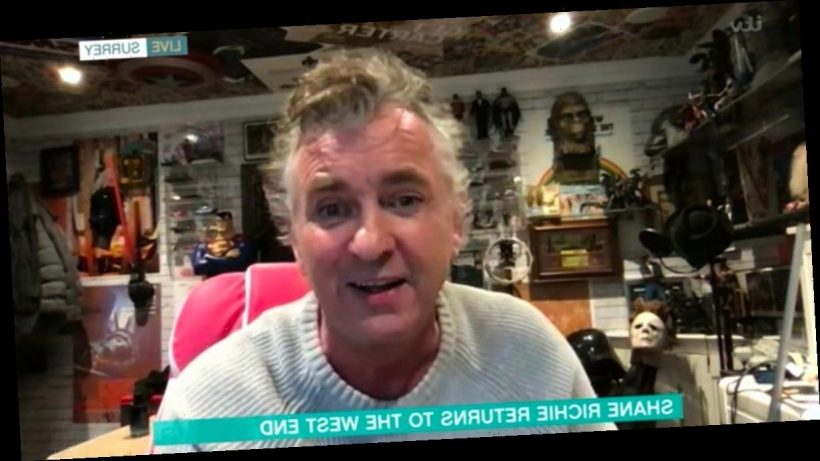 EastEnders legend Shane Richie has admitted he's pilled on the pounds during lockdown.

The actor told This Morning hosts Alison Hammond and Dermot O'Leary that since leaving the Welsh castle he has seen his weight increase by almost a stone.

Shane, 57, says he now is on a mission to trim down so he can fit into his costume for his upcoming West End role.

The star is set to reprise his part of Hugo/Loco Chanelle in hit Everybody's Talking About Jamie when it goes on tour.

The part sees him drag up as Chanelle and rock a size 12 dress and killer heels.

Shane explained: "I lost a stone on I'm A Celeb but then we went into lockdown and now the wight is creeping back on.

"Now we have the green light for the show I am starting to do a bit more training. A bit of boxing.

Shane went on to reveal he's asked bosses to send him the six inch heels so he is able to walk in them by the time his tour kicks off.

It tells the true story of Jamie New who was bullied at school for being different before going on to become a successful drag queen at just 16-years-old.

The show has been met with critical acclaim and has won countless awards.

Before he puts on his heels and hits the road, Shane is starring in an online one man show.

Talking about the kooky project, Shane said: "I was approached sometime last year and we were looking for the right time to do it.

"We didn't have access to a theatre but we wanted to bring in some changes.

"We came up with the idea to make it look like a video diary.

"It was making it from something on stage to something for television. Although I am playing a clown it is a very dark story."