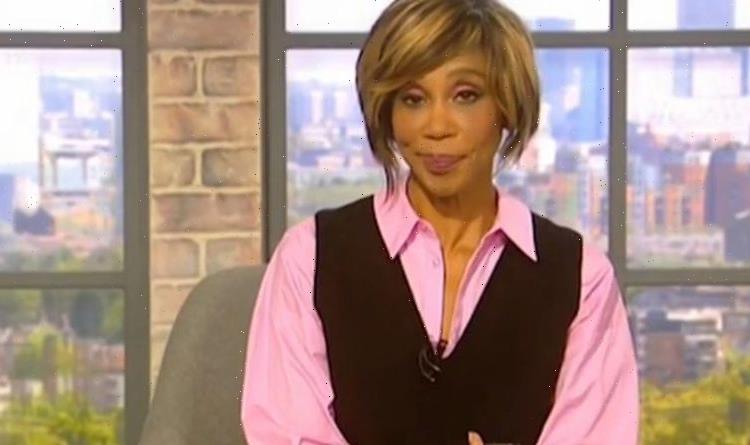 Journalist Yasmin Alibhai-Brown appeared on the Jeremy Vine Show and called for measures to narrow the gap between the richest and poorest in the UK. Ms Alibhai-Brown suggested one of the solutions to the inequality problem would be to cap the pay of the top bosses across the country so the gap could not widen. But an angry caller named Holly furiously disagreed and said people should not be punished for wanting to be successful.

Speaking on the Jeremy Vine Show, caller Holly disagreed with Ms Alibhai-Brown who wanted to see caps on salaries.

Ms Alibhai-Brown believed many workers were disgruntled and unfulfilled in their jobs because the economic gap between them and their bosses was so wide.

She then said “why would you want to live in a country where this happens? and called for a salary cap to address the issue.

Caller Holly disagreed and said: “If you are working hard… you wouldn’t be successful if you didn’t have that drive and desire to every single day be more successful.

“This is why we’re talking about these [CEOs] this morning, they’re inspiring, I don’t know why Yasmin is trying to make this shameful simple…  money is not a dirty word.

“It’s something to be proud of, that we should be commending these people for putting money back in our country.

“They’re going to be taxed loads, I don’t know what she’s talking about why she’s so angry about it.”

Ms Alibhai-Brown said her issue was the UK being a “very unequal country” when compared to the Scandinavian countries.

John Redwood predicts a 'bounce back' for the UK economy

But Holly interrupted and said: “No it’s not Yasmin, why do so many people want to come here? We’re a fantastic country, don’t shame us.”

Ms Alibhai-Brown urged Holly to “go read the research” as Holly could be heard saying she was “proud” of the UK.

The UK Government has announced a nearly £5billion investment into deprived regional areas in an attempt to “level up” ignored communities.

Places like Rhyl in Wales and other northern and former industrial towns will be targeted with the fund to address regional inequality.

In the Spring Budget, Chancellor Rishi Sunak announced the creation of free ports in deprived areas in the north to bring investment into the local areas post-Brexit.

But research by the Salvation Army suggested 45 deprived areas, mainly coastal communities, would not be eligible for the level-up fund.

Rebecca Keating, the Salvation Army’s director of employment services, said: “We want to encourage the government to listen to the communities who need their help. Look up from the spreadsheet and see what we are seeing on the ground.

“There are too many areas of severe deprivation that have been overlooked. We must ensure investment reaches these people; it’s the only way to truly level up the country.”

The UK Government is also having a legal challenge put against it by the Good Law Project who argue the level-up fund is unfairly targeting Tory seats rather than equally shared.