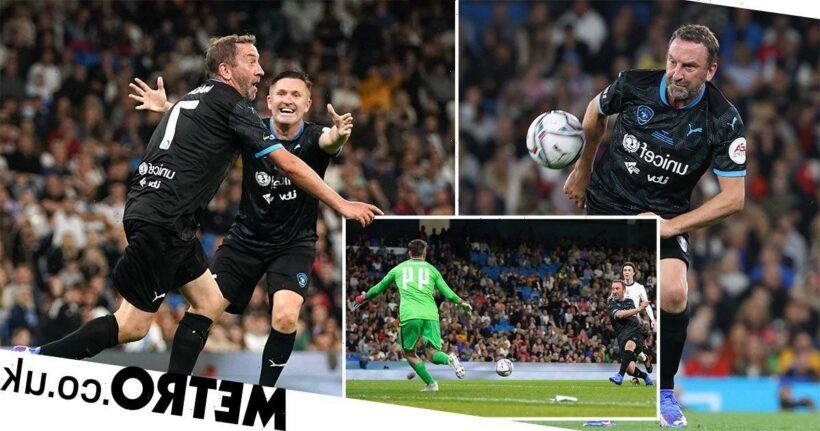 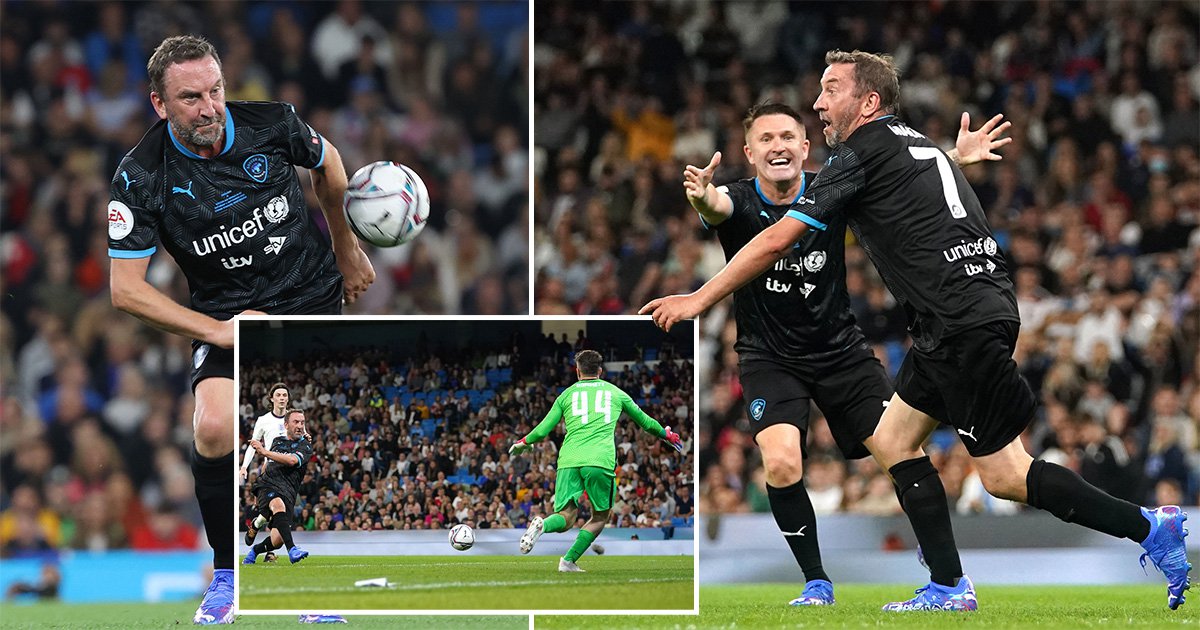 Soccer Aid is always one of the biggest nights in the sporting and celebrity calendar, and 2021’s event was not one to miss.

The game was played in front of a packed Etihad Stadium and fans there in person and watching at home raised a huge amount for charity too.

At the end of the evening, Soccer Aid’s co-founder Robbie Williams revealed that £13,014,769 had been raised for the charity Unicef.

The amount broke records for the event, with Soccer Aid tweeting: ‘It’s official: tonight’s #SoccerAid for @Unicef_uk was a 𝐑𝐄𝐂𝐎𝐑𝐃-𝐁𝐑𝐄𝐀𝐊𝐄𝐑!

The game was won by the World XI team, with Lee Mack scoring the final goal to help them win 3-0 against England.

And the celebration was well worth the wait ð Any words, @[email protected] @WeAreSTV pic.twitter.com/Z6dkJhBVm5

Lee’s goal came in the final seconds of the match after he missed two shots earlier.

World XI’s first two goals were both scored by former Love Island star Kem Cetinay after he got them past Joel Dommett, who’d stepped in as goalkeeper for England after Paddy McGuinness was forced to pull out at the last minute before the match due to injury.

Paddy wasn’t the only no-show on the night as Roman Kemp had earlier had to bow out after testing positive for coronavirus a day before the event.

The stadium erupted as Lee redeemed himself with the goal, as he ran around celebrating before pulling up his football shirt to reveal another top underneath it with pal Rob Brydon’s face on it.

Lee wasn’t the only star who impressed fans on the night as singer Tom Grennan also surprised viewers with his football skills.