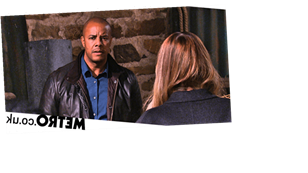 Love rat Al Chapman (Michael Wildman) in Emmerdale was sneaking around behind Priya Sharma’s (Fiona Wade) back and seeing Debbie Dingle (Charley Webb) at the same time, thinking he could continue to get away with it.

However, his attempt at seeing these two women was doomed to fail from the start, and with them both ready to destroy Al, could he be about to exit the village as Debbie forces him to leave?

Debbie surprises Al by suggesting they get married. He agrees, only to realise it was a trap when Priya steps out of her hiding place to confront him.

Al realises he’s been set up and things turn from bad to worse when he returns to the Hop Office and is accused by Kim (Claire King) of taking thousands of pounds from the company bank account.

Later, Marlon (Mark Charnock) urges Al to fight for Ellis (Aaron Anthony) but is then conflicted when Debbie asks him to stick by her as she tries to force Al to leave the village for good.

Will Al side with Ellis or Debbie? Could Debbie really make Al leave?