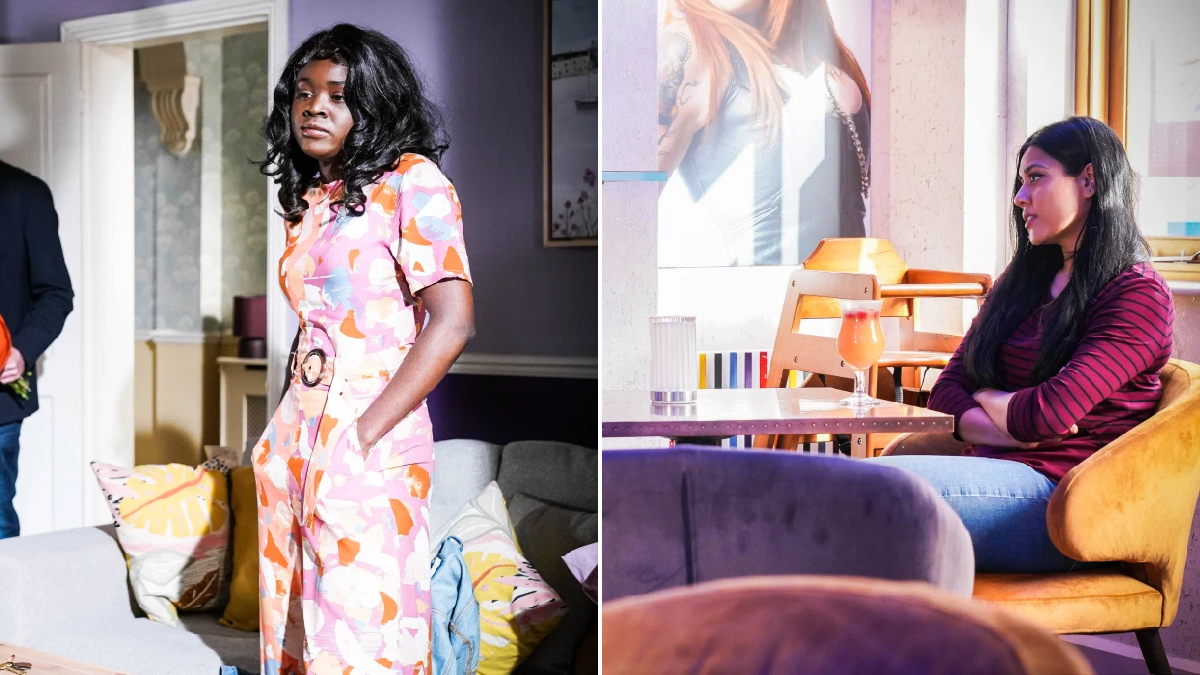 Mila Marwa (Ruhtxjiaïh Bèllènéa) in EastEnders recently revealed to Iqra Ahmed (Priya Davdra) and Kathy Beale (Gillian Taylforth) that she underwent FGM when she was younger.

The reveal came after Kioni (Florisa Kamara) arrived and told Mila their mother would be taking her away for a holiday.

Recognising the similarities with what happened to her, Mila realised Nyangi (Lucy Vandi) was organising Kioni’s FGM ordeal.

After Kioni overheard Nyangi and Mila talking, she ran away, but Mila’s attempts at looking for her sister were brought to a halt after she saw Nyangi getting into a police car.

Kathy initially told Mila she was behind having Nyangi arrested, but Iqra will soon confess she was the one who called the police.

Rocky (Brian Conley) has an idea to bring Mila and Iqra back together and gathers them in the Square after stealing their phones.

Kathy then explains that Iqra chose to stay and help rather than visit Habiba and her baby.

Mila later apologises to Iqra and they decide to move in together.

With Mila planning on becoming Kioni’s legal guardian, moving in with Iqra is certainly another step in the right direction.

Where will things lead for these two?