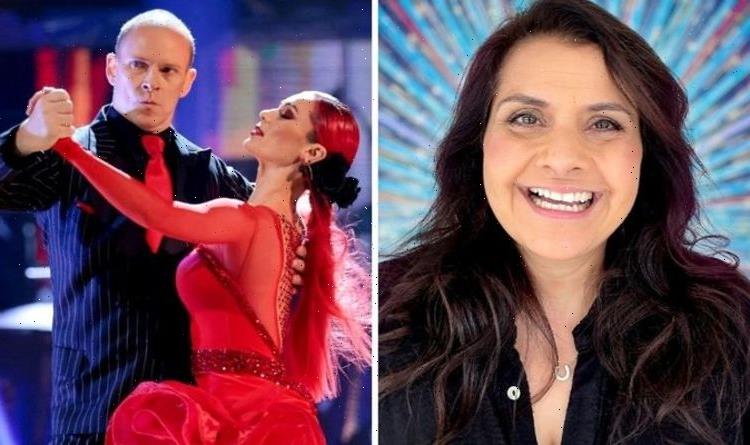 Strictly: Neil jokes that he 'can't wait' to get rid of Nina

Fans were saddened to see comedy star Robert Webb pull out of Strictly Come Dancing due to illness as he explained a heart specialist advised him not to continue with the competition. The actor had heart surgery two years ago but it became “clear that I had bitten off way more than I could chew for this stage in my recovery”.  As a result, fans have called for EastEnders actress Nina Wadia to be given another chance.

In a statement released on Wednesday evening, Webb explained: “I’m extremely sorry to have to announce that I’m withdrawing from Strictly Come Dancing due to ill health.

“Two years ago I had open heart surgery and although I believed I was fit enough to take on Strictly and its demanding schedule, it became clear that I had bitten off way more than I could chew for this stage in my recovery.

“I had begun to feel symptoms that led me to seek an urgent consultation with my heart specialist, and it was her view that it would be better for the sake of my health to step back from the show.”

Now, the BBC’s popular dancing tournament is unexpectedly down another contestant and fans are calling for eliminated celeb Nina Wadia to come back.

Wadia and her partner Neil Jones were sent home in the week two after their Tango scored a disappointing 18 points from the judges.

They were bottom of the leaderboard after their second dance, but their respectable Samba in the Strictly launch show proved they could have gone further in the competition.

Several viewers have now taken to Twitter in order to campaign for Wadia’s return as a replacement for Webb’s exit.

Others simply took to social media to share their sadness over Webb’s exit with others asking if Katie McGlynn, who left on Sunday night with partner Gorka Márquez could return.

Viewer Christopher Lynn said: “Gutted to hear Robert is out of #Strictly. He was great.

“Hopefully they’ll bring Katie back in now. She shouldn’t have been out anyway.”

Strictly have never brought back an eliminated celeb to replace a last-minute departure so it may be the show skips an elimination at the weekend.

There is also the chance the final will feature fewer couples, which will no doubt make the stars more determined to be within touching distance of the Glitterball Trophy.

Calls for Wadia come after she hit out at the show’s “unfair” scoring system and Craig Revel Horwood.

She opened up to Benjy Potter and Amy Day about her elimination during her appearance on Strictly Between Us on Instagram Live.

“If you have a competition, have a level playing field,” she said. “Give everybody a chance, or if not that, then at least mark accordingly.

“You can’t give someone like me a three when I’ve tried so hard and tried something so technically difficult, then at the same time give someone else who’s had a bit of a mistake a seven just because they looked good doing it.”

Wadia admitted she didn’t understand the scoring system at all, and felt it was “shocking” to be marked down so severely in just the second week.

Strictly Come Dancing continues Saturday at 7pm on BBC One.