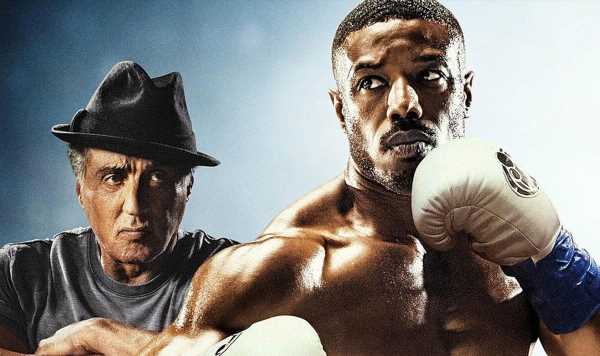 It’s been almost 50 years since Sylvester Stallone first starred in Rocky. The 76-year-old went on to make five solo sequels before returning for the Creed spin-offs as the boxer turned trainer. Michael B Jordan is returning for Creed III next year and a Drago spin-off is in the works, but the original star isn’t involved and has been openly furious at producer Irwin Winkler for not assigning him rights to the character.

Back in July, Stallone called Winkler “remarkably untalented and parasitical”. He stated in a since-deleted post: “I really would like have at least a little WHAT’s LEFT of my RIGHTS back – I believe That would be a FAIR gesture from this 93-year-old gentleman.”

Instead, the rights now go to his sons, Rocky Balboa producers Charles and David Winkler, with Stallone adding: “This is a painful subject That eats at my soul, because I wanted to leave something of Rocky for my children.”

Now in a new interview, the action star was asked if there had been any news on him getting a piece of the pie.

Stallone told The Hollywood Reporter: “No. It’s never gonna happen. It was a deal that was done unbeknownst to me by people that I thought were close to me and they basically gave away whatever rights I would have had. At the time I was so excited to be working and I didn’t understand this is a business. Who knew Rocky would go on for another 45 years? I’ve never used one [line of dialogue] from anyone else – and the irony is that I don’t own any of it. The people who have done literally nothing control it. “

On what triggered his fury, he confessed: “They wanted another Rocky. And I was willing to do it. But I said, ‘After 45 years, can we change the playing field a little bit? Level it out? Can’t I get a piece of what I created all these years ago?’”

Following news of Creed spin-off Drago being in the works, Stallone took a verbal punch at Dolph Lundgren, who played the character in Rocky IV and Creed II.

The Rambo legend wrote: “I once had nothing but respect for Dolph but he NEVER told me about what was going on behind my back with the character I created for him !!! REAL FRIENDS Are more precious than gold.”

However, at the time, Lundgren replied: “Just to set the record straight regarding a possible Drago spinoff. There’s no approved script, no deals in place, no director and I was personally under the impression that my friend Sly Stallone was involved as a producer or even as an actor. There was a press leak last week which was unfortunate. In touch with Mr Balboa – just so all the fans can relax…There ya go.”

Stallone has now confirmed the pair have patched things up, but he’s frustrated that he’s not an executive producer on the Creed movies and had his own ideas for the upcoming third outing.

The first trailer for Creed III is already out and it’s the first Rocky movie without Stallone’s boxing character.

On his absence, the 76-year-old admitted: “That’s a regretful situation because I know what it could have been. It was taken in a direction that is quite different than I would’ve taken it. It’s a different philosophy – Irwin Winkler’s and Michael B. Jordan’s. I wish them well, but I’m much more of a sentimentalist. I like my heroes getting beat up, but I just don’t want them going into that dark space. I just feel people have enough darkness.”