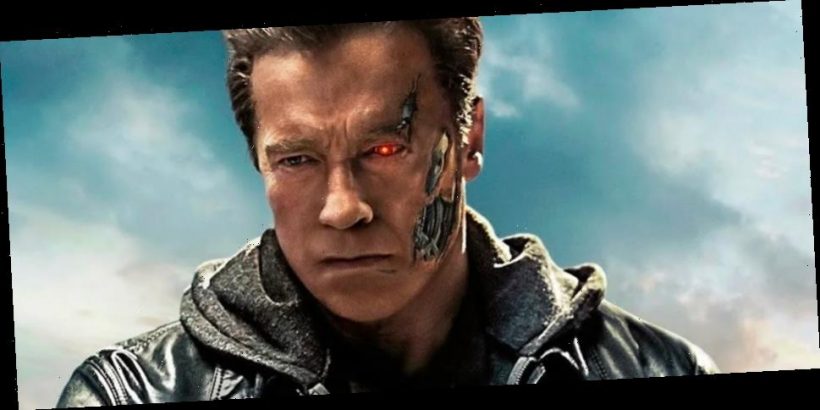 Hasta la vista, live-action – here comes a Terminator anime series! The Terminator film franchise has been met with diminishing returns for years now, and Skydance – the production company responsible for the series – has taken note. Rather than plow ahead with even more movies no one seems to want, Skydance is instead teaming up with Netflix for a Terminator anime series. Mattson Tomlin, who penned the upcoming The Batman, will serve as showrunner.

Netflix has been steadily building up a stable of anime content adapted from movies. They have Godzilla animes, an upcoming Pacific Rim anime, and even a Tomb Raider anime. Now, a Terminator anime series is joining the ranks. The series will be produced by Netflix and Skydance in partnership with Production I.G., which was responsible for Ghost in the Shell: SAC_2045 and B: The Beginning.

Mattson Tomlin, who co-wrote the upcoming The Batman, and also wrote Netflix’s Project Power, will serve as showrunner and executive producer. He said in a statement: “Anyone who knows my writing knows I believe in taking big swings and going for the heart. I’m honored that Netflix and Skydance have given me the opportunity to approach Terminator in a way that breaks conventions, subverts expectations and has real guts.”

Tomlin sneakily teased the project earlier this month on Twitter.

And Mitsuhisa Ishikawa, President and CEO of Production I.G., said: “I asked my long-time friend and colleague Mamoru Oshii what he thought about the idea of turning Terminator into an animated series. His response was ‘Ishikawa, are you out of your mind?’ At that instant, I was confident we should get onboard. As huge fans, our team at Production I.G is putting their heart and souls into creating this series. We hope fans will enjoy it!”

Terminator began its life as James Cameron’s 1984 sci-fi thriller featuring Arnold Schwarzenegger as a time-traveling killer cyborg. The first film is basically a slasher pic dressed-up as a sci-fi movie, and it rules. Terminator was followed by the even-more successful Terminator 2: Judgement Day in 1991, which was also directed by James Cameron and turned Schwarzenegger’s killer robot into a good guy. And honestly, the series should’ve ended there. But Hollywood just can’t leave well-enough alone. Which meant in 2003 we got Terminator 3: Rise of the Machines. All things considered, it’s not such a bad film – but it’s a big step down from the previous films.

After that came Terminator: The Sarah Connor Chronicles in 2008, which had a committed fandom – but not one big enough to save the show from being canceled. But a TV series being canceled wasn’t enough to dissuade more movies, and we were subjected to absolute junk like Terminator Salvation in 2009 and Terminator Genisys in 2015. In 2019 came Terminator: Dark Fate, which was actually much better than expected. Despite this, the film failed at the box office, and probably killed off the film franchise for at least a few years. Knowing how these things work, someone will probably try to revive the film series at some point. For now, though, there’s this new anime series to look out for.