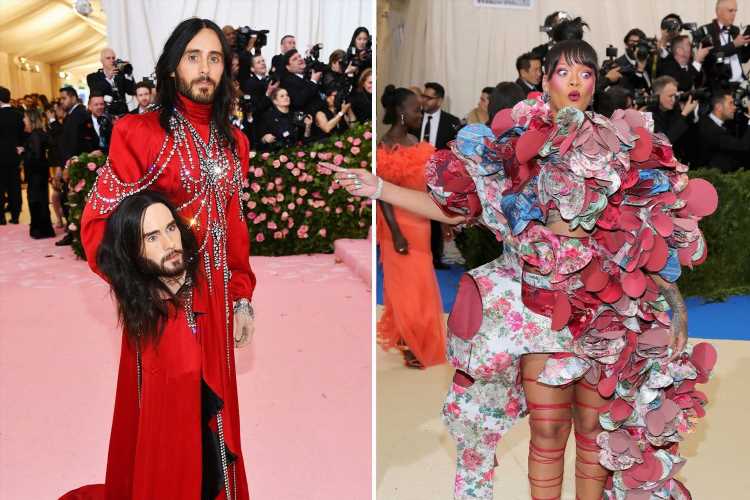 CHECK out the top 10 craziest Met Gala looks over the past years, which included the now-pregnant Kylie Jenner's fluffy gown and Jared Leto's fake head. 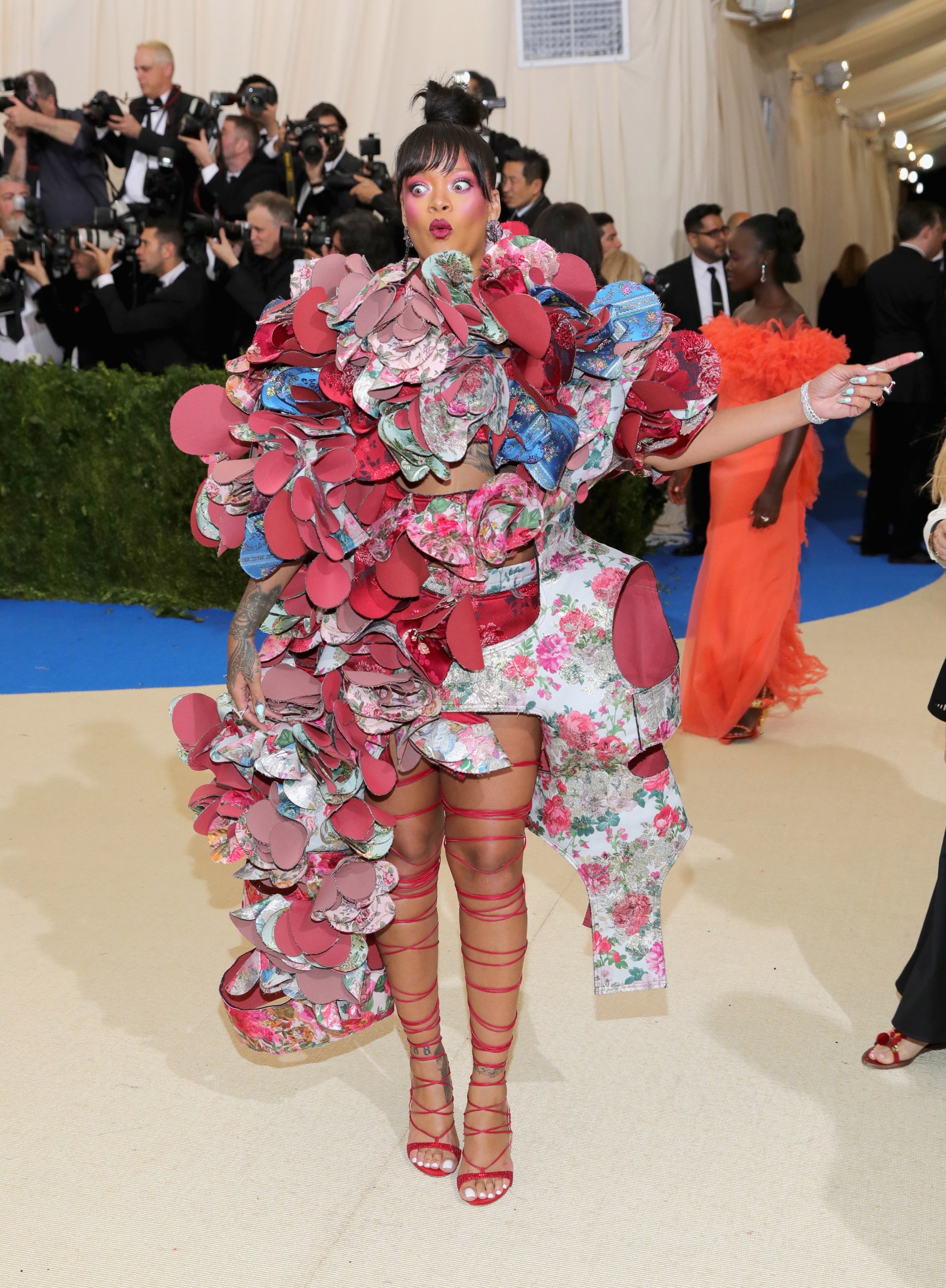 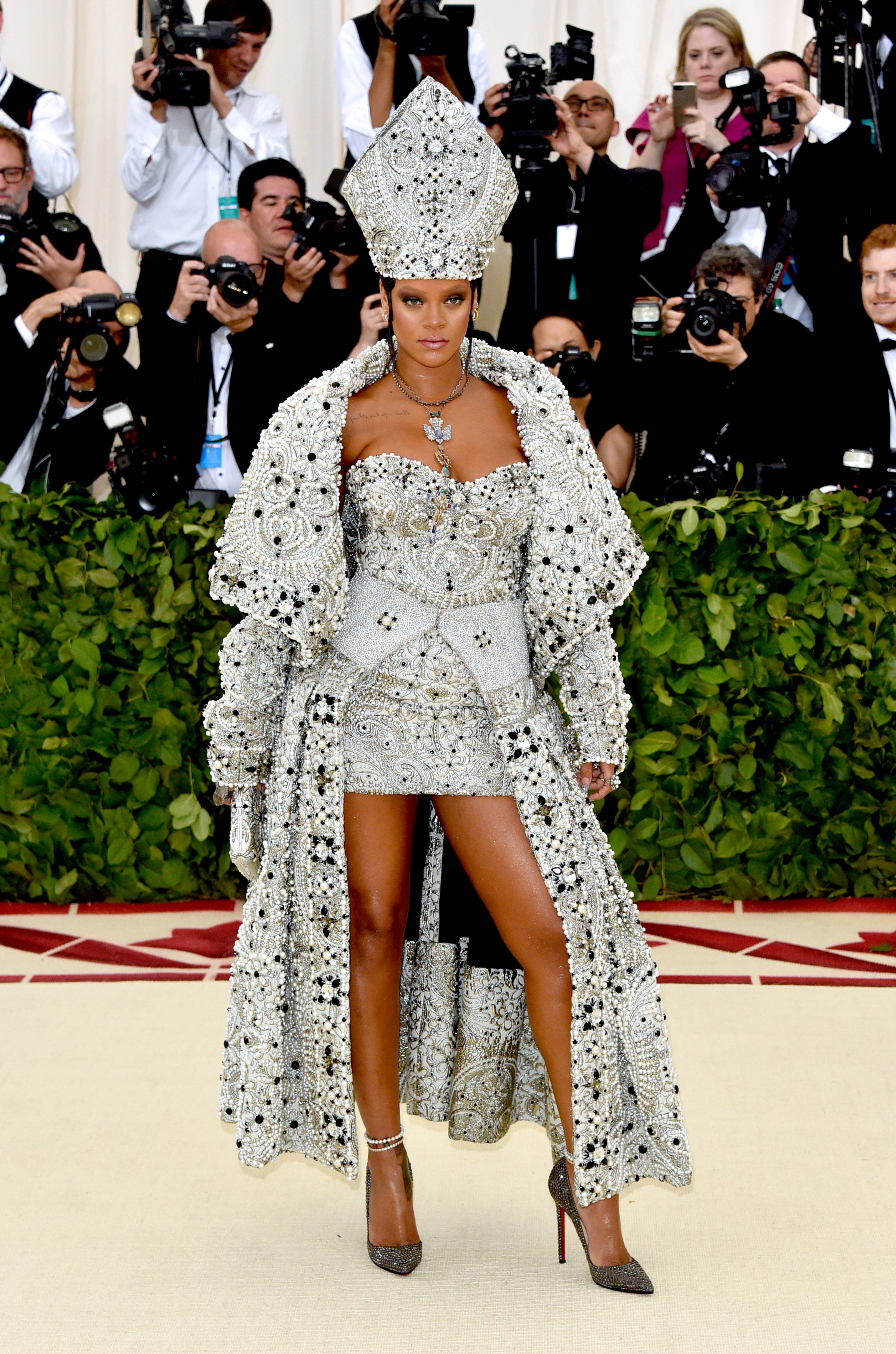 In preparation for fashion's biggest night, let's discover who decided to wear what among the exclusive guest list recently.

Rhianna, 33, looked like a fashionable pope with her pearl and jewel-encrusted robe at the 2018 event. The Catholic-inspired look was designed by Margiela, according to Harper's Bazaar.

The Umbrella singer slew with her fancy Pope's hat, which completed the religious look.

Back in 2017, the Valerian actress stunned the red carpet with another outrageous wardrobe, which was made up of floral designs. 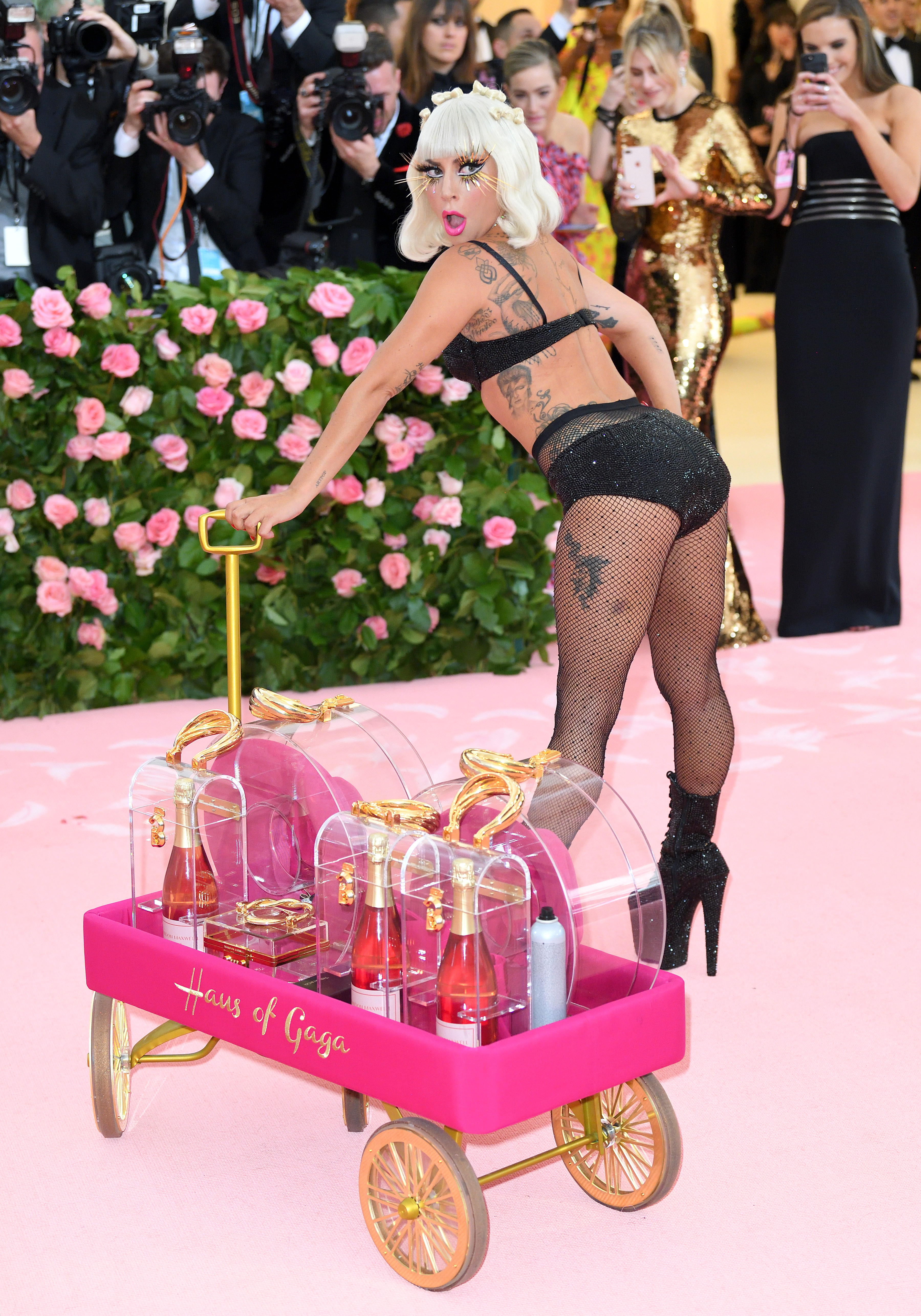 Lady Gaga, 35, provided a striptease of her own at the 2019 event as she removed her pick dress and showed off her crystal bra and pantyhose, according to TIME. 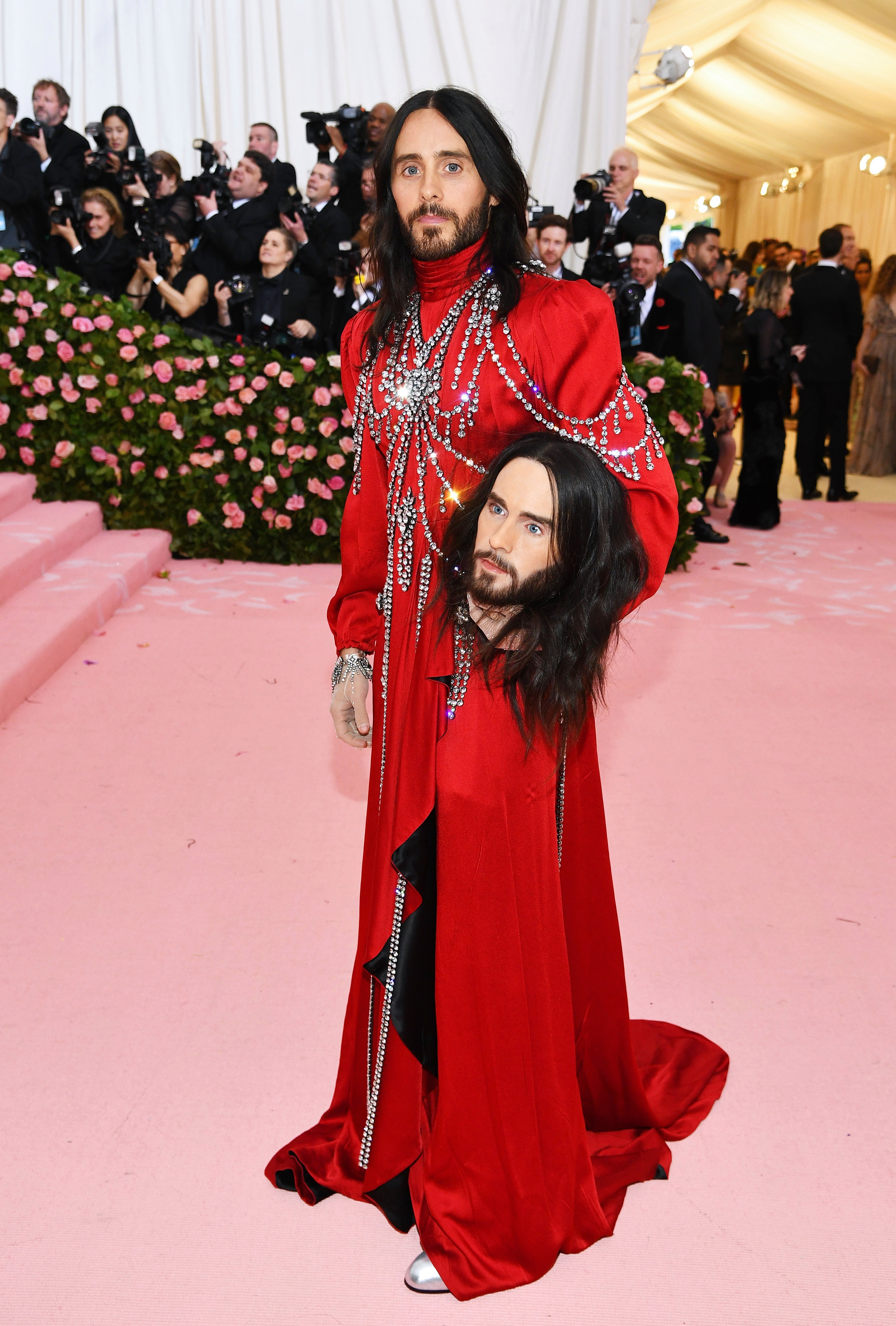 The Suicide Squad actor arrived at the 2019 gala wearing a red and silky Gucci gown, according to Huffington Post.

The movie star's red gown also had a high neck and puffy shoulders.

The outfit was not complete without the 30 Seconds to Mars rock star showing up with a replica of his head. Jared, 39, walked around with his own fake head, which also had long hair and a beard. 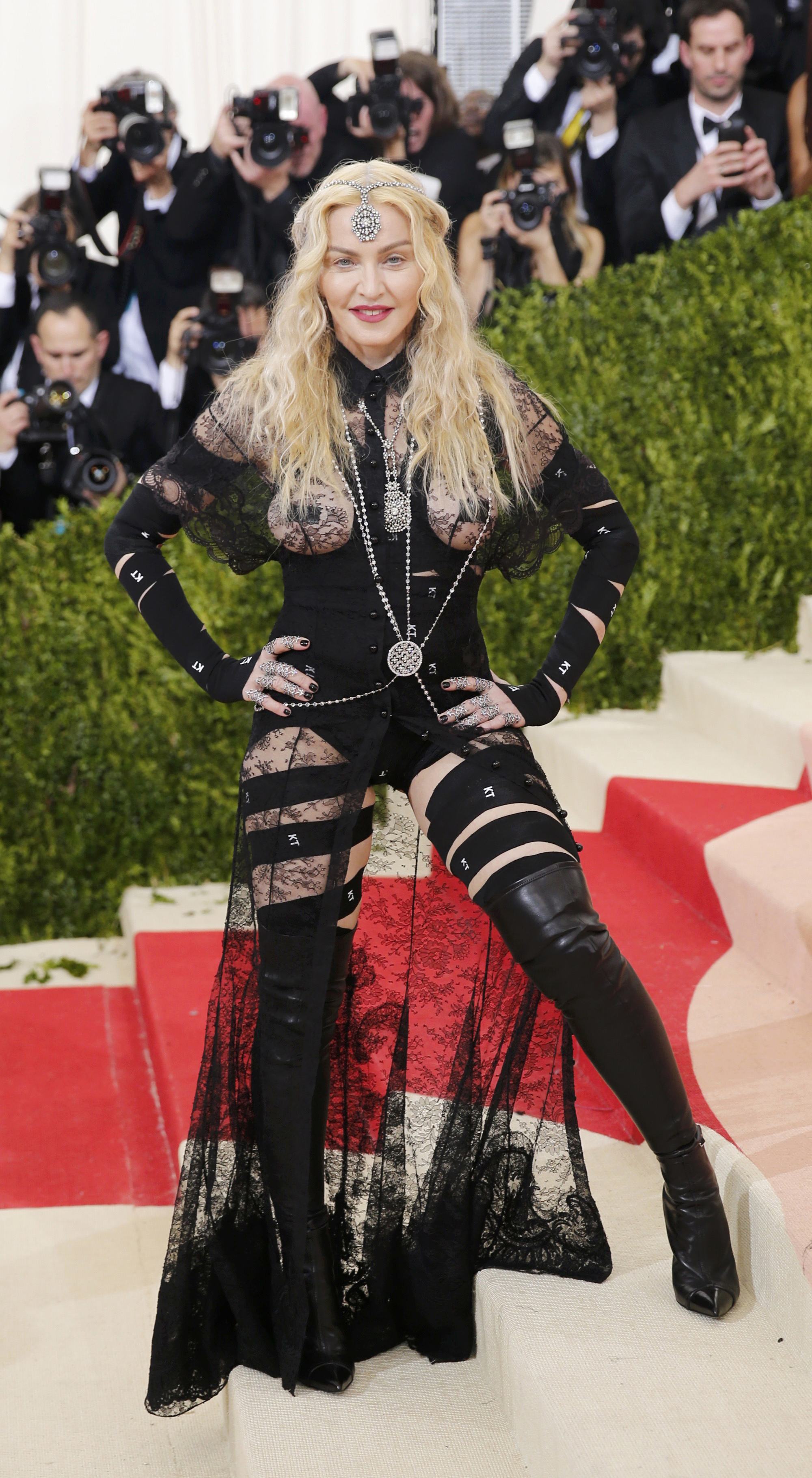 Back in 2016, Madonna, 63, arrived in a provocative outfit, according to The Hollywood Reporter.

The Material Girl singer flaunted her backside while wearing a Givenchy Haute Couture dress with lace and crystals. 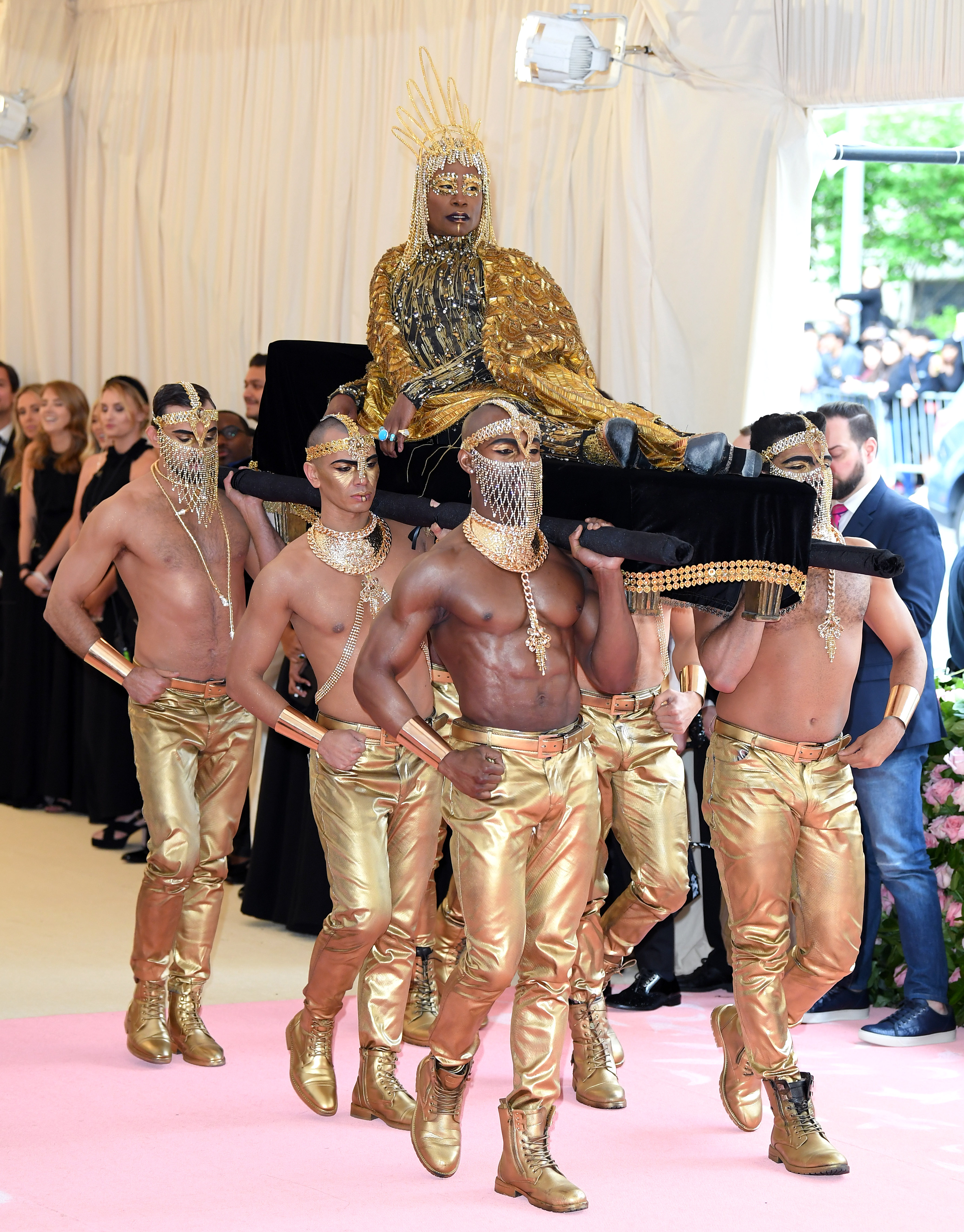 During the 2019 event, Billy, 51, was carried onto the carpet by six shirtless men.

His dazzling ensemble was outfitted with 10-foot wings and a 24-karat gold headpiece, according to Vogue. 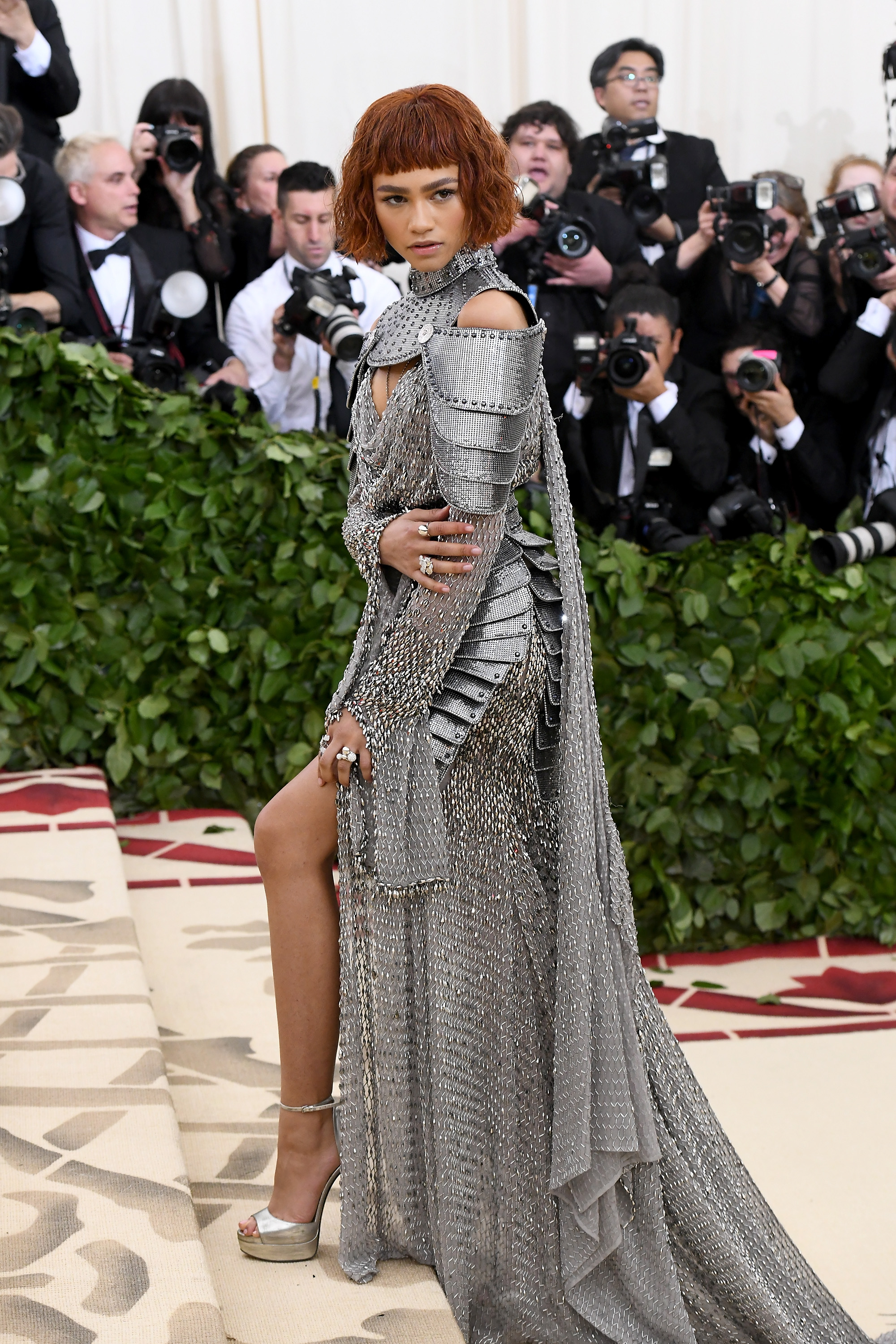 Back in 2019, Zendaya, 25, arrived in a metallic Versace gown which had on an armored neck-and-shoulder piece and a spiked belt.

Inspired by, Saint Joan of Arc, the reddish hair of the Euphoria actress was also cut into a bob, according to Harper's Bazaar. 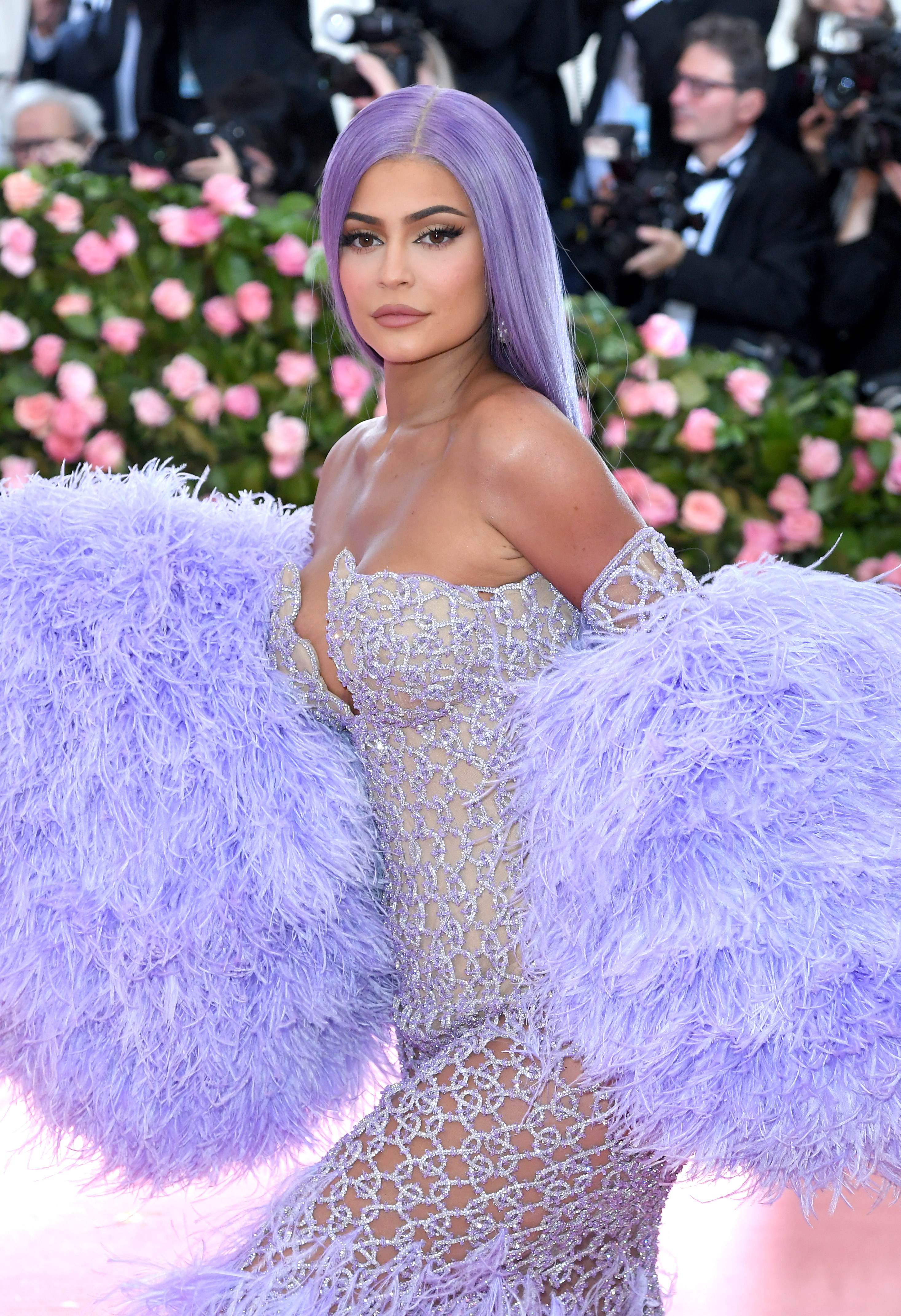 Before she recently showed off her baby bump in a white leather minidress, Kylie, 24, made her 2019 Met Gala appearance a memorable one.

While wearing a stunning Versace gown, the Keeping Up With The Kardashians star wore a purple wig with matching feathers at the tail-end of her dress, according to Vogue.

She also had two large-sized purple pom-poms for each arm. 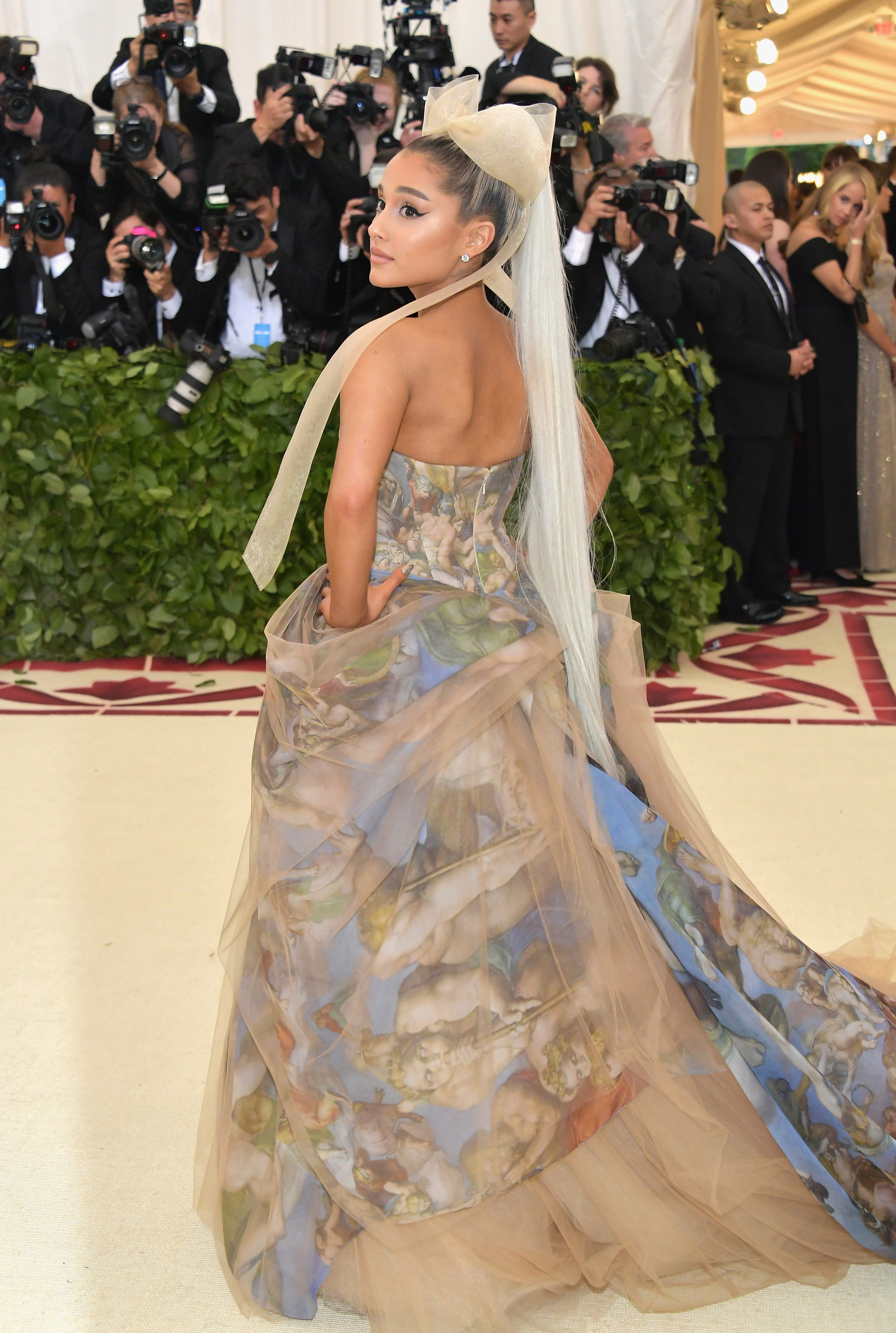 Ariana, 28, donned a Vera Wang gown that had been screen-printed with images from Michelangelo's work, The Last Judgement.

The Sam and Cat actress had on a veil around her head too, according to Vogue. 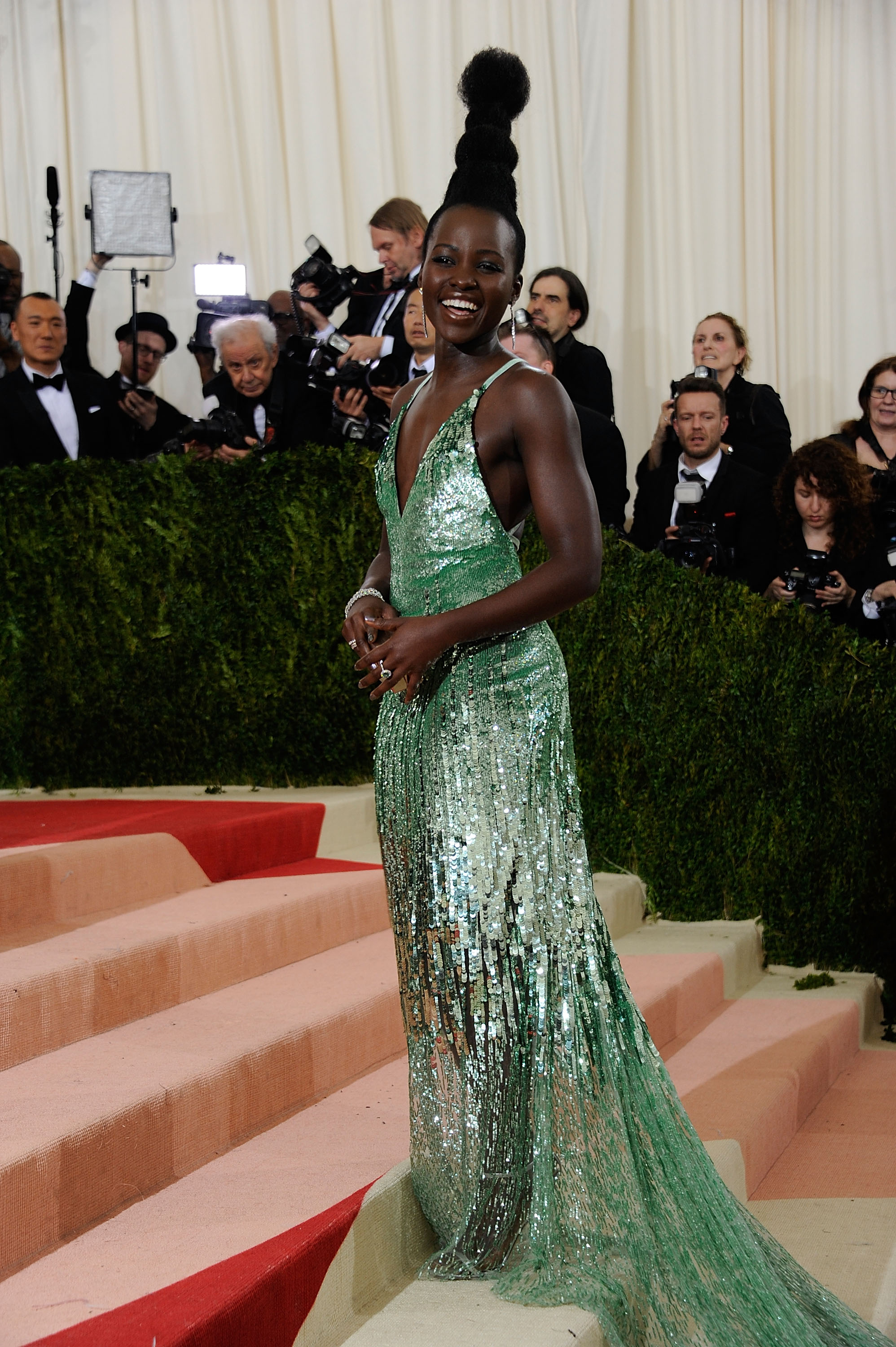 During the 2016 ceremony, Lupita Nyong'o, 38, combed her hair straight up to the sky like Marge Simpson.

She stunned the crowd with her V-necked jade-color dress, according to Vogue.