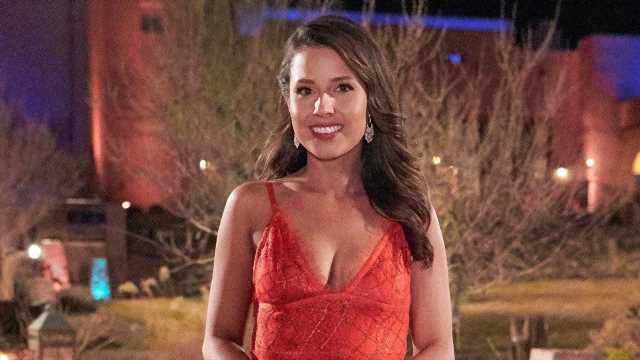 Katie Thurston fell for multiple men on her journey to find true love. Ahead of Monday’s premiere of The Bachelorette, ET’s Nischelle Turner exclusively spoke to the 30-year-old leading lady at ABC’s pop-up picnic, and the bank marketing manager revealed exciting details about her season.

“I fall in love more than once,” Katie teased, adding that whether she’s still in love is “something to find out.”

“Nothing’s off limits this season,” she said. “Love is love, and I gotta do what I gotta do.”

One thing Katie’s not staying mum about is the Fantasy Suites, revealing, “I have sex in the fantasy suites, so you heard it here first. We all know it happens, but no one’s talking about it!”

Katie’s sex-positive attitude drew viewers to her when she appeared on Matt James’ season of The Bachelor, and it’s something that she said will continue on her season of the show.

“I’m embracing who I am and if a guy can’t accept me being sex-positive or talking about sex, it’s just not gonna work out,” she said. “There are some people who are a little traditional and old school, but people around my age and younger, we’re here for it. It’s 2021, embrace your sexuality and be an empowered woman.”

On top of being sex-positive, Katie said that her biggest want in a husband is someone who’s “passionate about life [and] for what he’s doing in life.”

“Definitely a good sense of humor,” she added of other important qualities of her potential beau. “And then kindness. I think that’s a really big thing that people kind of overlook.”

Katie seemed pleased with her options, telling ET that her “hot” suitors “are so great this season,” before pointing out the importance of the diversity that they showcase.

“Diversity was very important, but also getting to highlight their stories. I think that’s something that unfortunately a lot of people missed with the women on my season,” she said. “… I’m really excited for everyone to get to know these guys, know their stories, because they have something great to share.”

Despite being quick to gush about the contestants on her season — and her reveal that she falls for multiple men — Katie admitted that her journey for love was “very hard.”

“There’s a moment where I am ready to call it quits,” she admitted. “This is not easy.”

Katie’s season has already been set apart from others, as Chris Harrison did not serve as host. Rather, he decided to step away from the franchise after defending Rachael Kirkconnell’s past racist actions. Both Chris and Rachael  have apologized.

“I support any growth that he is going through,” Katie said of Chris. “… I think he’s taken the time away, which is probably a good decision for him… I think whenever he feels like he’s ready [to return] then that’s a decision that he has to make with the franchise.”

In Chris’ absence, Kaitlyn Bristowe and Tayshia Adams helped to guide Katie through her season.

“I was just very blessed to have Tayshia and Kaitlyn help me through that journey. It’s something that I will forever be thankful for,” Katie said. “… If it wasn’t for Tayshia and Kaitlyn and some other people that you guys will find out about, I don’t know that I could’ve done it.”

“They helped me from start to finish,” she added. “… They’d gone through it. [Their advice] really means something to me.”

As for her current relationship status, Katie would only say that she’s “very happy.”

“Everything happens for a reason, and when you embrace that and let go of control then you find your happiness,” she said. “I’m engaged to myself, that’s what I’ve been saying for now.”

Season 17 of The Bachelorette will premiere Monday, June 7 on ABC.