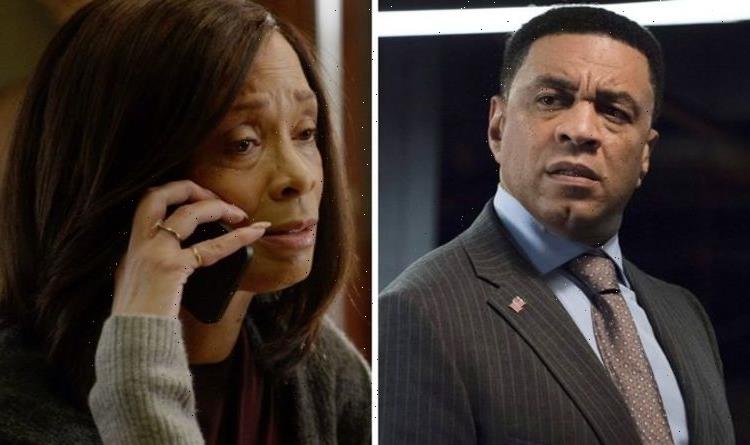 Harold Cooper (played by Harry Lennix) has somehow found himself the number one subject of a murder case in the ongoing ninth season of The Blacklist. As his wife Charlene (Valerie Pettiford) maintains his innocence, some fans of the NBC crime drama are convinced she could have something to do with it.

Charlene has suddenly become the paradigm of honesty as she helps husband Harold fight for his freedom.

After blacking out at the worst possible moment, he awoke to discover his wife’s ex-lover had been killed, and the ballistics report traces back to his own firearm.

Harold fully intended to walk into the station and confess, but he thought better when he realised he can’t remember anything that happened that night.

His wife, however, was furious when she learned he had decided to keep his mouth shut, and urged Harold to hand over the gun.

Some Blacklist fans are convinced Charlene is still acting suspiciously, and could even be framing Harold for the crime to take revenge.

The theory was raised in a recent Reddit thread, which speculated Charlene purposefully tried to keep her husband away from the police in case her cover was blown.

User HarveyMidnight said: “She knows there was a good reason behind it… to protect Harold from a much BIGGER lie this frame up. [not sure what they’re trying to say – this is a frame up maybe?]

“Her act of being so completely devastated after lying to protect him? I don’t buy it.”

Charlene seems genuinely distraught that her husband has been forced to go through this ordeal.

However, she may be playing an incredibly convincing long game and is actually out to frame her husband for a crime he didn’t commit.

The fan continued: “Now the guilt trip for ‘forcing her’ to lie?

“Her attitude makes me suspect, just a little bit, that she might be in on the frame-up.”

Charlene has a history of being dishonest in their relationship but has suddenly decided transparency is the best way to deal with this traumatic ordeal.

Unfortunately for Harold, the evidence pinning him for the murder seems pretty cut and dry.

If he does decide to hand himself and the gun over, he’s all but guaranteed to face trial and could be sent to prison for the rest of his life if found guilty.

But why would Charlene want to put her own husband up for murder?

One fan suggested it could have something to do with his dangerous alliance with Raymond ‘Red’ Reddington (James Spader).

Redditor 1spring replied: “I find her suspicious too. And I can see a clear motive.

“She did not want Harold to go back to the Task Force. Maybe she believed that he had promised her he wouldn’t go back. Now she feels betrayed.”

Their supposedly happy marriage is once again crumbling beneath their feet, and it could mean the end of their relationship if Harold discovers Charlene knows more than she’s letting on.