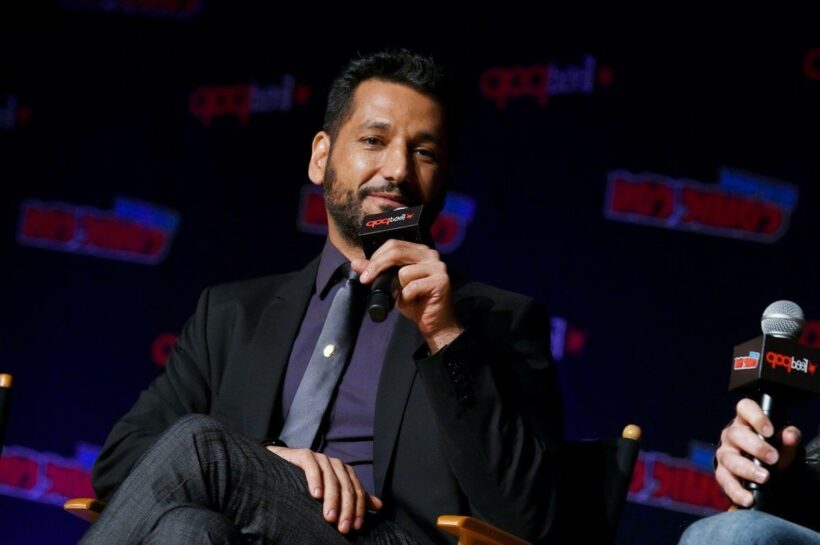 The Expanse Season 6 cast will be looking a little different this time around, with showrunners having ditched Cas Anvar following sexual misconduct claims against the actor. In fact, Cas Anvar’s character, Alex Kamal, was killed during The Expanse Season 5. While fans were sad to see the character of Kamal go, most were happy to see showrunners and the rest of The Expanse cast speaking out in support of those who came forward with information about Kamal’s behavior. In case you needed a refresher, here’s how The Expanse Season 5 killed Alex Kamal.

Following filming of The Expanse Season 5, Alex Kamal’s actor, Cas Anvar, was accused of sexual misconduct. The Expanse cast, crew, and fans were quick to begin scrutinizing the situation, with Alcon Entertainment starting an independent investigation into the matter.

“Latest news from our studio. They are taking the recent allegations very seriously, and have hired an independent third party investigator. Everyone is fully committed to the truth here. But they need a little time to do their work. Updates as I have them,” the James S.A. Corey account tweeted.

“And, if I may, a wholehearted thank you to those who were brave enough to bring this to us. We hear you. This will get the attention and action such serious allegations deserve. I’m staking my reputation on it,” added Ty Franck and Daniel Abraham.

The Mary Sue reported that up to 30 women came forward with claims against Cas Anvar, including one who claimed that Alex Kamal’s actor assaulted her when she was a minor. Cas Anvar agreed to participate in Alcon’s independent investigation, claiming his innocence.

‘The Expanse’ Season 5: How did Alex die?

During the episode “Nemesis Games,” Alex Kamal and Bobbie Draper flew out toward Naomi Nagata in order to save her from suffocating in open space. Alex Kamal pulled some hard maneuvers with the Razorback, spiraling it toward Naomi.

As a result, Alex Kamal suffered a fatal stroke, and Draper was able to rescue Naomi. Kamal’s death was acknowledged briefly as a painful loss for the crew, with Amos Burton pointing out that Kamal died saving his family.

Despite that, the death and their mention of it was brief and barely focused on — it felt as if The Expanse was telling Cas Anvar “good riddance.”

‘The Expanse’ Season 6 is coming soon

The Expanse Season 6 is premiering on Amazon Prime Video on December 10, 2021. Season 6 continues the conflict between the OPA Free Navy, led by Marco Inaros, and the MCRN/UN alliance.

In the meantime, things are heating up on Laconia, where MCRN rogue elements have sequestered a sample of the protomolecule. On Laconia, Dr. Cortázar plans to experiment on the protomolecule, and unlock the mysteries of the Ring Builder structures surrounding Laconia.

How to get help: In the U.S., call the RAINN National Sexual Assault Telephone Hotline at 1-800-656-4673 to connect with a trained staff member from a sexual assault service provider in your area.