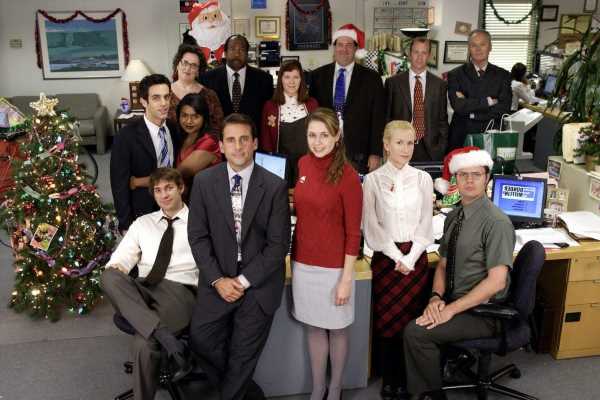 The Office’s Michael Scott was not a fan of bland HR guy Toby Flenderson, so it’s not surprising that his reaction to Toby returning to Scranton after moving away was disbelief and horror. Steve Carell’s delivery of the line was hilarious and meme-worthy — and it was totally improvised off of one tiny note in the script.

The setup made it even sweeter as the episode opens with the staff eating brownies in the conference room and Kelly takes an extra one for Toby. Michael thinks she’s joking and Jim assures Michael that Toby is, in fact, back and working at the office.

Michael goes to the annex area to see for himself, believing that he’s the victim of a prank. He turns to find Toby and, face-to-face with his office nemesis, yells, “NOOOO GOD! NO. GOD. PLEASE. NO. NO!!! NO!!! NOOOOOO!!!”

Fans asked the Office Ladies hosts if the line was scripted or improvised. It turns out Carell brought his comedy chops to the brief scene and made the most of the script’s direction to scream.

“People wanted to know if Michael screaming ‘NO’ and all of that was improvised or if it was in the script,” Fischer shared. “In the script, it just says ‘Michael turns and screams,’ in all caps.”

The way the script read, Carell could have given a more generic surprised scream after seeing Toby, but the actor really put his spin on it and it was brilliant.

“But that whole like ‘No, no, God, no…,’ That was Steve,” Fischer explained. “That was Steve’s interpretation of that script note.”

Kinsey added, “And how funny was that? You guys, if you read that you scream, I think most of us would just be like, ‘Ahhh!,’ right? But Steve made a meal out of that moment.”

The iconic moment went on to become a well-loved and often-used GIF and meme.

Fischer pointed out how the brief Michael Scott moment has lived on. “You know, Screen Rant did a list of the top 15 pop culture references created by The Office, and the meme of Steve saying ‘No!’ is one of them,” she explained.

Why did Michael Scott hate Toby on ‘The Office’?

The Office fans have long wondered why Michael hated Toby so much and Paul Lieberstein, who played Toby, shed some light on the matter during a 2020 List It podcast interview.

“The hatred itself, it was interesting — it was on the episode of Meredith’s birthday where Michael is just supposed to sign a card,” Lieberstein shared. He spent the whole time thinking of something to say… So one of the jokes was — so here he was struggling the whole time and so I walk into his office … and I just go over, write something, and leave.”

Lieberstein said the hatred took off from there. “Steve told me, it was within there that [Michael] started to feel this hatred towards me,” he explained. “He just let it build up. Here’s a guy who just didn’t care about the stuff that he cares about.”

“And then it just went forward. So we never had this meeting where we were like, ‘OK, what if Michael hates Toby?’ It just happened,” Lieberstein added.