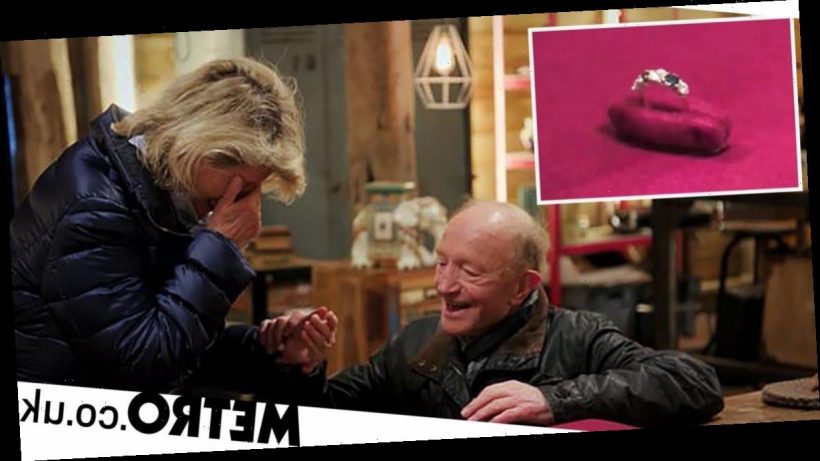 A man got down on one knee after his wife’s precious wedding ring was restored on tonight’s episode of The Repair Shop.

David and his partner Hellie sought the help of goldsmith Richard Talman to fix the beloved accessory, which had been run over hundreds of times after being lost on the couple’s driveway for over a year.

The ring was of huge sentimental value, having been past down from his grandmother to his mother and then onto him.

Sharing how David had popped the question some 20 years ago, Hellie revealed that her husband’s proposal wasn’t exactly a romantic one and that he’d placed the ring inside a parcel with a load of cotton wool.

‘I was scrambling underneath the cotton wool and eventually, in the corner, I found this beautiful ring,’ she recalled.

Hellie added that she was unaware David was asking to marry her as he didn’t get down on one knee. 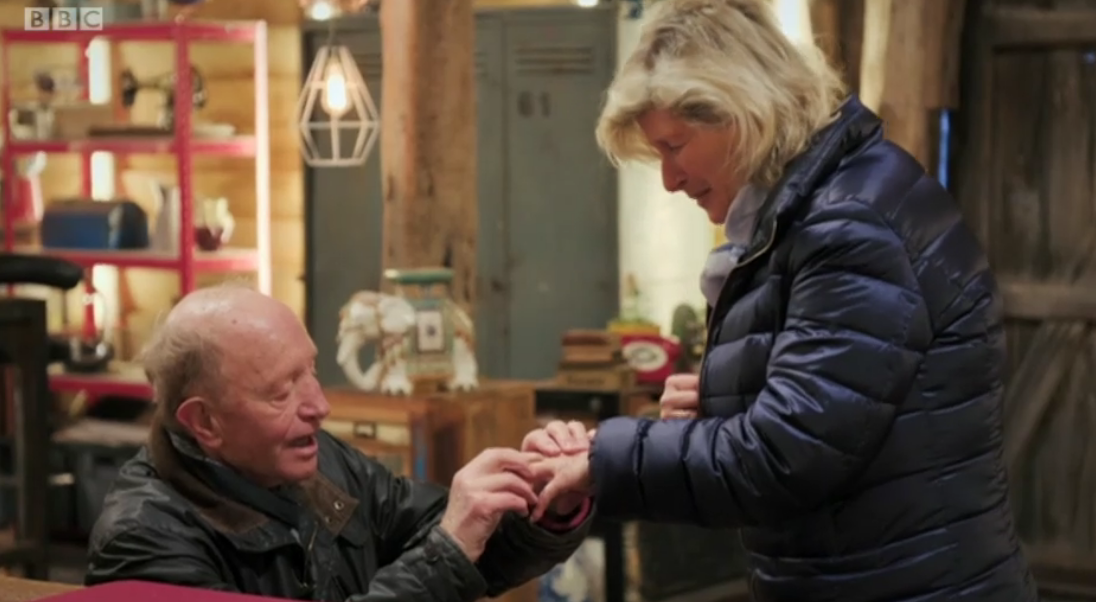 Sadly though, Hellie later lost the ring after it fell off her finger.

‘I was so upset because this wasn’t just a ring that he’d gone out and bought,’ she shared. ‘The ring had a story and a history in his family. I felt I had been letting everybody down by not looking after it properly.’

Luckily, Richard was able to restore the piece of jewellery and as soon as it was returned to the couple, David got down on one knee and placed it on Hellie’s finger.

‘Omg…. absolutely bawling my eyes out at him getting down on one knee to put the restored ring on her finger,’ wrote one.

Echoing a similar sentiment, another added: ‘Yes, I’m crying over someone else’s engagement ring. What a lovely couple.’

We’re feeling all warm and fuzzy inside.

The Repair Shop continues on Wednesday at 8pm on BBC One.